Aaron Eckhart is a well-known and talented American actor who has been seen working actively in his acting career since 1992.

Aaron Eckhart, whose real name is Aaron Edward Eckhart, was born on 12 March 1968 in Cupertino, California, the U.S. as his father, James Conrad Eckhart, and mother, Mary Martha Lawrence. His mother is a writer, artist, and poet, where his father is a computer executive. He has two elder brothers where he is the youngest among them.

Eckhart had a relationship with Emily Cline, where they also had engaged, but in 1998, they decided to live separately. From 2006 to 2007, he lived in a relationship with Kristyn Osborn, a songwriter and a member of SHeDAISY, where he was also seen appearing in their song “I’m Taking the Wheel” music video. Recently, he has been single and not in any relationship.

Aaron Eckhart holds an American nationality and belongs to the White ethnicity. He is currently 52 years old with 6 feet (183 cm) and 75 kg. He had got blonde hair with blue eyes. As he was born on 12 March, his zodiac sign is Pisces. 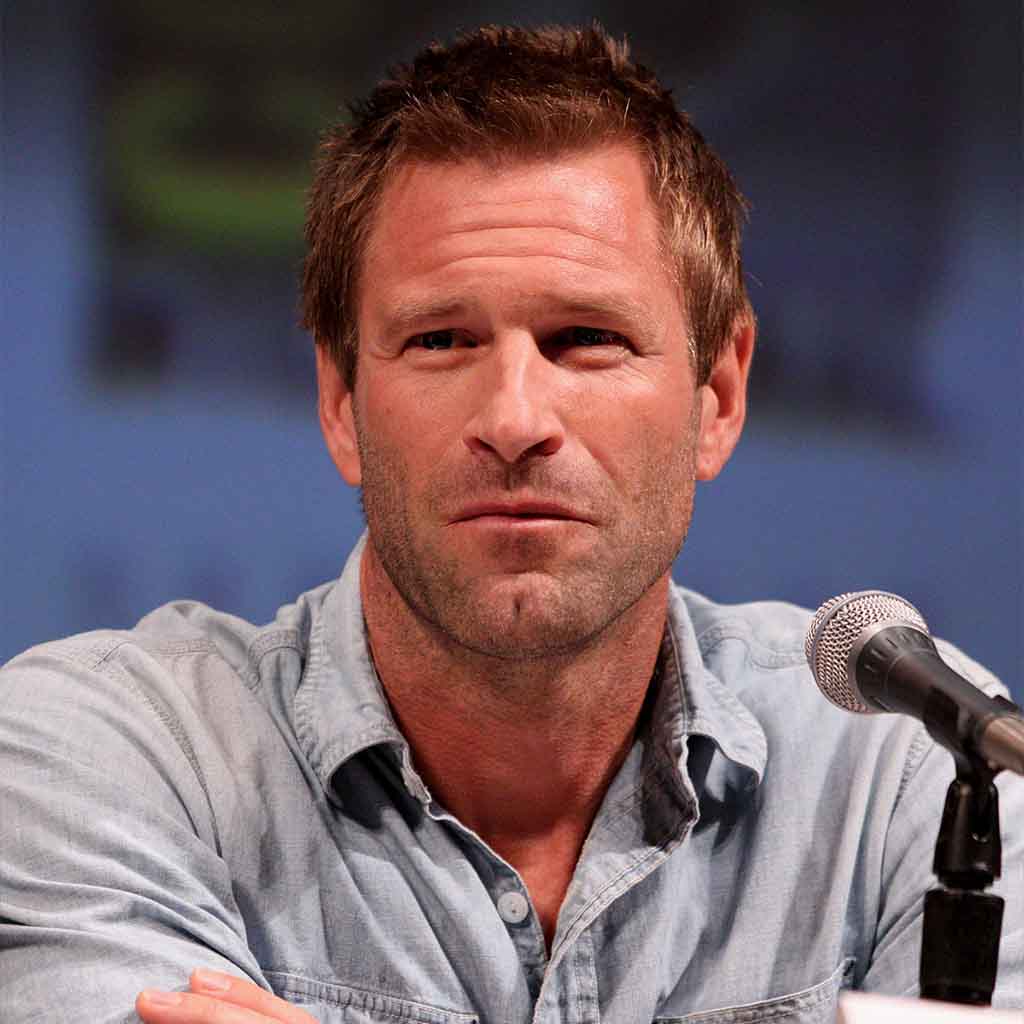 Aaron Eckhart had to move to the United Kingdom with his family early because of his father’s work. For education, he had joined American Community School, where he could learn about acting, and he also participated in a school production as Charlie Brown. Later, he went to Australia, where he attended the American International School of Sydney and focused on his acting career.

He was involved in productions like “Waiting for Godot.” Later, he left his school to work at Warringah Mall movie theatre, but he could earn a diploma through an adult education course. After that, he returned to the United States, attending Brigham Young University – Hawaii, focusing on his acting career. Later, he was transferred to Brigham Young University, and then in 1994, he completed his graduation with a Bachelor of Fine Arts degree.

Aaron Eckhart started his professional career after his debut movie “Godly Sorrow,” He was then cast in several plays by the director or writer Neil LaBute. Later, he moved to New York City, where his hard work made him earn his first commercials television role. He was also seen appearing in an American teen drama television series “Beverly Hills, 90210”. Further, he was also seen appearing in the movies like “Ancient Secrets of the Bible: Samson.”

In 1992, Aaron Eckhart played Dwayne’s role in a television film “Double Jeopardy,” In 1993, he was cast as Samson in “History’s Greatest Miracles. Later, he was seen playing roles in series like “Aliens in the Family,” “Frasier,” and “The Romanoffs.” 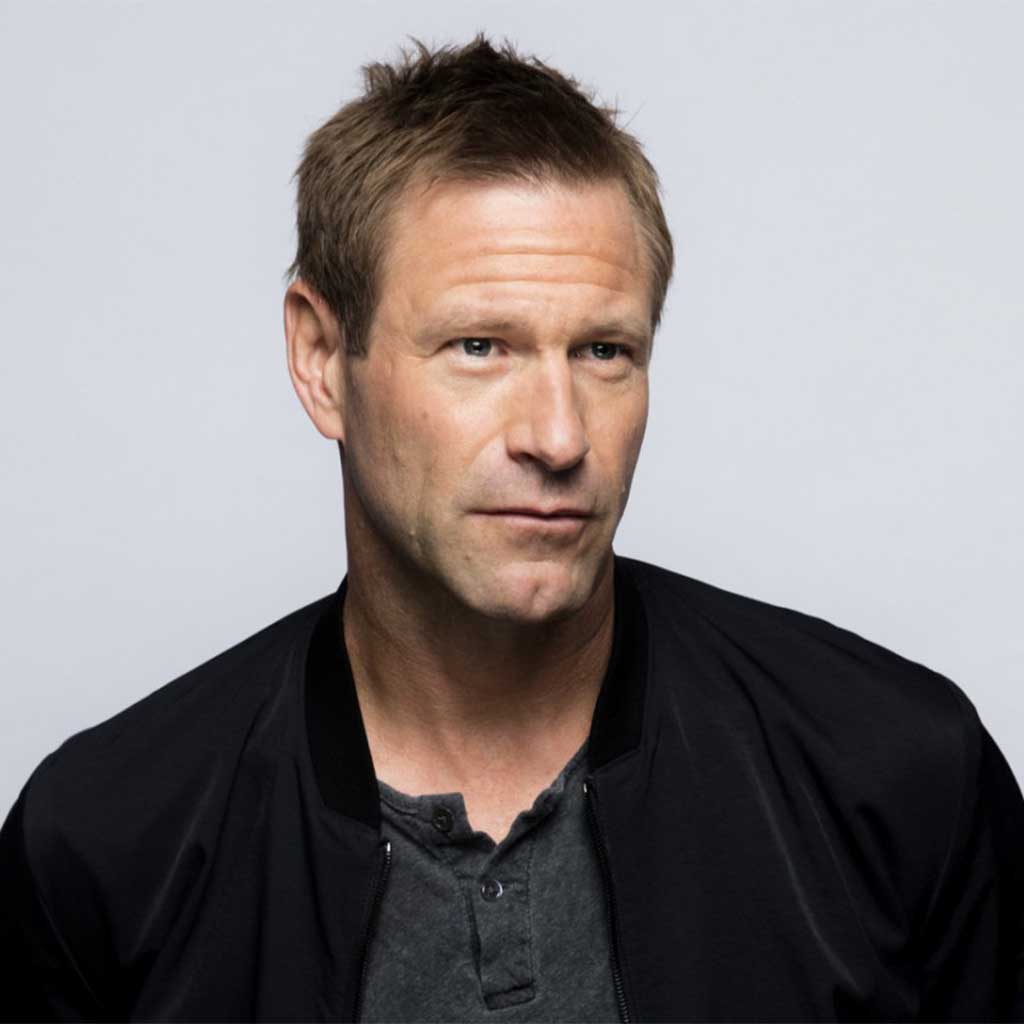 In 1993, Eckhart had been cast as Ken Reynolds in a thriller movie “Slaughter of the Innocents.” Then, he appeared as Chad in a Canadian-American black comedy movie “In the Company of Men” in 1997. He won the Independent Spirit Award for Best Debut Performance and received Satellite Award for Outstanding New Talent for his outstanding performance in the movie. After the movie’s success, he was seen as Barry in a black comedy feature movie, “Your Friends & Neighbors,” written and directed by Neil LaBute in 1998.

In the same year, he was seen as Nick in an American crime comedy movie, “Thursday,” written and directed by Sjip Wood. In 1999, Aaron Eckhart was seen playing the role of Buck McKay in a romantic comedy-drama movie “Molly” and, after that, was seen as Nick Crozier in an American sports drama movie “Any Given Sunday,” which was directed by Oliver Stone. Further, he had been seen appearing as George in an American biographical film “Erin Brokovich.” In that year, he was seen Del Sizemore in the movie “Nurse Betty” and as Man in the film “Tumble.”

Likewise, he had been seen in several movies like “The Pledge,” “Possession,” “The Core,” “The Missing,” “Paycheck,” and “Suspect Zero.”Further, he was seen in a Canadian American fantasy drama movie “Neverwas” as Zach Riley, where he was also the movie’s co-producer. Finally, in 2005, he was seen starring as Nick Naylor in an American satirical black comedy movie “Thank You for Smoking” for which he received three nominations, including Golden Globe Award for Best Actor – Motion Picture Musical or Comedy, Independent Spirit Award for Best Male Lead and St. Louise Gateway Film Critics Association Award for Best Actor. Everyone praised his performance in the movie, and his outstanding work made him earn more fame and popularity.

After success in his previous movie, he played a role in an American romantic drama movie, “Love Happens” in 2009. After that, he was seen in an American independent tragedy movie, “Rabbit Hole,” in 2010. As a result, he was nominated for Independent Spirit Award for Best Male Lead and San Diego Film Critics Society Award for Best Actor. Later, he was seen in his produced American drama film “to Be Friends” in the same year. Furthermore, he was seen appearing in the movies like “Battle: Los Angeles,” “The Rum Diary,” “Erased,” “Olympus Has Fallen,” “I, Frankenstein,” “My All American,” “London Has Fallen,” “Sully,” “Bleed for This Incarnate,” “Midway,” “Line of Duty” and “Wander.” 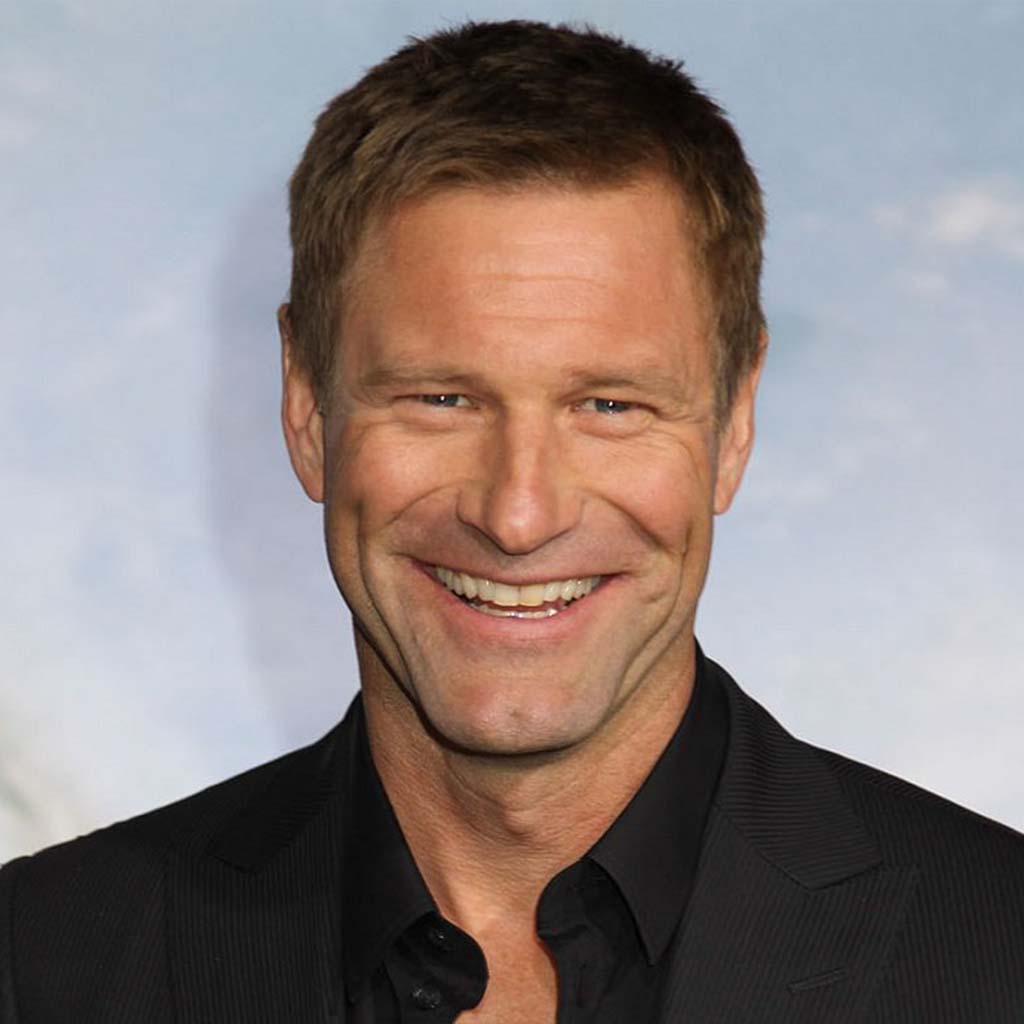 The estimated net worth of Aaron Eckhart is $16 million.