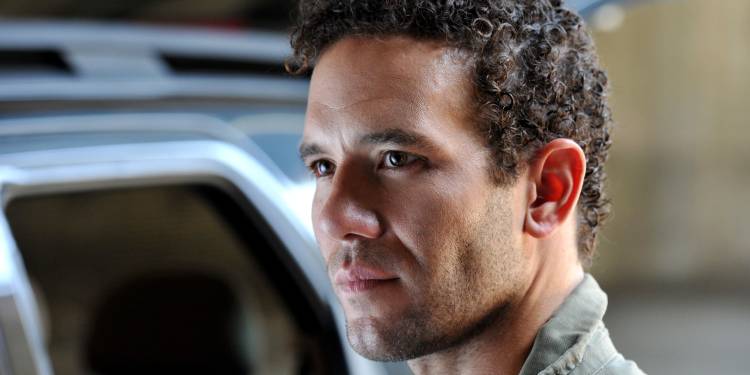 Aaron Lohr is a former American singer and actor. He is well-known in the entertainment industry for portraying the role of Steve in the 2005 movie called Rent.

Likewise, he has also portrayed Max Goof in the 1995 movie, A Goofy Movie. Please stick with us to know more about the actor and the details of his life.

Aaron Lohr was born on the 7th of April 1976 in Los Angeles, California, the United States of America. Unfortunately, he has not revealed the names of his parents at the moment.

Furthermore, we cannot determine if he has siblings or not due to a lack of reliable information. Besides this, he is currently 45 years old with the zodiac sign of Aries.

Aaron Lohr is an American by nationality, and he belongs to mixed ethnicity. He descends from German, French, Belgian, and Dutch ancestry through his parents’ side. Moreover, he is a Christian, and he practices Christianity as his religion.

Talking about his educational background and qualifications, he has not shared much about his schooling-level education.

For further education, he enrolled at the University of California, Los Angeles. He graduated with a degree in theater from the institution.

Aaron Lohr stands at 5 feet and 11 inches (1.80m/180cm) and weighs around 78kg (172lbs). Unfortunately, he has not shared the details of his exact body measurements with the public.

You might want to check out Walker Nathaniel Diggs.

Aaron Lohr gave his debut performance in the entertainment industry in the year 1984. He did not appear in a movie or series but appeared in a music video instead. He appeared as a young boy in the music video for Deniece Williams’ Let’s Hear It for the Boy.

He appeared as an actor for the first time a year later in the 1985 series Saint Elsewhere. However, the breakthrough moment of his career came when he played the recurring role of Nikky Robison. He portrayed the role for a total of 26 episodes in the series Bustin’ Loose.

Another one of Aaron’s most remarkable roles came in the year 1992. He played the role of Mush in the 1992 Disney movie, Newsies. Moreover, he also portrayed Marlon and Russell in four episodes of the 1994 comedy, drama, and family series called Sister, Sister.

His most recent work came in the year 2017. He played the role of Norm in the comedy movie, A Change of Heart. He is also a very talented actor. He won the Young Artist Awards’ Theater Arts Award in the year 1984 for his impressive performance.

Aaron has now concluded his career as an actor. He is currently working as a marriage and family therapist for Avalon Malibu Residential Mental Health and Addiction Treatment Center. He began his journey with the team in 2012.

He also has a Drug and Alcohol Counseling Certification from his college. Furthermore, he is also currently holding the position of Clinical Director for the treatment center.

Apart from this, Aaron is not available on social media platforms. He prefers to keep his personal life away from social media sites and leads a private life. Because of this reason, he is not active on sites like Instagram, Twitter, and Facebook.

You might want to check out Idina Menzel’s ex-husband, Taye Diggs.

Aaron Lohr is a married person. His wife’s name is Idina Kim Menzel, and she is also an American actress. She is also a singer and songwriter by profession. They had not shared the details about their relationship, like how or when they met.

However, we do know that Aaron finally proposed to him on 23 September 2016. Following this, they walked down the aisle a year later, on 22 September 2017. As of now, the couple is living a happily married life.

The couple has also made a lot of public appearances together. They also stole the spotlight again when they decided to buy a $2.5 million house in San Fernando, California.

Net Worth of Aaron Lohr

Aaron Lohr earns a handsome amount of fortune through his professional career as a former actor. Moreover, he is also has a decent amount of earnings from his career as a therapist.