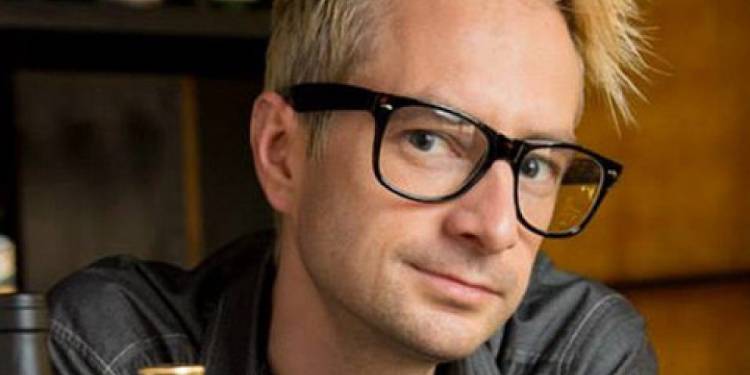 Adam Faraizl is an American actor. He was very popular during the 1980s and 1990s. He is best known for his work in the 1990 action, crime, and science-fiction movie Robocop 2, where he appeared as a bit of a league kid. He made his last on-screen appearance as an actor in 1992 but has appeared in documentaries. Please stick with us to know more about Adam and the journey of his life.

Adam Faraizl’s full name is Christopher Adam Faraizl. He was born on 3 November 1977 somewhere in the United States of America. He has not publicly mentioned the name of his parents. Likewise, he has also kept the details concerning his siblings behind the curtains. Because of this reason, we are unable to determine if he is a single child of his parents or if he has siblings. Besides this, he is currently 44 years old with the zodiac sign of Scorpio.

Adam Faraizl is an American by nationality, and he belongs to mixed ethnicity. He descends from British and Irish ancestry through his parents’ side. Apart from this, he has not shared his religious practices and views at the moment. Talking about his education, he graduated from the University of Victoria in British Columbia, Canada. He studied Pacific and Asian studies during his time at the institution.

You might want to check out actor Bradford Sharp.

Adam Faraizl stands at the height of 5 feet and 10 inches (1.77m/177cm) tall, but he has not shared his exact weight with the public. Likewise, his body measurements are also currently a mystery. However, judging by the actor’s looks, we can tell that he has an average body build. Furthermore, the color of his eyes is blue, and he has auburn hair color.

Faraizl gave his debut performance as an actor in the entertainment industry in 1985. He appeared as the younger version of Arthur for an episode of the romantic drama and comedy television series, American Playhouse. Following his debut role, he has appeared in numerous movies and series, including Johnny Be Good and Lonesome Dove, where he played the role of Joe Boot for two episodes of the series.

The breakthrough moment of his career came in 1990 when Adam was able to grab the role of the minor league kid in the action, science-fiction, and crime movie Robocop 2. Another one of his most notable works came in the same year when he portrayed Eddie Kaspbrak in the mystery, horror, and drama movie, It alongside Emily Perkins. He received a lot of attention through this role, but he claims that he is not a big fan of Stephen King’s novels. Following this, he gave his final performance as an actor in 1992. He played Todd in the television movie, Woman with a Past and Wilson Jeffries in the short video, Where the Red Fern Grows: Part 2.

Since then, Adam has taken a break from the entertainment industry. He is currently working as a beverage director in Texas. Apart from this, he is active on Instagram, talking about his presence on social media platforms. He has around 1991 followers on his account (@adifferentkindofsilence), but he does not have a verified account on platforms like Twitter and Facebook.

You might want to check out actor Ralph Taegar.

Adam Faraizl is currently in a marital relationship with his wife named Sally. They walked down the aisle on 9 June 2006 and have been together ever since. The lovely couple shares two children from their relationship. However, the actor has married twice previously. His first wife’s name is Samm. While their marriage date stays a mystery, we know that they too share a child and separated on 6 February 2001. Likewise, his second wife’s name is Jill, and their marriage took place on 25 October 2001. They have three children from their relationship, but they went their separate ways on 10 October 2005.

Net Worth of Adam Faraizl

Adam Faraizl earns from his career as a director for a beverage company. Furthermore, he has also made a handsome fortune throughout his acting career. As of 2021, his net worth stands at around $1 million.