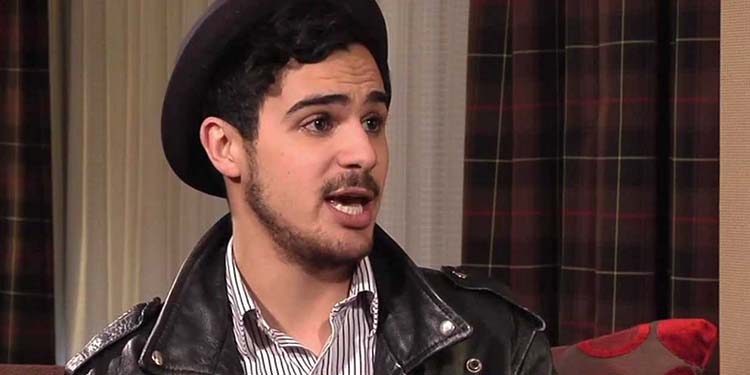 Who is Adamo Ruggiero?

Adamo Ruggiero is a popular Canadian actor. He is famous for his incredible performance in the Canadian teen drama television series named Degrassi: The Next Generation. In this TV show, Adamo Ruggiero played the character of Marco Del Rossi. He has also done few other TV shows.

He comes from such a conservative family but still he portraying the character of a gay teen was not a deal-breaker. He is also gay. He came out of the closet in January of 2008. His family is traditional, but they are okay with him being gay. They want him to be happy.

His nationality is Canadian, and his ethnicity is Italian Catholic. His sexuality is gay.

He has a muscular body standing tall at the height of 5 feet 6 inches or 1.68 m. He hasn’t disclosed his weight to us yet. His body measurements, like the size of his chest, waist, and hips, are not known. His shoe size is also not known. The color of his hair is black, and the color of his eyes is brown.

He studied at the Roman Catholic St. Dunstan Elementary School. After elementary school, he did his secondary level schooling at Cawthra Park Secondary School, located in Mississauga, Ontario. He was deeply interested in acting from a very young age. Due to his interests, he used to participate in many theatrical works.

Adamo made his career debut with the Canadian teen drama TV series called Degrassi: The Next Generation. Adamo played the character of Marco Del Rossi in this show. He acted in it from 2002 to 2009. Similarly, he has also appeared as a host in the popular reality show The Next Star (2008-2012).

Furthermore, he has been cast in the American romantic comedy film named Make the Yuletide Gay in 2009. Similarly, he has played the character of Luis in the Canadian comedy-drama TV series Being Erica. He acted in an episode titled Jenny from the Block in the year 2010.

Moreover, he did a wonderful job as an actor in the 2012 short movie The Pool Date as Rio’s character. He again appeared in Degrassi: Next Class (2016) in the episode titled #ThrowBackThursday.

Degrassi: The Next Generation

In this Canadian teen drama TV show, Degrassi: The Next Generation, Adamo Ruggiero has brilliantly portrayed the character of Marco Del Rossi. The show has 14 seasons and 385 episodes. The show was created by Yan Moore and Linda Schuyler and starred by Miriam McDonald, Aubrey Graham, Christina Schmidt, Melissa McIntyre, Jake Goldsbie, Shane Kippel, Ryan Cooley, Lauren Collins, and many other excellent actors.

The young actor has been honored with a few prestigious awards. He has been nominated for the Canadian Screen Awards and Young Artist Awards. However, he hasn’t been able to win those awards yet.

Adamo Ruggiero is a very private man. He has never opened up about his dating life to the public. Adamo Ruggiero likes to keep his personal life private. There are no records of his past relationships. Similarly, there are also no reports of him dating anybody right now. We cannot say for sure about his relationship status.

The 34 years old actor has been working in the entertainment industry since 2002 and is still actively working in it. He has an estimated net worth of a whopping $1.5 million.