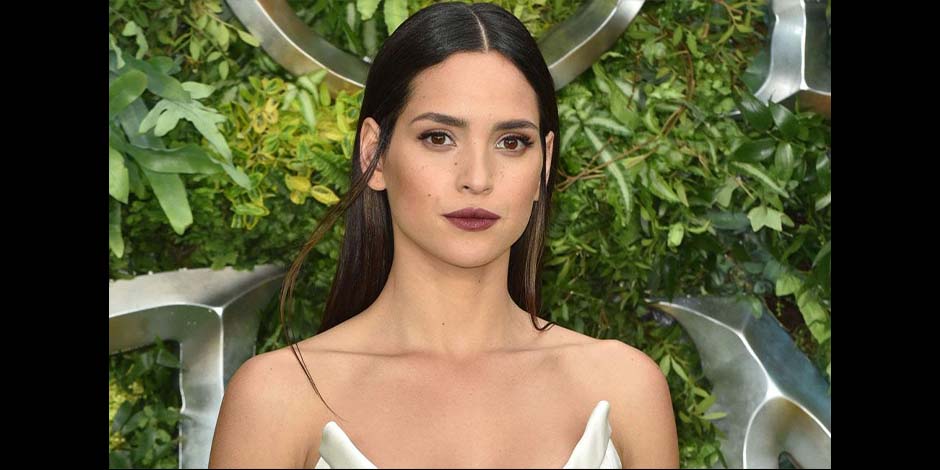 Adria Arjona is a well-known Puerto-Rican actress and model. She is popularly known for her roles in several series like “True Detective,” “Person of Interest,” “Good Omens,” “Emerald City,” and more.  She has been seen working actively since the year 2012.

Arjona is currently single, and she is not in any relationship to till now. 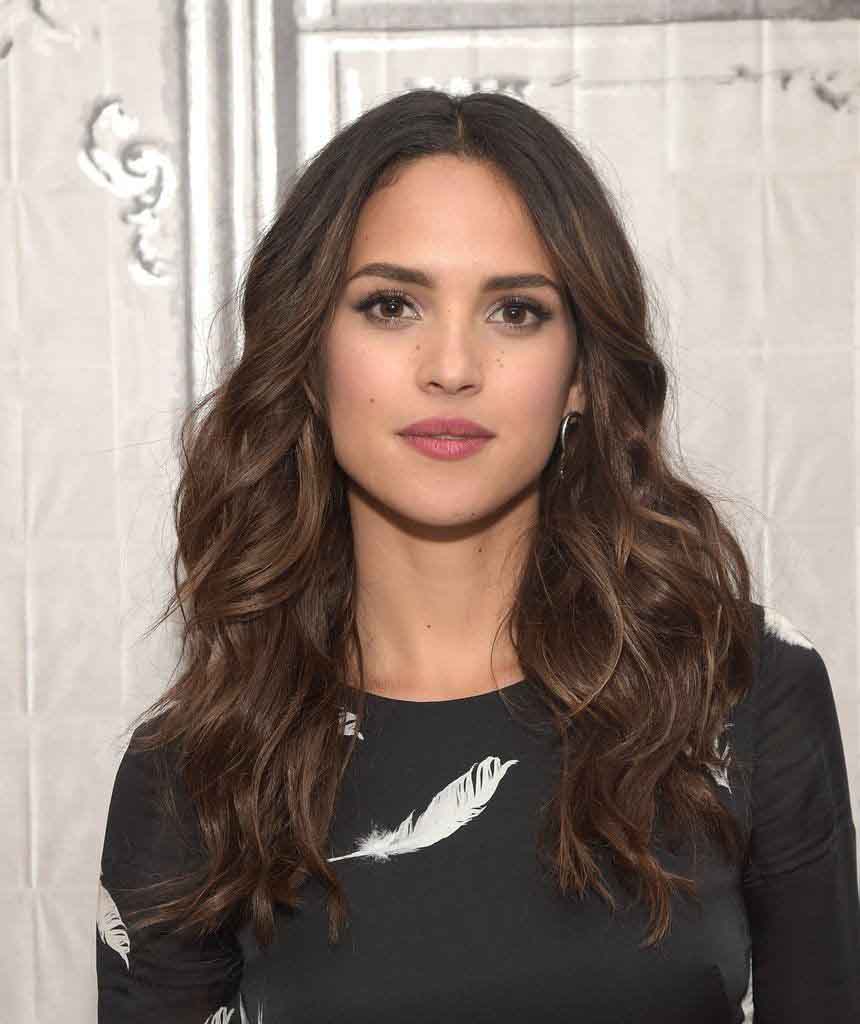 Adria Arjona holds an American, Puerto Rican, and Guatemalan nationality and belongs to a multiethnic group. She is currently 28 years old, with a height of 5 feet 7 inches (170 cm) and 57 kg. She had got the body measurements of 35-24-35 and had black hair with dark brown eyes. As she was born on April 25, her zodiac sign is Taurus.

When she was in her childhood, her father used to take her on his tour, and she had had a chance to travel to more places with her father at an early age. After that, she went to New York City with her parents when she was 12, and she lived there until she turned 18. Later, Adria Arjona decided to move into New York City but not with her family, and then she works as a waitress and hostess. Eventually, she had joined the Lee Strasberg Theatre and Film Institute to conduct a study in acting.

Adria Arjona started her career after being cast into the short movie “Loss” in 2012. After that, she was seen playing the role of Patricia in the film “Wedding in New York” in 2015. In the same year, she was cast in the short movie “Eos,” and later, in the year 2016, she was seen playing the role of Leandra Florez is an American horror thriller movie “The Belko Experiment,” which was directed by Greg McLean and written by James Gunn.

Further, she will be seen as Martine Bancroft in an upcoming American superhero movie of 2021, “Morbius,” based on the Marvel Comics character of the same name where Columbia Pictures in association with Marvel produced it. She will be seen in an upcoming thriller movie, “Sweet Girl,” which will be directed by Brian Andrew Mendoza, written by Philip Eisner. 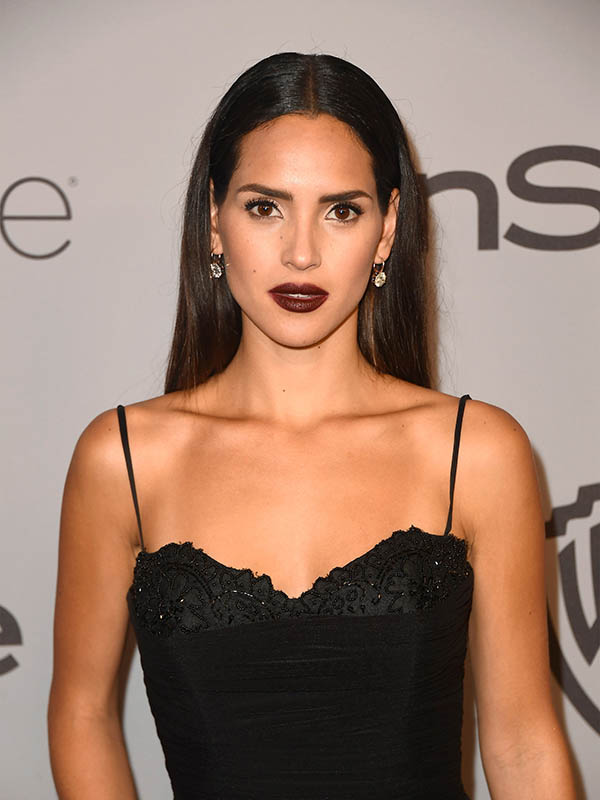 Adria Arjona made her debut in television in 2014 after she was cast as Suzy Houchen in an American police procedural crime drama television series “Unforgettable,” which was developed by Ed Redlich and John Bellucci. Later, in the same year, she appeared as Dani Silva in an American science fiction crime drama television series “Person of Interest,” where she played the role from the year 2014 to 2015 where; the series was aired on CBS from September 22, 2011, to June 21, 2016. Her role in “Person of Interest” received a positive response from everyone, and her performance was loved by everyone, which helps to make her career more successful.

After that, she was seen playing Helena’s role in the episode of “The Sword of Simon Bolivar” of an American drama television series “Narcos” in the year 2015. Likewise, she was back with her outstanding performance as Emily in the sixth episode of an American anthology crime drama television series “True Detective,” where it was created and written by Nic Pizzolatto, for which she received positive feedback for her work in the series. 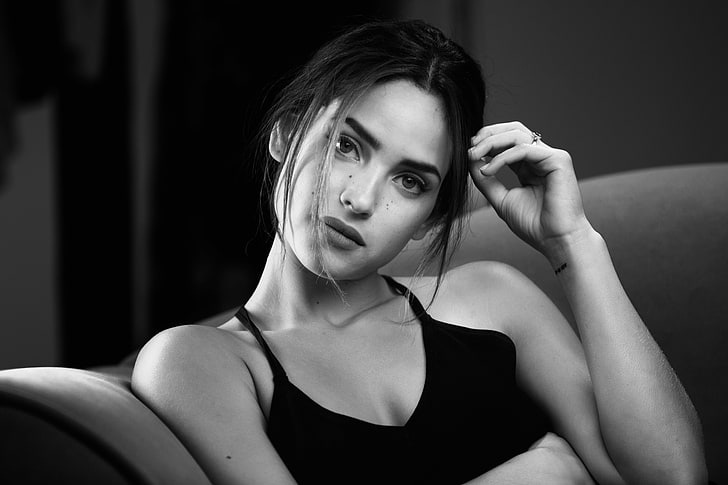 Further, she appeared in an American fantasy drama television series “Emerald City” in 2017, where she was seen playing the role of Dorothy Gale, which is a fictional character. Later, in 2019, she was cast as Anathema Device in the fifth episodes of a miniseries “Good Omens,” based on the 1990 novel of the same name. In 2020, she was seen in an American drama anthology horror streaming television series “Monsterland,” created by Mary Laws and was based on the story “North American Lake Monsters: Stories” by Nathan Billingrud. She was seen playing the role of Mermaid in the series “Monsterland.”

Arjona had also provided her voice-over Ramirez’s character in an online video game, “Fortnite,” developed by Epic Games in 2017.