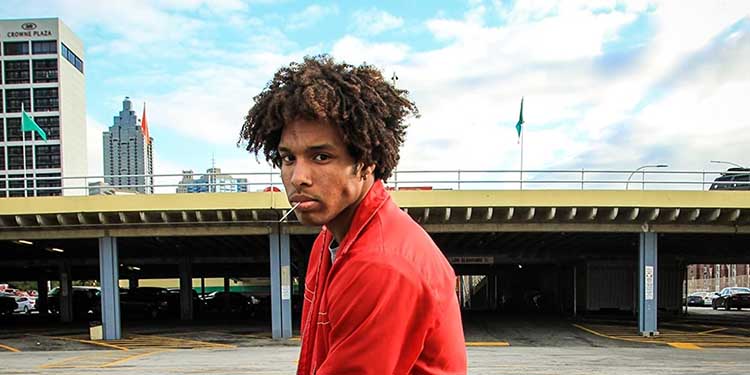 Al-Jaleel ‘Ishaq’ Knox is an up-and-coming American actor. He is best known for his performance as LaShawn in the popular superhero TV show named Black Lightning in 2018. He is also known for his notable performances in Sweet Magnolias (2020) as Gabe Weatherspoon, Raising Dion (2019) as Brett, and Dynasty (2019) as Sterling Wells.

Knox was born on the 25th of March, 1993, in Atlanta, Georgia, United States of America (USA). Not much is known about his parents except that his mother is of the Caribbean and his father is a citizen of the United States of America (USA). Knox was interested in rapping ever since he was a young boy. Later on in life, he joined a rap group called the “Twins of Crime”. However, the group was dismembered, and Al-Jaleel continued as a solo artist.

He was also really passionate about poetry.

His nationality is American, and his ethnicity is African-American.

Al-Jaleel Knox has an average build of height 5 feet 10 inches or 1.78 m. He hasn’t revealed his weight. His body measurements, like the size of his chest, waist, and biceps, are not known. His shoe size is also not known. The color of his hair is black, and the color of his eyes is black as well.

Not much is disclosed regarding his education except that he has attended 7 different schools growing up as his family relocated a lot. We will update this section as soon as new information about his education is known.

Al-Jaleel Knox made his acting debut in 2012 in a TV show called Lena Street Ladies the Web Series, where he played the character of Markous Taylor. In the same year, he appeared in Uncanny X-Men as Rocky. In 2015, he was a part of a short movie named Man in the Mirror, playing Deion’s character.

Al-Jaleel Knox had also appeared as a Teen Guy in the popular TV show The Vampire Diaries in 2015. Furthermore, he played the character of Marty in 2017’s Fist Fight. He was also cast as Tommy Plotkin in Halt and Catch Fire in the year 2017.

Al-Jaleel Knox did a wonderful job portraying the character of LaShawn in 2018 in Black Lightning. In 2018, he appeared as Shooter in Superfly. In the same year, he was cast as Stoner Dude in the hit action movie Venom. He has also appeared as Sterling Wells in 2019’s TV series called Dynasty.

His most recent work was in Sweet Magnolias as Gabe Weatherspoon in 2020.

In this American superhero drama TV series, he has brilliantly portrayed the character of LaShawn. The show was developed by Salim Akil and starred Cress Williams, Nafessa Williams, Christine Adams, Damon Gupton, James Remar, Jordan Calloway, Chantal Thuy, China Anne McClain, and many more. The series has 4 seasons and a total of 49 episodes.

So far, Al-Jaleel Knox hasn’t won any prestigious awards in the industry of movies and Television shows. Nonetheless, in his high school days, he won the Basketball championship with the Youth on Track Warriors in 2008.

What is Al-Jaleel’s net worth?

Al-Jaleel Knox has been active in the movies and television industry for the better part of the decade. He has earned a good sum of money, but since he has not revealed his assets, it isn’t easy to put a pin on his net worth. He lives a simple lifestyle.

Al-Jaleel Knox seems to be active on social media with 2,404 followers on Instagram (@knoxtrodomus). He also seems to have a Facebook account under his name. We cannot speak for their authenticity as the accounts are not verified.