Alan Rickman is a talented and successful English actor and director who have been seen working actively from 1974 to 2016.

Alan Rickman, whose real name is Alan Sidney Patrick Rickman, was born on 21 February 1946 in Acton, London, England, and died on 14 January 2016 in London, England. His father, Bernard William Rickman, was a factory worker, house painter, decorator, and former World War II aircraft fitter, where her mother, Margaret Doreen Rose, is a housewife. She has three siblings. Two were brothers, Michael Rickman and David Rickman, and has one sister named Sheila Rickman.

In 1965, he met Rima Horton, who became his girlfriend at the age of 19. Later, in 2012, he married in a private ceremony in New York City, where they lived together from 1977 until his death. They didn’t have any children. 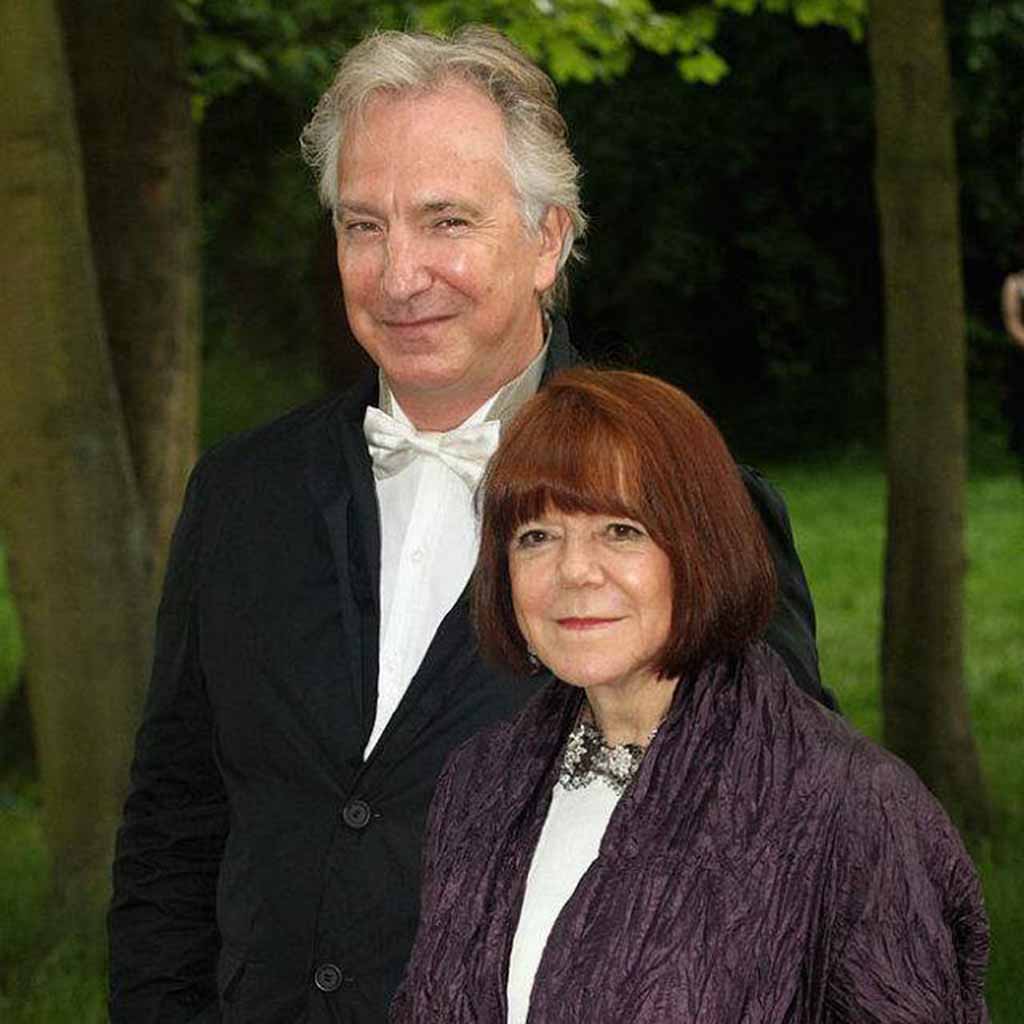 Alan Rickman holds an English nationality and belongs to the ethnicity of English, Irish and Welsh. He died while he was 69 years old. He used to have a height of 6 foot 1 inch (185.5 cm) and weight of 78 kg, where he had dark blonde hair with hazel eyes. As she was born on 21 February, his zodiac sign was Pisces.

When Alan Rickman was in his childhood, his father died because of lung cancer, so that her mother raised him and his siblings. His mother used to work at the Post Office, where she had also married another man but divorced after three years of marriage.

Earlier, he was good at calligraphy and watercolor painting. For his education, he joined West Acton First School, went to Derwentwater Primary school, and joined Latymer Upper School, where he was involved in drama. Later, he left his school and attended Chelsea College of Art and Design, where he appeared from 1965 to 1968. After that, he went to the Royal College of Art, where he was involved from 1968 to 1970.

Later, his training made him work as a graphic designer, where he was seen working for Royal College of Art’s in-house magazine, ARK, and Notting Hill Herald. He had also opened a graphic design studio with his friends’ coordination, and they also received success in their business. Later, he decided to focus on his acting career, so that he attended at Royal Academy of Dramatic Art (RADA) from the year of 1972 to 1974.

Alan Rickman started his acting career from theatre work wherein 1976; he was seen in his first theatre work as Sherlock Holmes in a play “Sherlock Holmes” at Birmingham Repertory Theatre. After that, in 1977, he was seen playing the role of Wittipol in a Jacobean comedy play, “The Devil Is an Ass.” Further, he was seen at Royal Shakespeare Company, playing the various roles in the plays like “Love’s Labour’s Lost,” “Captain Swing,” “The Tempest,” and “Commitments.”

Further, he was seen in several plays including “The Seagull,” “The Grass Widow,” “Bad Language,” “As you Like It,” “Troilus and Cressida,” “Mephisto,” “Les Liaisons Dangereuses,” “Tango at the End of Winter,” “Hamlet,” “The Winter Guest,” “Antony and Cleopatra,” “Private Lives,” “My Name is Rachel Corries,” “Creditors,” “John Gabriel Borkman” and “Seminar.” 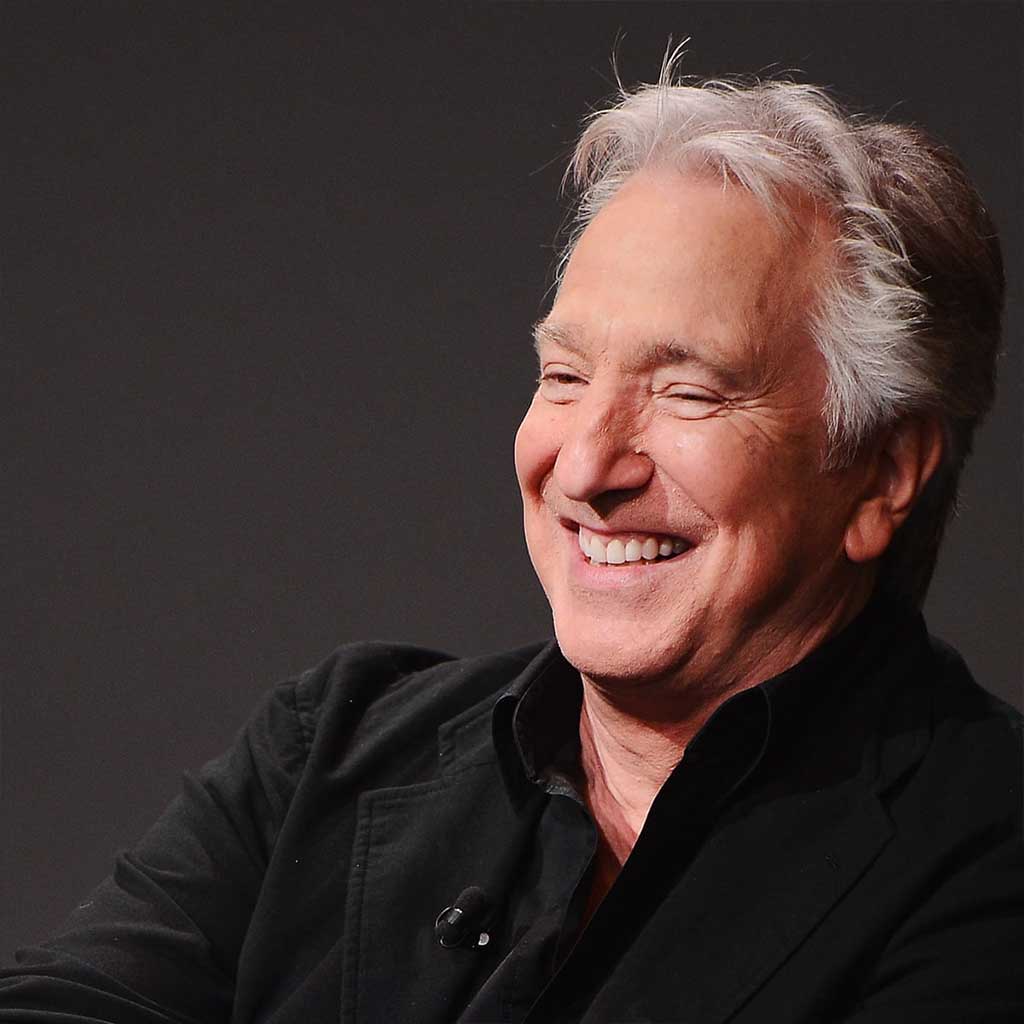 Alan Rickman was seen playing the role of Tybalt in his debuted television series “Romeo and Juliet” in 1978. In 1980, he was cast as Vidal in 3 episodes of the series “Therese Raquin,” In the same year, he was also seen as Clive in a British sitcom series “Shelley.” Further, he was seen appearing in series like “Busted,” “Smiley’s People,” “The Barchester Chronicles,” “Summer Season,” “Girls on Top,” “ Screenplay and Fallen Angels. In 1989, he was seen as Jacques Roux in the television short movie “Revolutionary Witness.” In 1996, he appeared as Grigori Rasputin in the television movie “Rasputin: Dark Servant of Destiny.”

In 2002, he was seen providing his voice-over King Philip in an American animated sitcom “King of the Hill.” Likewise, he played a role in Alfred Blalock’s television movie “Something the Lord Made” in 2004. Later, in 2010, he was seen in a television series, “The Song of Lunch.”

Alan Rickman began his film career after being cast as Hans Gruber in an American action movie “Die Hard” in 1988, directed by John McTiernan. After that, he was cast in a crime comedy movie “The January Man” in 1989. In 1990, he appeared as Elliot Marston in an Australian-American Western movie “Quigley Down Under.” Further, he was cast in several movies like “Truly, Madly, Deeply,” “Closet Land,” “Robin Hood: Prince of Thieves,” “Close My Eyes,” “Bob Roberts,” “Mesmer’, “An Awfully Big Adventure,” “Sense and Sensibility,” “Michael Collins,” “The Winter Guest,” “Judas Kiss,” “Dark Harbor,” “Dogma,” “Galaxy Quest,” “Help! I’m a Fish,” “Blow Dry,” and “Play.”

Besides this, Alan Rickman provided his voice-over Marvin the Paranoid Android, is a British-American science fiction comedy movie “The Hitchhiker’s Guide to the Galaxy” in 2005. After that, he had also voiced over Absolem The Caterpiller in an American live-animated dark fantasy movie “Alice in Wonderland” in 2010. In the same year, he was cast as a voice actor in a theatrical–release feature documentary movie “The Wildest Dream.” In 2011, he was again cast as a voice actor in the short movie, “The Boy in the Bubble.”

Also, he was seen appearing in various movies like “Harry Potter and the deathly hallows part 2”, “Gambit,” “The Butler,” “A promise,” “CBGB,” “Dust,” and “Eye in the Sky.” He was also seen playing the role of King Louis XIV in his directed and co-produced drama movie “A Little Chaos” in 2014. Likewise, in 2016, he was seen providing his voice in an American live-animated fantasy adventure movie “Alice Through the Looking Glass.” 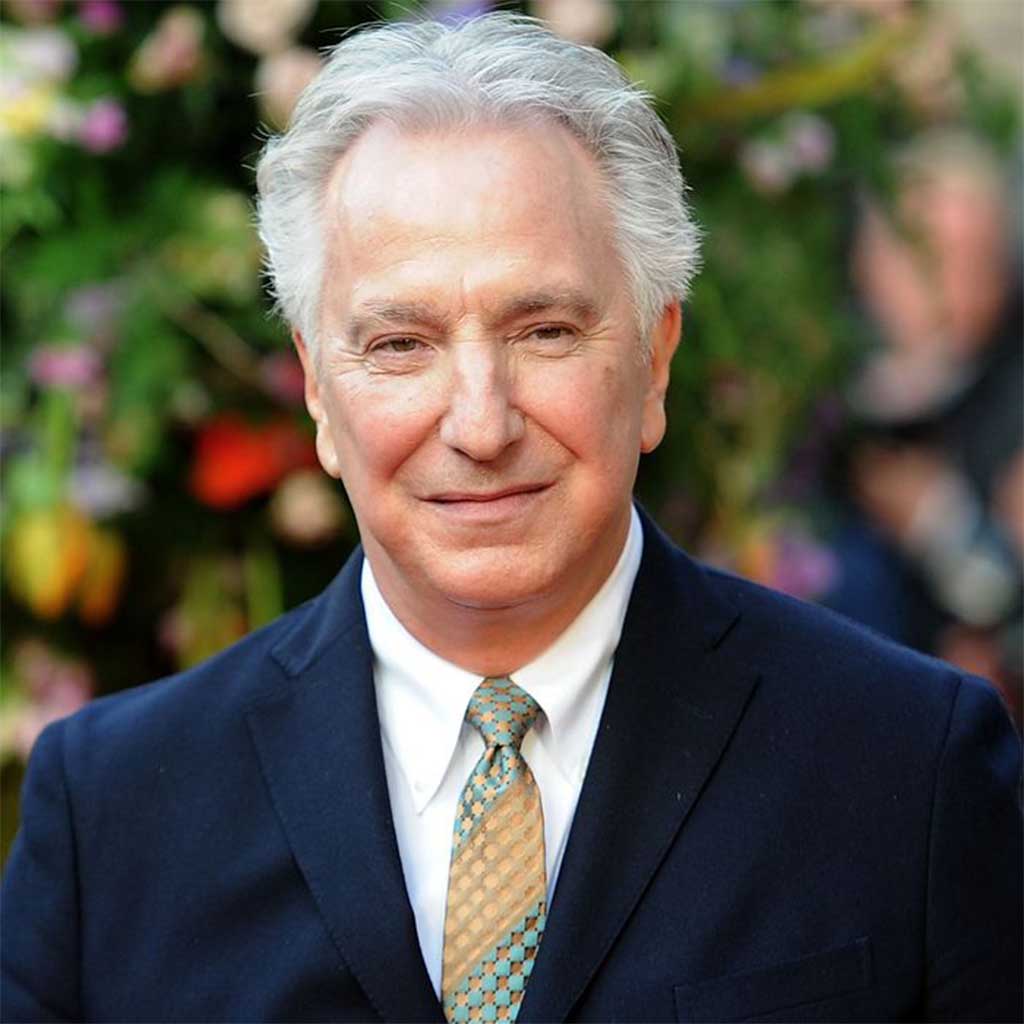 Alan Rickman used to have an estimated net worth of $16 million.