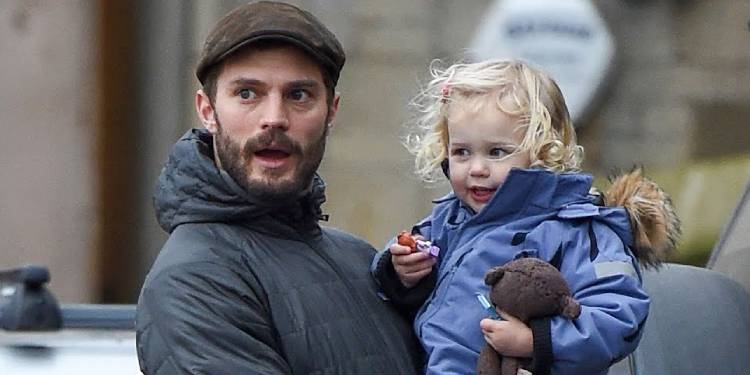 Alberta Dornan is an English celebrity child. She is well-known in the entertainment industry as the youngest daughter of the Irish actor and model Jamie Dornan and his wife, Amelia Warner. She has been stealing the limelight even before her birth as her parents shared the joy of welcoming her through extraordinary ways. Please stick with us to know more about Alberta and how she has been famous since birth.

Dornan’s full name is Alberta Maeve Dornan. She was born on 17 February 2019 in the capital city of London, England. Her mother’s name is Amelia Catherine Bennett Warner, and her father’s name is James Peter, Maxwell Dornan. Her mother is a composer, a musician, and a former actress by profession. She also goes by the nickname Slow Moving Millie because she used to perform under this stage name when she initially began her professional career.

Amelia Warner has worked on numerous hit songs and movies. In addition, she has worked behind the composition of different movies like the 2017 romantic period drama movie Mary Shelley. The fans loved her work so much that she won the Breakthrough Film Composer of the Year Award in 2019.

You might want to check out Adam Sandler’s daughter, Sadie Sandler.

Likewise, Alberta’s father is an Irish actor, model, and musician. He has also stolen a lot of spotlight through his impressive acting and outstanding performances. He is also an award-winning actor, and he has won several awards, including a People’s Choice Award and two Irish Film and Television Awards.

Some of Jamie Dornan’s most remarkable works include the recurring role of Paul Spector in the crime, drama, thriller television series, The Fall. Furthermore, he is also famous as Christian Grey from the Fifty Shades movie series. In addition to this, he also stole the limelight when he portrayed Paul Conroy in the war movie, A Private War.

Alberta’s parents met for the first time in 2010. They dated for around two years, and Jamie finally decided to express his feelings to Amelia. He proposed to her in 2012, and they decided to marry a year later in 2013. Talking about Alberta’s siblings, she has two big sisters. Their names are Dulcie Dornan and Elva Dornan. They are four and two years elder than her, respectively. Besides this, she is currently two years old with the zodiac sign of Aquarius.

Alberta Dornan’s parents revealed that they expected her through their social media platforms. Her parents did it extraordinarily as Amelia posted a pair of three children’s shoes on the auspicious occasion of Mother’s Day in 2019. This confirmed that there would be an addition of a new member in the family.

Alberta Dornan is English by nationality, and she belongs to mixed ethnicity. She descends from English ancestry through her mother’s side and Irish ancestry through her father’s side. She is currently only two years of age, so she does not follow any religion. Furthermore, she is enjoying the love and care of her parents, so she has not joined any educational institutions.

Alberta is still a small child. Because of this reason, we are unable to determine her exact height, weight, and body measurements. However, the cute celebrity child has a pair of beautiful blue-colored eyes and blonde hair that makes her look extremely adorable.

Alberta is still a baby, and she has not yet begun working. Because of this, there is no information available on her professional career at the moment. Moreover, she is enjoying the love and care of her parents as she is still a toddler. Additionally, she is also not available on social media sites for the same reason. She might work in the entertainment industry just like her parents, but since she is a young child, this remains unconfirmed.

You might want to check out Dana Bash’s son, Jonah Frank King.

Dornan is currently single and not in a romantic relationship with anyone. She is only two years of age, so she is very young to be in a relationship. Furthermore, she does not have any past relationships or hookups either.

Net Worth of Alberta Dornan