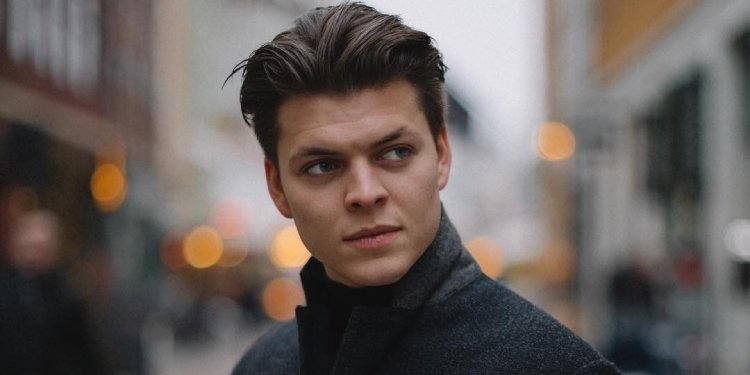 Alex Høgh Andersen is an actor, model, and photographer from Denmark. He is immensely popular for portraying the role of the Ivar the Boneless. He played this central role in the historical fantasy drama television series, ‘Vikings.’ According to Norse mythology, Ivar was one of the most feared warlords. They led the Great Heathen Army to invade the Anglo-Saxon Heptarchy. Alex portrayed this role impressively and was undoubtedly one of the most loved characters in the show despite his evil and merciless acts. Would you please stick with us to know more about the actor and his works?

Alex Høgh Andersen was born in Slagelse, Denmark, on 20 May 1994. His mother’s name is Charlotte Høgh, and his father’s name is Thomas Andersen. He grew up alongside his younger sister, and her name is Aila Høgh. Alex developed an early interest in acting and was an active participant in numerous musicals and plays. He also took part in school drama which helped him build a sense of discipline, effort, and teamwork needed for acting. Apart from his interest in acting, his hobbies also include outdoor sports, stunts, singing, and dancing. Furthermore, he is currently 27 years old with the zodiac sign of Taurus.

Alex holds a Danish nationality, and he descends from the Danish ethnicity. Besides this, he has not shared much information regarding his religious views and background at the moment.

Alex stands at the height of 5 feet and 11 inches (1.82m/182cm) tall, and he weighs around 78kg (172lbs). Furthermore, he has a slim body figure, but he has not revealed his exact measurements. Besides this, his eyes are brown, and his hair is also brown.

Alex has not disclosed the exact details about his schooling years at the moment. But we are aware that he studied at the University of Copenhagen for his further studies. His immense interest in acting motivated him to study Film and Media at the institution.

Alex likes to keep his personal life private and away from the media’s attention. Because of this reason, we are unable to determine whether the actor is currently single or in a relationship with someone. Additionally, he has not disclosed any past relationships. According to several online sources, he is currently single and focused on building his career.

Alex gave his first professional debut as an actor in the year 2010. It was a theater production, and he played the central role of Arthur Pendragon in ‘Sværdet i Stenen.’ Following this, he landed his debut performance on television in the year 2012. He was successfully able to land the prominent role of Victor in the miniseries ‘Outsider.’ He was also able to land another central role in the Danish series, ‘Tvillingerne & Julemanden.’

His debut in the movie industry came in the year 2014. He did not appear on-screen, but he did lend his voice for the role of Hiro Hamada in the Danish version of the American computer-animated superhero movie, ‘Big Hero 6.’ In 2015, Alex appeared in films like ‘Ødeland’ and ‘A War.’ Moreover, he has also played Flotte Tjelle for an episode of ‘Hedensted High.’

You might want to check out Tow Truck Jess.

He had a breakthrough moment in his career in 2016. He appeared in the role of Ivar the Boneless in the historical drama television series ‘Vikings.’ He portrayed this role for a total of 53 episodes till 2020. The series recently ended, and it received a lot of positive reviews. However, he initially wanted Ubbe, Hvitserk, and Sigurd but later landed a role as Ivar. But he enjoyed the part and discussed how hard it was to crawl around in the heavy costume in an interview with Icon. Apart from this, he has also voiced Eret in the Danish version of the action-fantasy movie ‘How to Train Your Dragon: The Hidden World.’

Andersen earns from his professional career as an actor and model. He also earns from his modeling career. It is estimated that his net worth will be around $2 million in the year 2021.