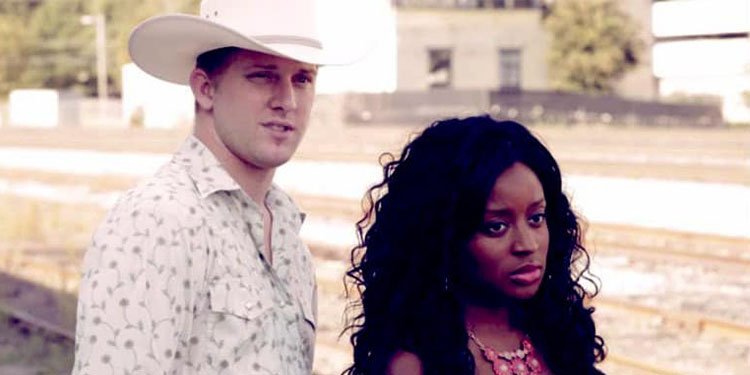 Alexus Whilby Chrisley is an entrepreneur, musician,owner-manager of Home Design and Business Development, ex-wife of the former reality TV star Kyle Chrisley who is the son of famous TV personality and real estate entrepreneur ‘Todd Chrisley.’

Alexus Whilby, an ex-wife of an American reality TV star renowned for appearing on the popular reality series ‘Chrisley, knows Best.’ She was born in 1991 in Georgia, the USA turning 30 this year, 2021. She is the daughter of Isaac Samuel and Judy Malcolm. She has two siblings named Gregory and Patrick Whilby. She holds an American nationality and belonging to African –American ethnicity.

About Alexus Whilby’s body measurements and details, it is not disclosed yet. However, she has an amazing body and physique. Her hair color and color of the eye are black.

You might also want to check out Savannah Chrisley

Alexus Whilby worked as an account manager in ALTA Language Services, located in Atlanta, Georgia, from August 2014. Alexus is although came into the limelight after marrying the former reality star Kyle Chrisley. The couple had released few singles named ‘Shame on you, ‘Country Baby’ and ‘Outta here.’ She had helped Kyle in his rough times. Also, they had created a music band and named it Lexi and Kyle. At one time, they operated their YouTube channel named KyleLexi Chrisley, even though the channel not so active now.

Alexus Whilby’s spouse, Kyle Chrisley, an American reality TV star, former musician, and son of famous TV personality and American millionaire, real estate tycoon ‘Todd Chrisley.’He had made an appearance on the reality TV show ‘Chrisley knows Best.’The show aired from March 11, 2012, till 2017; there had been eight seasons of the show, nearly more than 140 episodes in 2020. It shows the lifecycle of the Chrisley family. However, Kyle has seen on the series due to his substance or drug misuse, damaging his relationship with his family, and also faced countless legal issues. He revealed in 2019 that he is sober from now on.

Alexus had helped him a lot at those times supporting, helping him. The couple read their wedding vows and tied their wedding knot in 2014. They lived in a 3,000 sq. foot home in Georgia. However, the TV star has a daughter named Chloe, born in 2012 with his previous relationship with Angela Victoria Johnson. But the biological parents don’t have custody of the child; the custody had passed to Julie Chrisley and Todd Chrisley, Chloe’s grandparents’.After his separation from Alexus, and he dated Ashleigh Nelson in 2019.

Kyle’s Chrisley has a history of doing drug abuse which leads to losing the custody of his own daughter to himself. Because of his overuse of substance, he can’t appear on the first season of the reality series ‘Chrisley knows Best.’He gets the help of rehab many times due to his addiction. In 2019 he disclosed he was sober, but he got worsen once again and started doing drugs again.

He even menaced, use death threats to his wife Alexus Whilby through messages and also his father while wasted. He got put in jail for his action for the possession of Methamphetamine. His actions led him to be in legal issues for a long time. Their relationship worked out in 2019 when Kyle attempted suicide but was unsuccessful and tried mending their relationship with him. Later in late 2019, he announced he is sober.

As a businesswoman and being the owner of Home Design and Business Development, Alexus Whilby Chrisley has earned a lot of wealth from them. However, her estimated net worth is not revealed yet.