Alice was born on the 6th of February, 1982 in London, England. She was born to Trevor Eve and Sharon Maughan who were both actors. She grew up with two younger brothers. Their names are Jack Eve and George Eve. 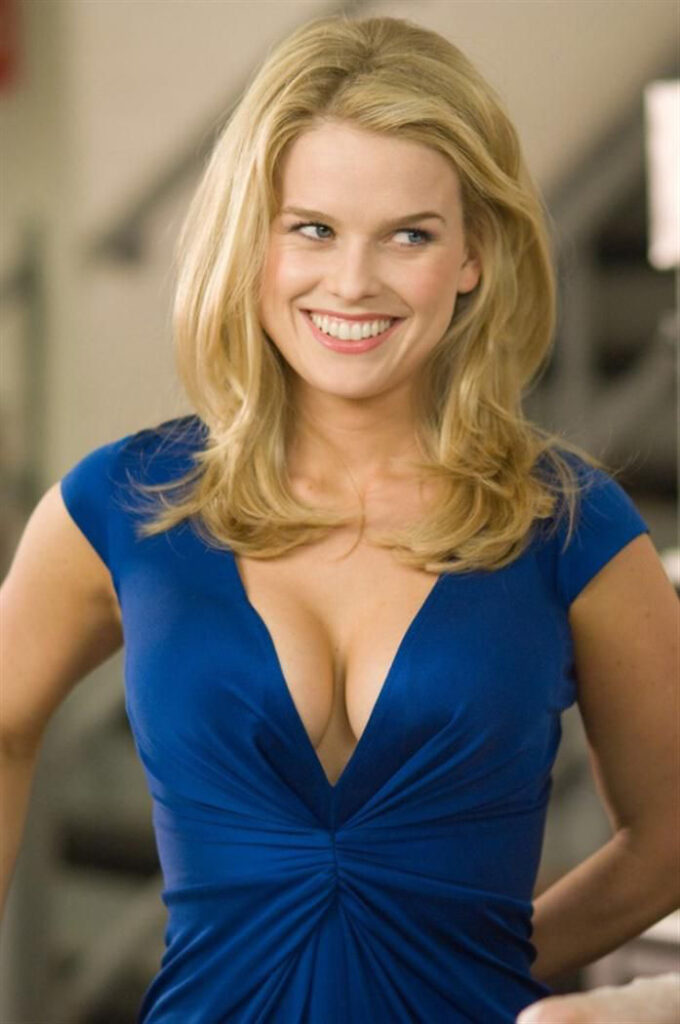 Alice Eve is of British nationality, however, she also holds the citizenship of the United States of America (USA). Her ethnicity is mixed (English, Irish and Welsh). She is currently 38 years old.

Her dress size is 8 US and she wears size 8 US shoes. Similarly, her bra size is 32D.

She has beautiful blonde hair and has different colored eyes as she has Heterochromia. Her left eye is blue and her right eye is green.

She is a Roman Catholic.

Alice Eve studied at Bedales School and later did A-levels from Westminster School in London. After that, while she was on an academic break, she took acting classes at Beverly Hills Playhouse and studied English at St. Catherine’s College, Oxford. At Oxford, she was active in theatre. 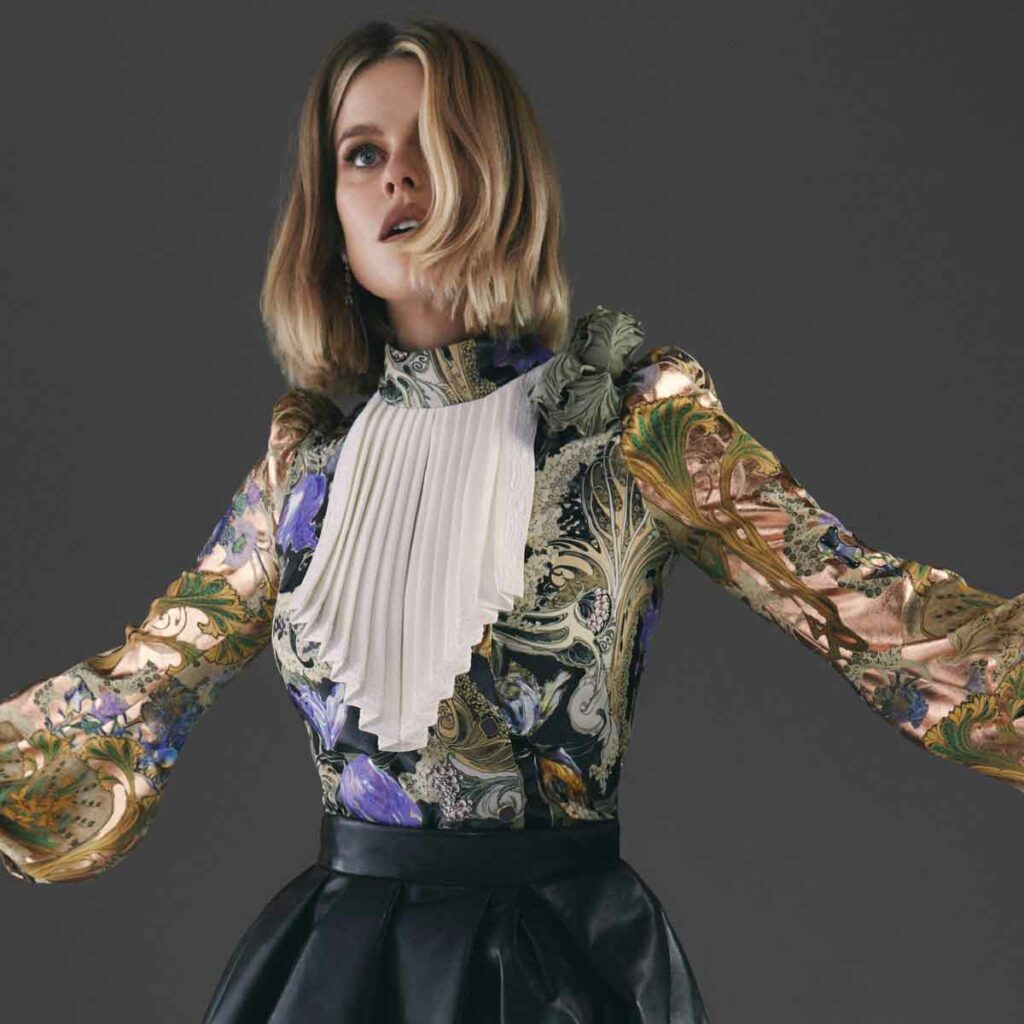 Alice Eve’s debut movie was a romantic period drama movie named Stage Beauty in 2004. She played the character of Miss Frayne. After that, she has acted in numerous awesome movies.

She’s Out of My League

Alice Eve played the lead role in this movie. Her actual parents played the part of her character’s parents. The movie was directed by Jim Field Smith and starred Jay Baruchel, Alice Eve, T.J. Miller, Mike Vogel, Nate Torrence, Krysten Ritter, Geoff Stults, and a few others. The movie was rated 6.4 by IMDb.

Alice Eve made her first appearance in a TV show in 2004’s Hawking as Martha Guthrie. She hasn’t done as many TV shows as movies but they are really good. Some of her TV shows are The Rotters’ Club (2005) as Cicely Boyd, Agatha Christie’s Poirot (2005) as Lenox Tamplin, Entourage (2011) as Sophia, Black Mirror (2016) as Naomi Jayne Blestow, Iron Fist (2018) as Mary Walker and a few more.

Iron Fist was created by Scott Buck starring Finn Jones, Jessica Henwick, Tom Pelphrey, Jessica Stroup, Sacha Dhawan, Alice Eve, and a few others. Alice was portraying the character of the amazing Typhoid Mary. This show has 2 seasons and 23 episodes. It was a pretty good show but it was canceled. It was rated 6.5 by IMDb. 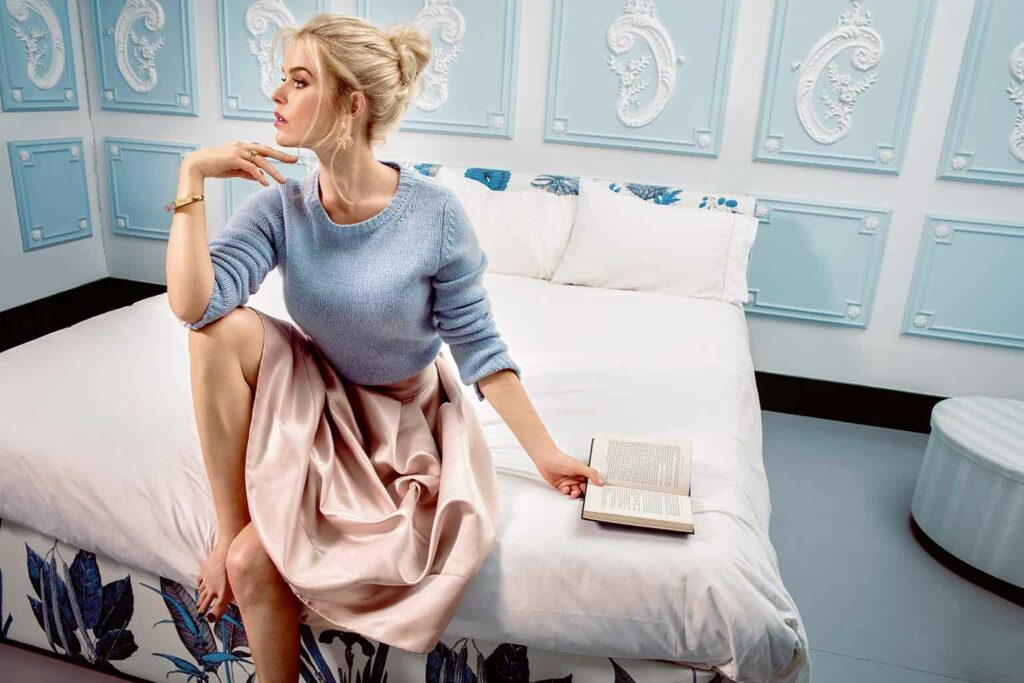 Alice has dated a few men so far. She dated a British actor named Rafe Spall (who is younger than Alice by a couple of months) in 2004 and separated in 2006.

After her breakup with Rafe Spall, she dated Rufus Sewell, also an actor, for two years. Their relationship lasted from 2006 to 2008. They had an age difference of 15 years.

Likewise, she was in a relationship with Ben Adams, who was a member of an English boy band, in 2008 and separated in the same year. After that, she got into a relationship with Adam O’Riordan. The couple dated from April 2009 to July 2012. They first met at St. Catherine’s College in Oxford.

Shortly after that, Alice Eve started dating Alex Cowper-Smith in 2013. After dating for a year, they got engaged in August 2014 and got married in December in the same year. They also said that they had dated as teenagers when they were studying at the Westminster School in London. Unfortunately, they separated from each other in 2017.

What is Alice Eve’s Net worth?

The 38-year-old actress has been working in the entertainment industry since 2004 and has earned a decent amount of money. She has a net worth of approximately $6 million.