Who is Alicia Vikander?

Alicia Vikander is a renowned and beautiful Swedish actress who has been seen working actively since the year 2002.

Alicia Vikander, whose real name is Alicia Amanda Vikander was born on 3 October 1988 in Gothenburg, Sweden as a daughter of mother Maria Fahl Vikander and father, Svante Vikander. Her father is a psychiatrist where her mother is a stage actress. From her father’s other marriage, she has five siblings.

Before, in late 2014, Alicia Vikander started dating an actor Michael Fassbender and then, they married on 14 October 2017.

Alicia Vikander holds Swedish nationality and belongs to the ethnicity of Swedish, Baltic-German, and Finnish. Currently, she is 32 years old with a height of 5 feet 5.5 inches (166 cm) and a weight of 53 kg. She had got the body measurements of 34-24-35 inches and has black hair with dark brown eyes. As she was born on 3 October, her zodiac sign is Libra. 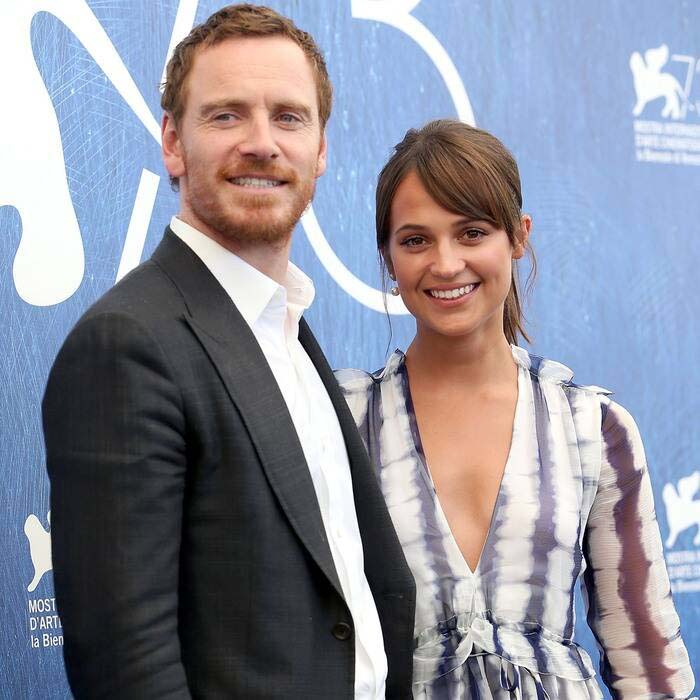 Earlier, when she was just a two months old baby, her father and mother divorced so that she was raised by a single mother. Later, her father remarried another woman from where she has five half-siblings. At the age of seven, she started her acting career after she appeared in the production “Kristina Fran Duvemala”. After that, she was also seen appearing on various musicals like “The Sound of Music” and “Les Miserables”. Also, she was seen participating in the kids singing show “Smastjarnorna” and she became able to win that episode.

Before, when she turned the age of nine, she started ballet training with the Svenska Balettskolan I Goteborg. Later, she also went to the American Academy of Ballet in New York. Also, she was seen at the American Academy of Ballet in New York. Later, she knew that she was interested in the acting field so that, she started to focus on her acting career when she is 16 years old. She also left her dance career because of injuries. Likewise, she auditioned for drama school but she was not able to be accepted. Later, she also joined law school but she didn’t attend because she wanted to be an actress.

Alicia Vikander has an Instagram account with the tag name (@aliciavikanderdaily) where she has posted 1997 posts and has 316k followers. 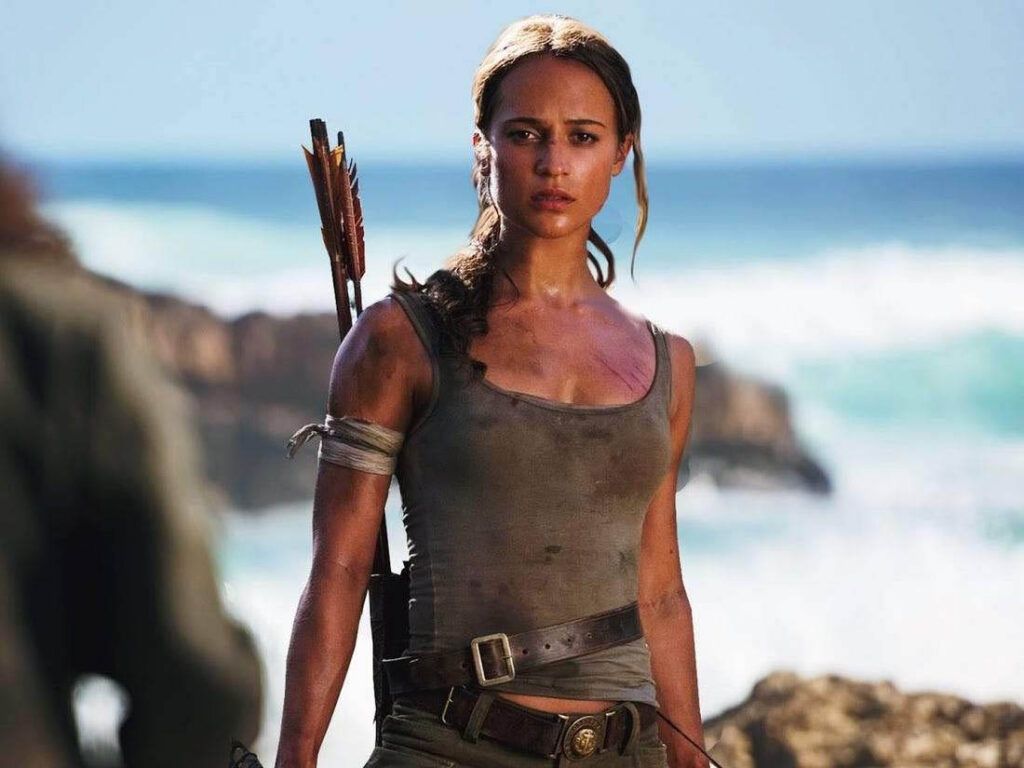 Alicia Vikander started her acting career after she had been cast as Ebba Du Rietz on a television movie “Min balsamerade mor” in 2002. After that, she was cast into the role of Drabbad Marker on an episode of “Slutet” of the series “The Befallen” in 2003. Later, she was seen appearing as Tony on a series “En decemberdrom” in 2005.

Further, Alicia Vikander was cast as Faith in a British romantic comedy movie “four weddings and a Funeral” in 2019. In the same year, she was also seen providing her voice over the character Mira on an American fantasy streaming television series “The Dark Crystal: Age of Resistance”.

Alicia Vikander started her film career after she had been cast as Alicia in a short movie “Standing Outside Doors” in 2006. After that, she was also seen appearing in several short movies like “The Rain”, “Darkness of truth”, “My Name is Love” and “Susan’s Longing”. Later, in 2010, she was seen appearing in the role of Katarina on a Swedish drama movie “Pure”. After that, in 2011, she was seen playing the role of Fragancia Fernandez in a Swedish drama movie “The Crown Jewel”. In the same year, she was also seen playing the role of Alicia in the movie “Jeu de Chiennes”. 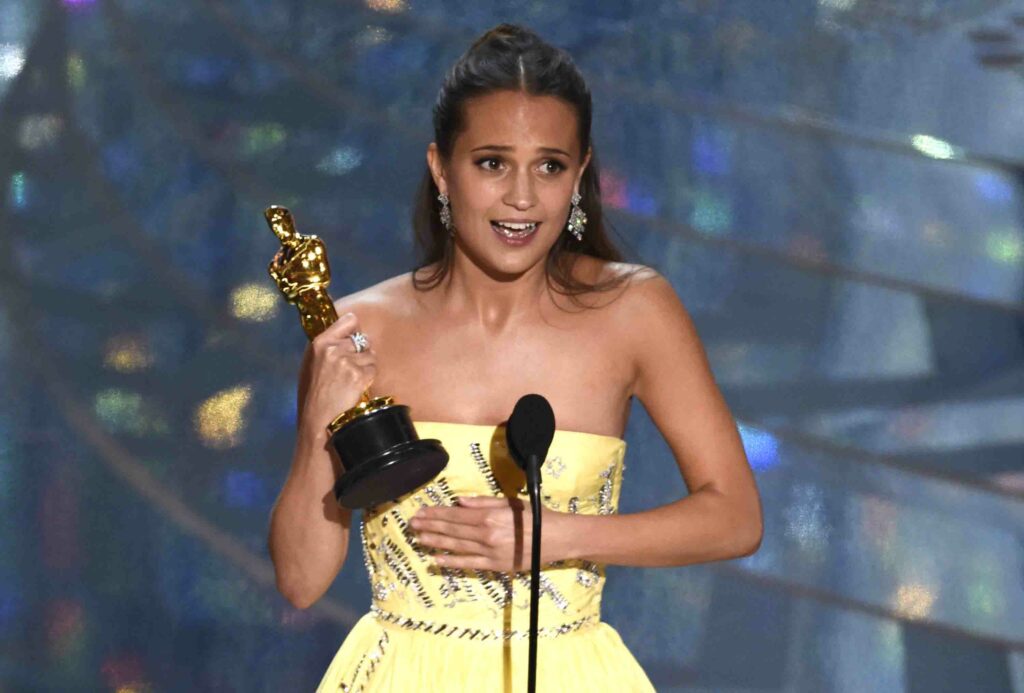 Further, Alicia Vikander was also seen providing her voice over the character Ingrid Bergman in a Swedish documentary movie “Ingrid Bergman: In Her Own Words” in 2015. In the same year, she was seen appearing in the role of Gaby Teller in a spy movie “The Man from U.N.C.L.E.”. Later, she was also cast into on biographical romantic drama movie “The Danish Girl” as Gerda Wegner.

Later, Alicia Vikander will be seen appearing as Kathy on an upcoming American drama movie “Blue Bayou” in 2021 and after that, she will be seen in upcoming movies like “The Green Knight” and “Born to Be Murdered”.

In her career, Alicia Vikander had won 30 awards and received 72 nominations.

The estimated net worth of Alicia Vikander is $8 million.