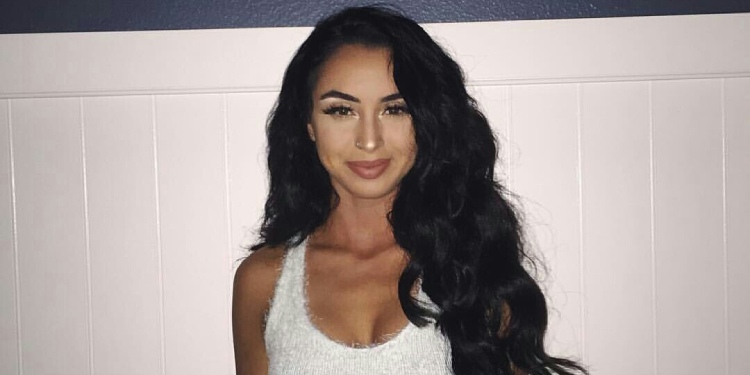 Alycia Tyre is an American social media sensation. She is well-known in the media for her fashion and beauty-related content. She is famous as the brand owner of the apparel company, Sahlt. She is even popular as Sahlt rather than Alycia. Please stick with us to know more about this stunning personality.

Alycia Tyre‘s full name is Alycia Sophia Tyre. She was born on 11 November 1996 in California, the United States of America. She has not mentioned the identity details of her parents at the moment. She grew up alongside a brother, but she has also kept his name a secret. However, she has mentioned a lot of her hobbies and likes with the media. She has stated that she loves avocadoes. In addition to this, she involves guacamole and chicken in her favorite dishes.

Besides this, she is currently 24 years old with the zodiac sign of Scorpio. She has also mentioned that she strongly believes in astrology. Moreover, she also says that her zodiac sign matches her personality quite accurately.

Similarly, Alycia has chosen not to reveal her educational background and qualifications to the public. Currently, we cannot determine her alma mater because of this reason.

Alycia Tyre holds an American nationality, and she belongs to mixed ethnicity. She descends from Russian, Irish, African-American, and French ancestry through her parents. Talking about her religious views and beliefs, she is a Christian, and she practices Christianity as her religion.

Alycia Tyre stands at the height of 5 feet and 6 inches (1.68m/168cm) tall, and she weighs around 58kg (127lbs). In addition to this, she has an hourglass-shaped body figure with a body measurement of 34-24-32 inches respectively. Moreover, she has a pair of beautiful dark brown eyes color with naturally black hair color. Furthermore, she has covered her body with around 15 small tattoos, including her thighs, neck, and back. She has also explained the meaning of her tattoos with Steal Her Style.

Alycia started her YouTube career in the year 2015. She is well-known as Sahlt rather than Alycia. She even addresses her fans as the Sahlt Squad. She started gaining an audience when her fans began getting inspired by her content. They say that she has a very positive attitude and a healthy lifestyle. Previously, she used to post beauty and makeup videos on her channel. But when her fans began showing interest in her personal life, she started posting vlogs and videos that reflect more on her life. She has done a lot of hauls and tutorials for her fans as well.

Alycia is currently in a relationship with her boyfriend, and his name is Nicholas Alexander Simmons. He is an American rapper and actor by profession and is better recognized as YBN Nahmir in the media. According to online sources, the two met and began dating each other in the year 2017. She even states that she senses their love is something serious and special. According to a recent post on Nicholas’ Instagram, he mentioned something about being a father soon. He has wished Father’s Day to all the fathers and stated that it is about to be his turn. However, they have not guaranteed this yet.

Before this, she was in a relationship with her ex-boyfriend, and his name is Klaus Bausch. He is also a social media sensation like her. They had a lot of fans who adored their relationship, but unfortunately, they split. Following this separation, she dated Yousef Erakat, an American YouTuber. He is famous for his YouTube channel (FouseyTube). According to their fans, the couple shared a positive and lovely vibe throughout their relationship. Sadly, their relationship did not last long.

Alycia Tyre is the recipient of the Silver Play Button Award from YouTube. YouTube honored her with this award for crossing 100,000 subscribers on her channel.

Alycia earns from her professional career as a social media influencer and a model. She has worked with numerous companies like the fashion retail company Fashion Nova and promoted several products. As of 2021, she has an estimated net worth of around $1 million to $1.5 million.

Alycia is active on social media platforms. Her official Instagram account (@sahlt_) has over 1.7 million followers. Likewise, her Twitter account (@AlyciaTyre) has over 680 thousand followers. In addition to this, she has over 568 thousand subscribers on her official YouTube channel (Sahlt). Besides this, she does not have a verified Facebook page yet.