Alyson Hannigan is an American actress. She has started as a child artist for commercials and gradually started doing movies, television series, and drama.

The value of money changes as per the life of people. A man with poor economic conditions takes money as the breath of his family. Whereas, a man with a wealthy economic condition takes money as the planted tree of huge acres of garden. Similarly, there are certain incidents in the life of a person when they understand the real meaning and power of money. Some experience it in the mature stage of life and some in the growing phase or even in childhood. Then, after knowing the economic conditions, there comes a time to take responsibility for the family. That is the time when the struggle of the person begins.

Some start their struggle in late teenage, some in the late twenties, and some since childhood. Everyone has their own story of struggle and success. Likewise, Alyson Hannigan is one of the famous actresses in Hollywood who started her struggle since childhood. Alison is popular for portraying the roles in the series “How I Met Your Mother”, movie ” American Pie” and TV series “Buffy the Vampire Slayer.” But the success has not come for her just like that. She passionately made her career with a lot of mussels with the professional and personal life.

Emilie Has given birth to Alyson in Washington, D.C. the USA on March 24, 1974. Emilie was a real estate agent. Alyson’s father, Alan Hannigan, was a Teamsters trucker. But instead of being a single daughter, she had not an amazing and beautiful childhood. She had to face a lot of difficulty during her childhood.

Alyson Hannigan had to face the divorce of their parents at a very small age. It is very tough for a child to become happy when he/she has the best mother and father but a failed husband and wife. After the separation of her parents, she started living with her mother. They had to face economic problems. Alyson decided to contribute as a child artist in order to contribute to the family income. 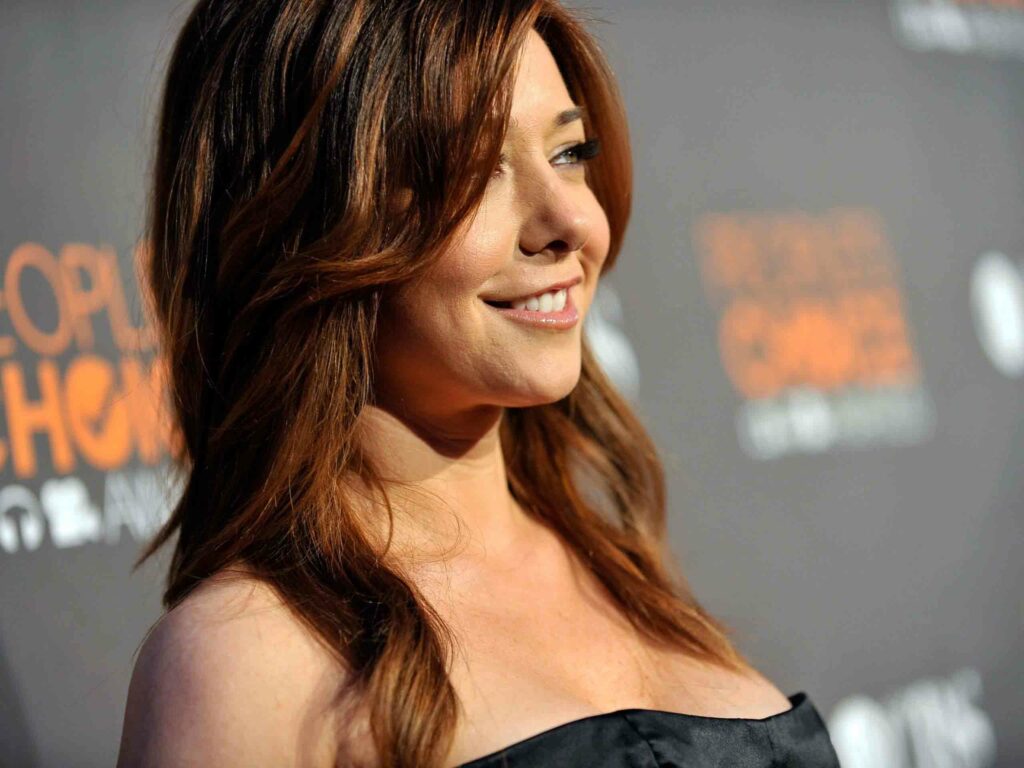 Despite all sorts of family problems and her need to do acting from a small age, she never compromises her studies. She did her schooling in “North Hollywood High School.” Alyson joined “California State University”, Northridge for her further studies.

Alyson Hannigan had started appearing in the commercials since the age of four. She has entered Hollywood at the age of eleven. Alyson did her debut in the movie from “My Stepmother is an Alien” in 1988. She did her debut in TV from the situational comedy “Free Spirit” in 1989.

Then, she became the part of the series “Buffy the Vampire Slayer” in 1997. She portrayed the role of Willow Rosenberg. People and critics admired her performance. The success of the series brought her more opportunities. “American Wedding”, ” Boys and Girls”, “American Pie” and “American Pie 2” were some of the movie projects she did after the series. 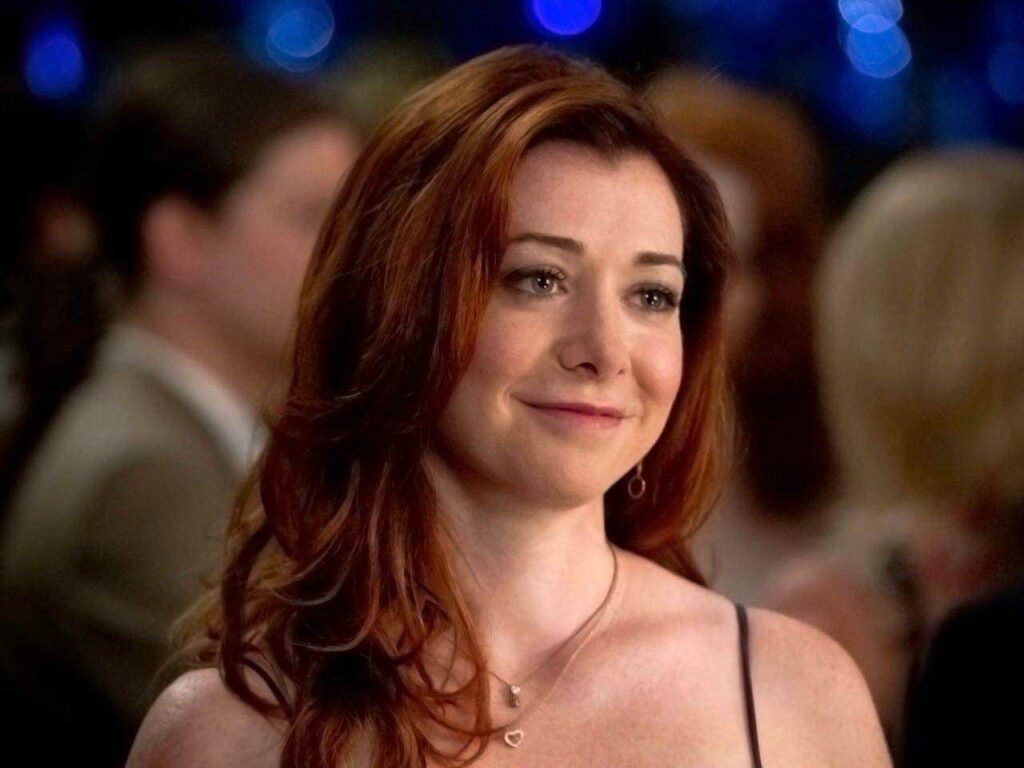 Moreover, Alyson Hannigan did her stage debut from the adaptation of “When Harry Met Sally” in 2004. She shared the stage with Luke Perry. Then, the year 2005 came up with more opportunities. She got the chance to become part of “How I Met Your Mother“. She portrayed the role of ” Lily Aldrin.” Similarly, she also badges her role in “Veronica Mars” in the same year.

Alyson Hannigan was also part of a parody movie “Date Movie.” Alyson also did a guest appearance in a situational comedy “The Goode Family.”  She did her reprising role of Michelle in “American Reunion” in 2012. Likewise, she also appeared as a host of magic competition TV program “Penn & Teller: Fool Us.” Alyson is also famous for her powerful and impactful voice. As a result, she has also lent her voice in an animated series “Fancy Nancy” in 2018. Alyson played the role of Claire Clancy.

Moreover, Alyson can be taken as a fine example of how a star is born. Her struggle from a commercial artist to a well-loved character of series bad movies is appreciable. She was also part of the movie “You Might Be the Killer” in 2019 and “Flora & Ulysses” in 2020. Alyson also was part of the TV series “Outmatched” in 2020.

Alyson Hannigan found not only the passion to survive in Hollywood but also her companion for a lifetime. She married Alexis Denisof in Two Bunch Palms Resort in Desert, Hot Springs, California. on October 11, 2003. The couple has two daughters. Alyson gave birth to their first daughter Satyana Marie in March 2009. And her second daughter “Keeva Jane” was born in May 2012.

Alyson Hannigan is quite active in social media. She goes with the name of “@alysonhannigan” on Instagram with 940K followers, and “@alydenisof” on Twitter with 1.1M followers. 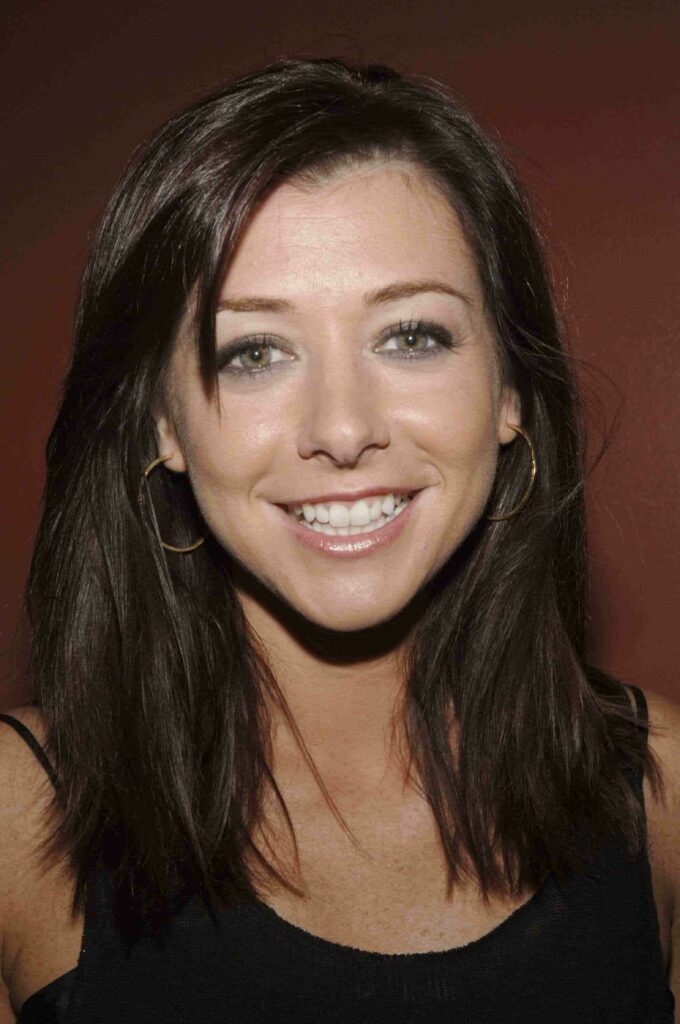 Alyson Hannigan has been part of the industry for more than 35 years. She has started as a child artist for commercials and gradually started doing movies, television series, and drama. According to the evaluation of her projects and celebritynetworth.net, she has an approximate net worth of $40 million.

The full name of Alyson is Alyson Lee Hannigan. Her current age is 46 years, nationality is American and ethnicity is Irish and Jewish. She has an average height of 5 feet 5 inches with a complimentary weight of 53 kgs.