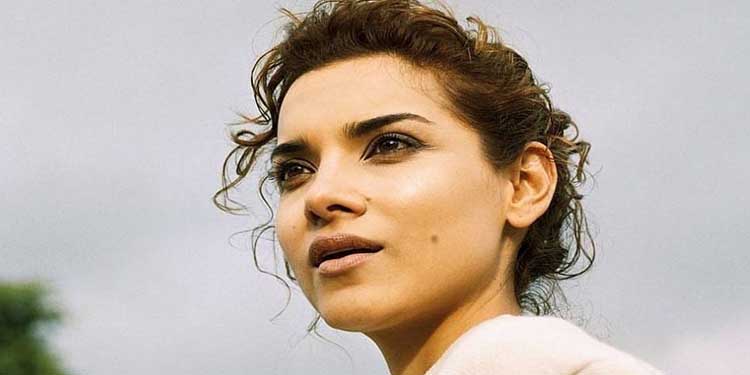 Who is Amber Rose Revah?

Amber Rose Revah is a well-known English actress. She is really popular for her role in the House of Saddam as Hala Hussein, Saddam’s daughter. She is also best known for her excellent performance in Son of God as Mary Magdalene, From Paris With Love (2010) as Nichole, Aazaan (2011) as Sofiya, The Punisher (2019) as Dinah Madani.

She was born on the 24th of June, 1986 in London, England, United Kingdom (UK). Her father’s name was Benjamin Z. ‘Ben’ Revah and her mother’s name was Raine (Forster) Hewitt. She grew up with a sister and brother whose names are not disclosed. Her sister is working at Great Ormond Street Hospital which is located in London. Her brother is working as a ski instructor and is residing in Switzerland.

Amber’s nationality is British and her ethnicity is mixed as she is of Kenyan Indian on her father’s side and Ashkenazi Jewish on her mother’s side. She follows Christianity.

It is not known as to where she did her high school education from. However, we know that she attended the Brunel University of London. She graduated from the university with a Bachelor’s degree in Arts. She also got her first acting opportunity when she was in the university.

Furthermore, she was cast as Yasmin in a low-budget movie called Everywhere and Nowhere. She also appeared in Aazaan is Sofiya. In 2014, she portrayed the character of Mary Magdalene in Son of God. Her most recent movie was 2020’s Concrete Plans as the character of Amy.

She first appeared on television in House of Saddam where she played the character of Hala Hussein, Saddam’s daughter. In 2013, she appeared as Mary Magdalene in The Bible in 4 episodes.

She was also cast in Foyle’s War as Lea Fisher in 2015. In the same year, she also played the role of Yasmin Doshi in Silent Witness. She portrayed Leena Prasad in Indian Summers from 2015 to 2016. Her latest TV show was The Punisher where she played the role of Dinah Madani from 2017 to 2019.

Amber Rose is engaged right now. She is engaged to Neet Mohan. Neet is also an actor who has appeared in Casualty, No Offence, Ready Player One, and Doctor Who. According to her, the attraction between the two was non-existent at first. But the two remained friends, and when they gained a deeper understanding of one another, they decided to give their relationship a chance. Since then, Amber and her fiancé have been inseparable. They also have a kid together.

What is Amber Rose’s net worth?

The 34 years old astonishing actress has been working in the movies and television industry since 2007 and she is still making something out of her career. Over the years of her career, she has earned a huge amount of money. Amber Rose Revah is estimated to have a net worth of $2 Million.

She is quite active on her social media with 171K followers on Instagram (@amberroserevah), 10.3K followers on Facebook (Amber Rose Revah), and 21.6K followers on Twitter (@AmberRoseRevah).