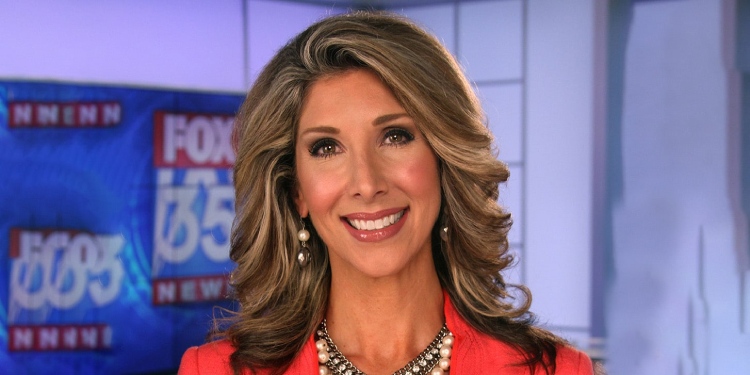 Amy Kaufeldt is an American journalist and an anchorwoman well-known for being an Emmy award nominee who is currently working for the local and national headlines program ‘Good Day Orlando’ on the American news channel Fox 35. She was nominated in the year 2017 alongside Bob Frier for her work in the broadcast media. In addition to this, she was also honored as the Best Anchor by the local magazine in the same year.

In Delaware, Ohio, Amy Kaufeldt was born on 6 April sometime in the 1970s to parents whose identity has not yet been shared with the journalist. Likewise, there is no information regarding her family background, but it is known that she was born and raised alongside her younger sister, whose identity has been kept a secret. Moreover, it is also known that her father is currently 84 years old, and he celebrates his birthday on the 9th of July every year. This was confirmed when Amy posted a birthday wish for her father on the same date back in 2018.

Amy Kaufeldt holds an American nationality, and she belongs to white ethnic background. Unfortunately, she has not disclosed any information regarding her ancestry and her religious background and beliefs at the moment.

Besides this, since her exact year of birth has not been disclosed yet, but could not determine her age, we know that she has the zodiac sign of Aries.

Amy Kaufeldt stands at the height of 5 feet and 7 inches (1.70m/170cms) tall, and he weighs around 58kgs (128lbs). She has a slim and fit body figure, but she has not yet shared her exact body measurements at the moment. Besides this, she has a pair of hazel eyes color with blonde hair color.

There is no information regarding Amy Kaufeldt’s schooling years at the moment. However, it is known that for further studies, she studied and completed her education from the Miami University in Oxford. She graduated and received her Bachelor’s degree in Science, Mass Communication, and Media Studies.

Amy Kaufeldt began working professionally since the year 1995, and her first work was located in Dayton, Ohio. She went on to work as an anchor with the KFBB-TV and then with the WJHL news, which provides news and weather information for three cities in the Tennessee and Virginia states. Following this success, she went on to work for three years with the KJRH station as the main anchor and finally with the FOX 35 since the year 2003. During her professional career, she has interviewed numerous personalities like the former President Barack Obama and the former American football quarterback Joe Montana.

The Orlando Magazine awarded Amy Kaufeldt the Best Local Anchor in 2017, where she received the award alongside Bob Frier. In addition to this, she was also nominated by the Emmy award for her delightful work in the media.

Amy Kaufeldt is currently married to her husband, whose name is Brian Brown. There is no information available regarding how the two met, but it is known that their marriage ceremony took place on 30 June 2003. Following this auspicious ceremony, the couple was blessed with three children whose names are Kate Brown, Caroline Brown, and Colton Brown. Caroline and Colton were born as twins to the couple in 2010, and Kate was born in the year 2006. As of now, she lives happily with her family in Orlando.

Besides this, Amy is an avid pet lover as she has a pet golden retriever whom she calls Wasabi and another one she calls Crazy Maisie, to name a few. She also has a hound whose name is Bogey Brown and another one called Fang. Many pictures of Wasabi, along with others, can be found in her social media accounts.

Amy Kaufeldt earns from her professional career as a journalist, and as of the year 2021, she has an estimated net worth that ranges from anywhere around $500,000 to anywhere around $1 million.