Amy ‘Meredith’ Poehler is a popular American actress, comedian, writer, producer as well as a director. She is best known for being featured as a regular in the popular TV show Saturday Night Live. She is also known for her role in the comedy series named Parks and Recreation. She has been a receiver of many honorary awards and nominations for her brilliant works in the field of comedy. Amy Poehler has also starred in movies and shows like Mean Girls (2004) as Mrs. June George, The Simpsons (2005,2014) as Jenda, Sesame Street (2010) as herself, Shrek the Third (2007) as Snow White, and 30 Rock (2012) as Young Liz Lemon.

Amy Poehler was born on the 16th of September, 1971 in Newton, Massachusetts, United States of America (USA). Her father’s name was William Poehler and her mother’s name was Eileen Poehler. Both of her parents worked as high school teachers. She grew up with a younger brother named Greg Poehler. She grew a love for acting after she played Dorothy in her school’s production of The Wizard of Oz when she was 10 years old. 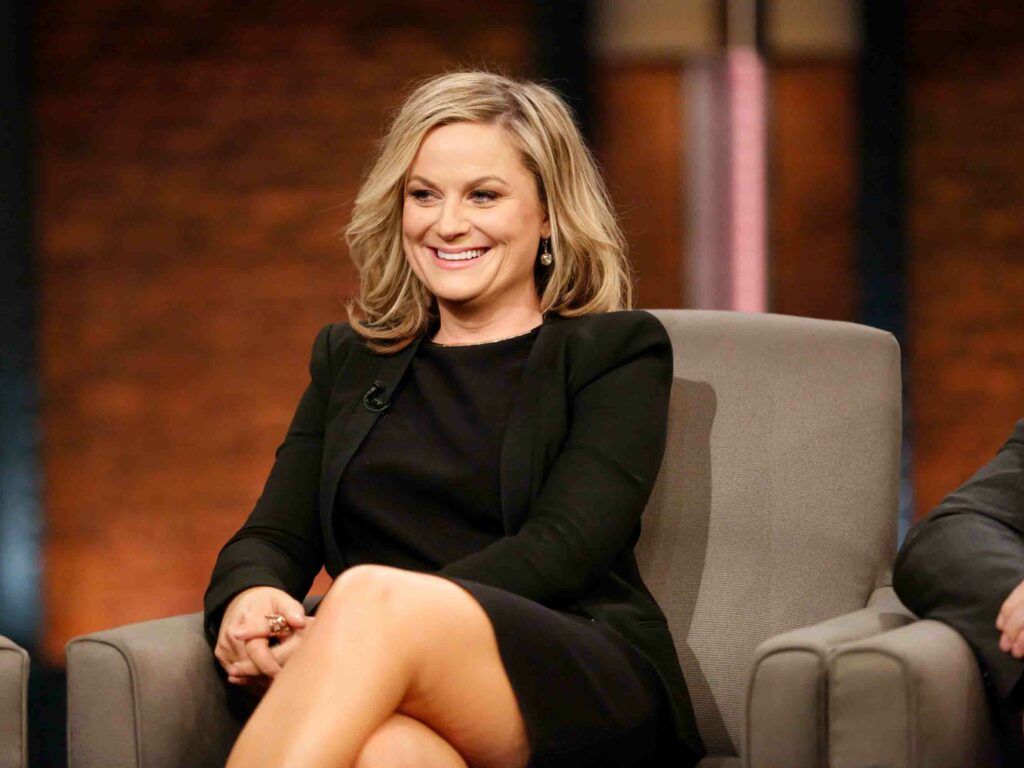 She is of American nationality and her ethnicity is mixed as she is of English, German, Irish, and Portuguese ancestry on her father’s side and Irish on her mother’s side. She was raised as a Catholic.
She has blonde hair and has a beautiful set of blue eyes. She has a wide smile and full of energy.
Her zodiac sign is Virgo.

Amy Poehler studied at the Burlington High School where she continued to act in school plays as she was really interested in acting because of school plays in her former school. Apart from acting, she was really into soccer, softball and was also a member of the student council.
She graduated from high school in 1989. After completing high school, she enrolled at Boston College. In 1993, she graduated from her college earning a degree in media and communications.
Similarly, she has also studied at the ImprovOlympic with actor and writer, Del P. Close. 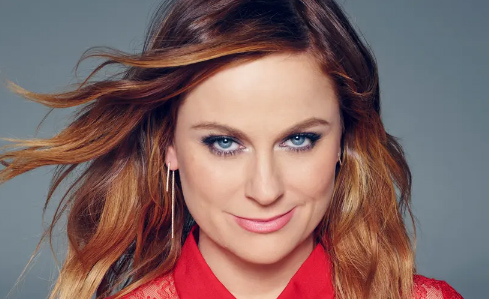 In this 2004 American teen comedy movie, Amy has portrayed the character of Mrs. June George. The movie was directed by Mark Waters and starred Lindsay Lohan, Rachel McAdams, Tim Meadows, Ana Gasteyer, Amy Poehler, and Tina Fey. The movie did well at the box office and was a commercial hit. The movie grossed $130 million. The movie was rated 7 by IMDb. 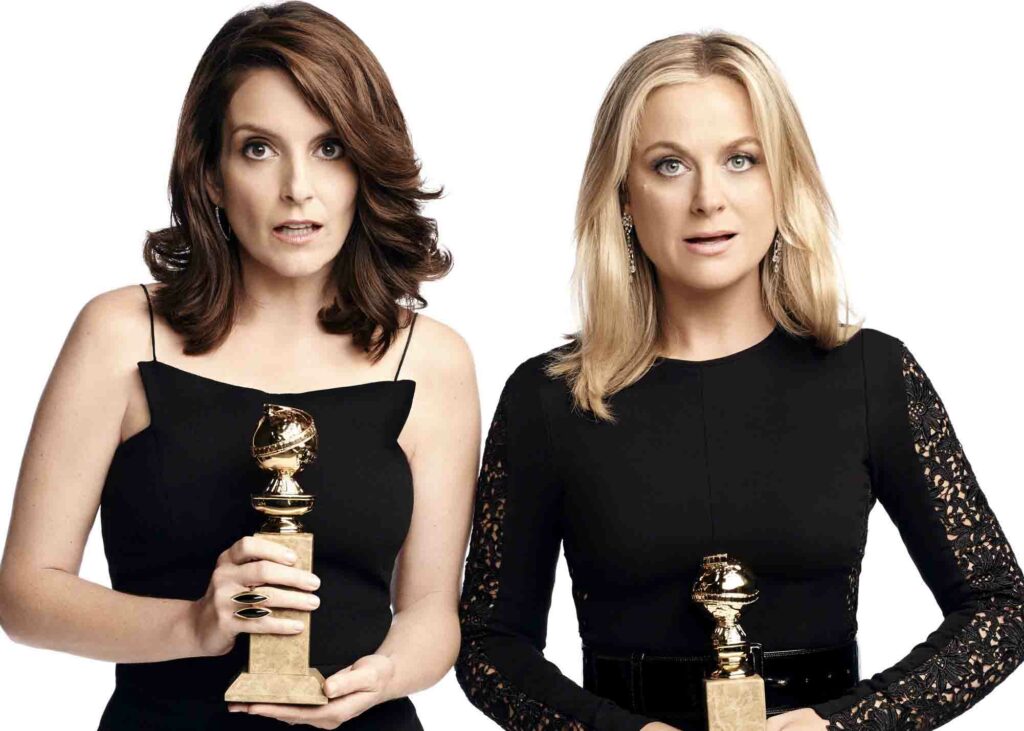 Amy Poehler got in a relationship with a Canadian actor named Will Arnett in 2000 and they both got married to each other on August 29, 2003. They have also worked together as a couple in Arrested Development. However, the couple separated in September 2012.

Any and Will were blessed with two children named Archibald William ‘Archie’ Emerson Arnett and Abel James Arnett on October 25, 2008, and August 6, 2010, respectively.

Amy Poehler dated John Stamos for a short while in 2013.
She got into a relationship with Nick Kroll in May 2013. Nick is 7 years younger than Amy. Sadly, the pair separated in September 2015.

What is Amy’s Net Worth?

Amy has been working really hard in the entertainment industry since 1996 to the present has earned a huge amount of money. She has a net worth of $25 million.

Amy Poehler has an Instagram account with her best friend Meredith Walker. She has 1 million followers on Instagram (@amypoehlersmartgirls). She doesn’t seem to be active on any other social media platforms.