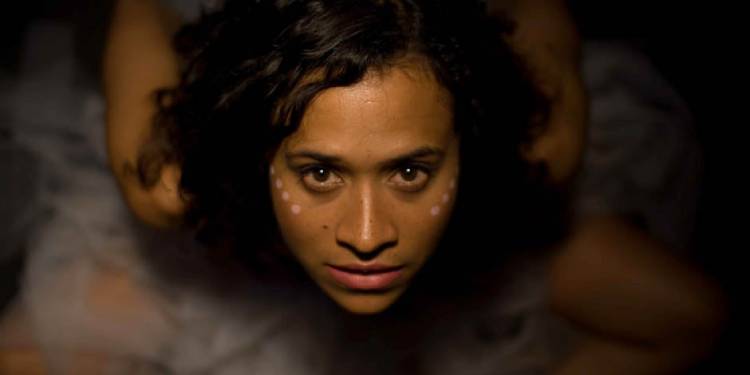 Angel Coulby is a famous English actress. She has appeared a lot in different movies, television series as well as on theatre.

However, she is best known for portraying the recurring role of Gwen in the television series Merlin. Please stick with us to know more about the actress and her journey to stardom.

Coulby’s full name is Angel Leonie Coulby. She was born on 30 August 1980 in the beautiful city of Islington, London, England. Unfortunately, the identity details of her parents are still missing at the moment. Likewise, she has also not shared the details of her siblings.

However, we know that her parents moved from London to the densely populated city of Manhattan when she was only six years of age. Besides this, she is currently 41 years old with the zodiac sign of Virgo.

Angel Coulby is English by nationality, and she belongs to mixed ethnicity. She descends from African and Guyanese ancestry through her father’s side.

Likewise, she falls of English origin through her mother’s side. Apart from this, she is a Christian, and she practices Christianity as her religion.

She was an excellent student, and she graduated with a degree in acting. Furthermore, she is also a recipient of the Laurence Olivier Bursary Award for her excellence in acting.

You might want to check out English actor, Enzo Cilenti.

Moreover, she has a pair of beautiful brown eyes color which compliments her brown hair color. But she often enjoys coloring her hair blonde.

Coulby gave her debut performance as an actress in the year 2001. She played the role of Awassa Tact for an episode of the paranormal reality television series; Scariest Places on Earth.

However, the breakthrough moment of Angel’s career came in the year 2008. She was one of the main cast of the British fantasy, adventure, drama series Merlin.

She portrayed Guinevere “Gwen” in the series and appeared for 61 out of the 65 episodes of the show. Her performance in the series also earned her a nomination through the Monte Carlo TV Festival Awards.

In addition, they nominated her in the Golden Nymph Outstanding Actress in a Drama Series category in 2010.

Since then, Angel has appeared in a lot of prominent roles. She portrayed the leading role of Jessie Taylor in the 2013 British TV drama, Dancing on the Edge.

You might want to check out English actor, Max Minghella.

In the same year, she also appeared as Laura Roebuck in the crime drama television series called The Tunnel.

Another one of her primary roles includes the role of Tanusha “Kayo” Kyrano. She played this role in the 2015 animated television program called Thunderbirds Are Go.

Apart from this, Angel Coulby is not active on social media platforms. This is because she enjoys living a private life away from the media’s attention.

Coulby has not married anyone yet, but she is romantic with the English actor, Bradley James. They have been dating each other since 2011, and they have also appeared as a pair in the series Merlin.

However, the two of them have not yet shared how or when they met, adding a lot of mystery to their relationship. However, she announced that she has a son but is very private about the further details of her personal life.

Net Worth of Angel Coulby

Angel earns from her professional career as an actress. She has appeared as the lead in a lot of television series as well as movies.

She has worked hard and proved her talent again and again through different roles. As of 2021, she has an estimated net worth of around $5 million.