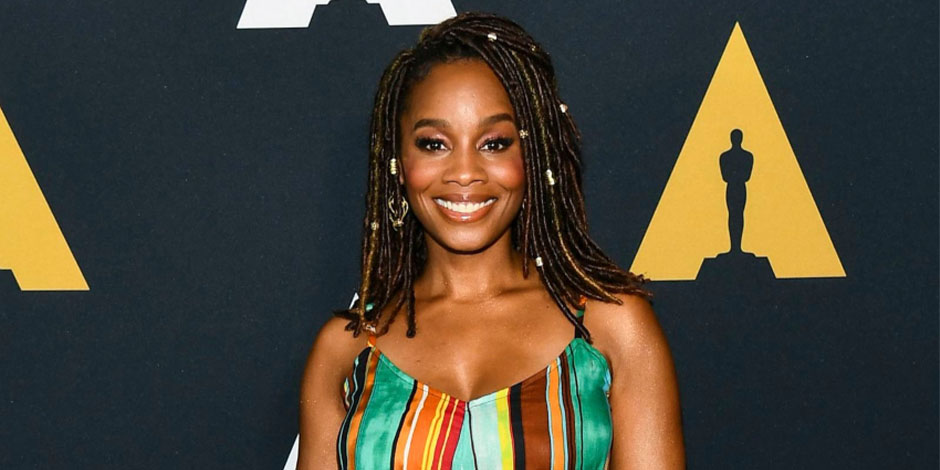 Anika Noni Rose is a talented Broadway actress and singer with numerous achievements. She may have received her fame after the Disney animated film The Princess and the Frog. Still, she has captured the heart of multiple audiences with her acting skills and performances in live theatres as expected from a Broadway actress.

Rose was born on 6th September of 1972 in a town called Bloomfield of Connecticut in the United States. She is the only daughter of a corporate counsel John and Claudia Rose.

Anika Noni Rose graduated from Florida A&M University with a Bachelor’s Degree in theatre. She was interested in acting since her early years in high school. She used to participate in various plays of school’s production and eventually decided to turn professionally into an acting career. 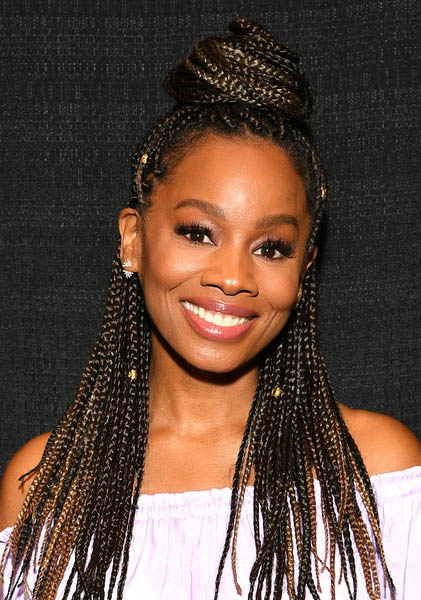 Anika Noni Rose made his play debut off-Broadway in 1998 appearing in several musical plays. Some of her notable plays are Tartuffe as Marianne, The Threepenny Opera as Polly Peachum, Footloose as Rusty, Carmen Jones as Cindy Lou, Eli’s Comin’ as the woman and Me and Mrs Jones. She won her first Obie Award for Best performance from the play Eli’s Comin’.

Anika Noni Rose eventually made her way to the Broadway by debuting from the musical play Caroline or Change as Emmie Thibodeaux. The play was highly successful, and it was performed three theatres namely The Public Theatre in 2003 and Eugene O’Neil Theatre and Ahmanson Theatre in 2004. For her performance, she won Clarence Derwent Award for Best Supporting Female, Lucille Lortel Award for Outstanding Featured Actress, Theatre World Award, Tony Award for Best Featured Actress in a Musical and Drama Desk Award nomination for Outstanding Featured Actress on a Musical all in 2004.

Since, then she has amazed the countless number of audiences with her performances in other hit musical plays like Cat on a Hot Tin Roof, Company, Hamilton, A Raisin in the Sun and Carmen Jones. For her performance in A Raisin in the Sun, she earned Tony Award nomination in 2014. In 2019, she made her second Lucille Lortel Award for Outstanding Lead Actress in a Musical for her lead performance in Carmen Jones as the main character. Additionally, she earned Outer Critics Circle Award and Drama Desk Award nomination the same year.

Anika Noni Rose made her film debut in 1999 making her small appearance in the film King of the Bingo Game. Following years, she appeared in Leonard Bernstein’s Mass at Vatican City she appeared in musical romantic comedy film From Justin to Kelly as Kaya in 2003. She then played small other roles in films like Temptation, Surviving Christmas and finally landed the significant role in the American musical drama Dreamgirls in 2006. For her performance in the movie as Lorrell Maya Robinson, she earned her first NAACP Image Award and Screen Actors Guild Award nomination in 2007. She also made the Grammy Award nomination for Best Compilation Soundtrack for Motion Pictures, Television, Or Other Visual Media in 2008. 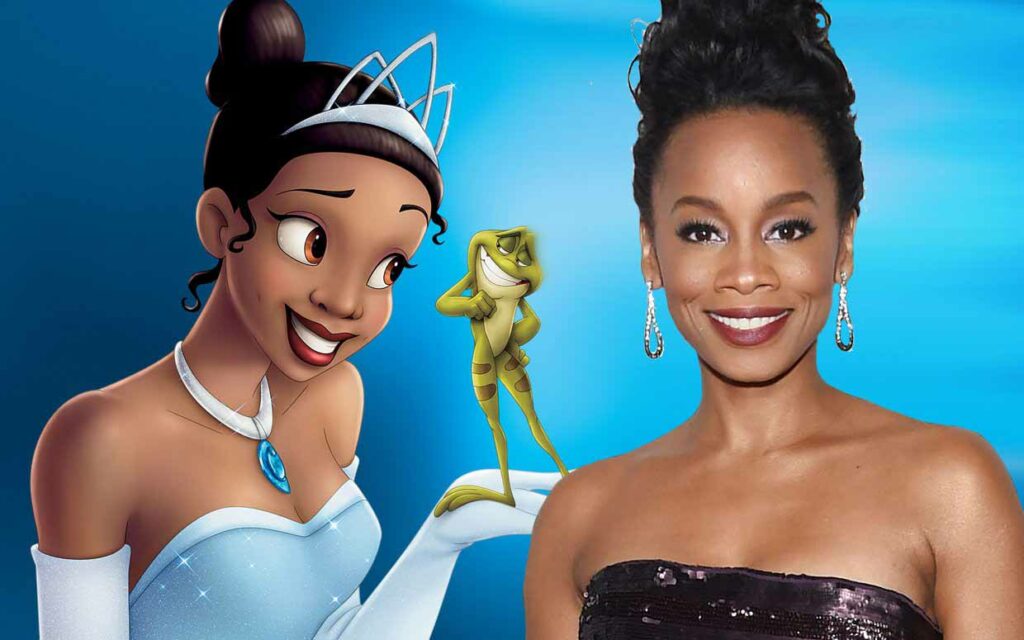 In 2009, Rose voiced for the main character Tiana and made her breakthrough in the film industry from the Disney animated musical fantasy film The Princess and the Frog. She won 2 Black Reel Award for Outstanding Voice Performance and Outstanding Original Song in 2010. She also won Disney Legend Award for Animation – Voice in 2011. She also won Black Reel Award for Outstanding Ensemble in 2011 for her performance in the film, For Colored Girls. Since then, she has appeared in various other movies like As Cool as I Am, Khumba, Everything, Everything, Assassination Nation, Body Cam, and so on.

As of 2020, she is working on a Christmas musical film, Jingle Jangle: A Christmas Journey and will narrate in a children’s book, Stellaluna.

Anika Noni Rose made her television debut in 2001. She played a small role in an episode of 100 Centre Street. She landed the recurring role in an American political drama tv series, The Good Wife as Wendy Scott-Carr in 2010.

In 2011, she made her short appearance in an episode of Law & Order: Special Victims Unit as Miriam Deng. For her performance, she was nominated for Tony Award for Best Featured Actress in a Drama Series. The same year, she appeared in 2 other tv films Have a Little Faith as Annette and Bag of Bones as Sara Tidwell.

In 2017, Anika Noni Rose landed the leading role in drama series The Quad as Dr Eva Fletcher. The series ended a year after in 2018. She then dropped another central role in adult animated comedy series Magical Girl Friendship Squad: Origins in 2020. She has also voiced for other numerous animated series like The Simpsons, Sofia the First and Avengers Assemble. 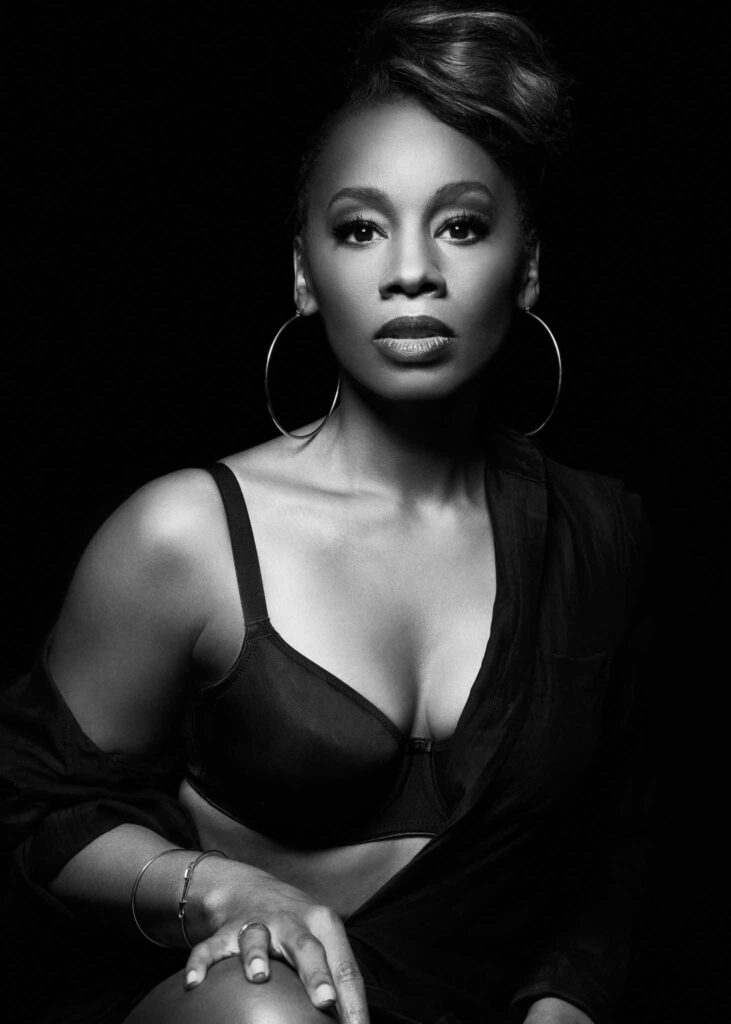 Anika Noni Rose might be quite open about her everyday life and expressing her thought and viewpoints, but when it comes to her love life, she is entirely guarded. We believe that she is currently single as she has not been to any rumours. In the past, she had a relationship with Colma Domingo and believed to have the longest relationship. Even though she didn’t confirm her relationship publicly but little did we know is that they were spotted together in a restaurant and their closeup picture together. Since then, there has been no other new information, and she seems to be currently focusing on her acting career.

As in 2020, Anika Noni Rose turned 48 years old. She is a beautiful lady with a height of 5 feet and 2 inches and a bodyweight of 57 kg. She has a slim body build. Her distinctive feature would probably her dark glowing skin and long braided black hair. She has a black eye colour and a small defined face.

Her zodiac sign is Virgo. Her sexual orientation is straight, and she belongs to Afro-American ethnicity. She belongs to American nationality.

As of 2020, Anika Noni Rose’s net worth is estimated to be around 3 million dollars. She earns her income solely from acting and is quite successful in her career.