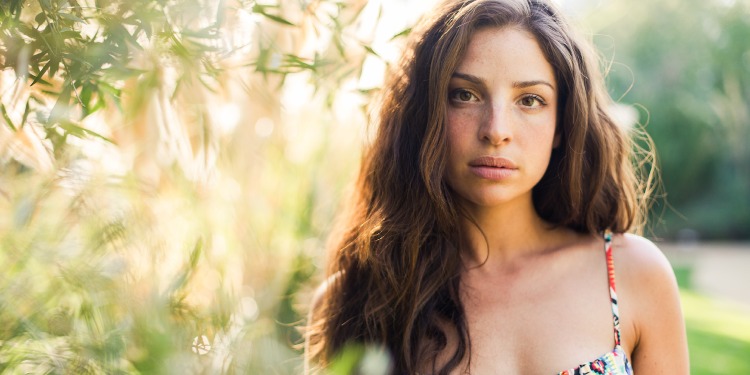 Anna Hopkins is a Canadian actress. With her debut performance landing in 2005, she has garnered a lot of fame for herself. She is very popular for playing the role of Lilith. She portrayed this role in the American supernatural drama series ‘Shadowhunters: The Mortal Instruments.’ Initially, she developed an interest in dancing to hip hop music and thought about building her career as a dancer. But she then changed her mind and transitioned into acting. As a result, she has been able to land many prominent roles, especially on television series. Would you please stick with us to know more about the actress and her life?

Anna Hopkins holds Canadian nationality, and she belongs to mixed ethnicity. She descends from Jewish Romanian, Hungarian, Scottish, and Welsh ancestry through her parents. Even though she has some Jewish ancestry, online sources claim that she is a Christian by religion. However, this remains unverified by the actress.

Anna Hopkins stands at the height of 5 feet and 7 inches (1.68m/168cm) tall, and she weighs around 56kg (123lbs). In addition to this, she has a slim body figure with a body measurement of 33-26-35 inches respectively. Moreover, she has beautiful brown colored eyes, and her hair is also brown.

Anna Hopkins has not talked much about her schooling years at the moment. However, we do know that for further studies, Anna Hopkins studied at the Concordia University. She studied communication studies and received her Bachelor of Arts degree. In addition to this, she also studied at the Paris Institute of Political Studies. She graduated with a Bachelor of Arts and Science degree from the institution.

Anna Hopkins is currently in a romantic relationship with her boyfriend, and his name is Daniel Barna. According to online sources, the two began dating in 2015 and have been together ever since. The lovebirds love updating their love life on social media platforms. Besides this, she has not yet married or had children.

Anna gave her debut performance in the entertainment industry in the year 2005. She appeared in the short movie ‘Stranger’ and four episodes of the miniseries Human Trafficking.’ She played the roles of Marie and Katerina, respectively. She went on to appear on numerous television movies and series before having her breakthrough moment in 2014. She played Jessica ‘Berlin’ Rainer in ‘Defiance,’ and people loved her performance. Another one of her most renowned works came in 2018 when she appeared as the mother in ‘The Give and Take,’ a short movie.

Apart from her contribution to the entertainment industry, Hopkins has also worked a lot on video games. She lent her voice for numerous characters in the 2010 action-adventure stealth video game, ‘Tom Clancy’s Splinter Cell: Conviction.’ Likewise, she also lent her voice in the action-adventure video game ‘Watch Dogs.’ In addition, she appeared in the protagonist Aiden Pearce’s (played by Noam Jenkins) younger sister, Nicole Anne ‘Nicky’ Pearce.

Anna Hopkins’s main source of income is her acting career. She has appeared in a decent amount of movies and series throughout her career. This has helped her a handsome amount of fortune. In 2021, her net worth is estimated to be around $7 million.