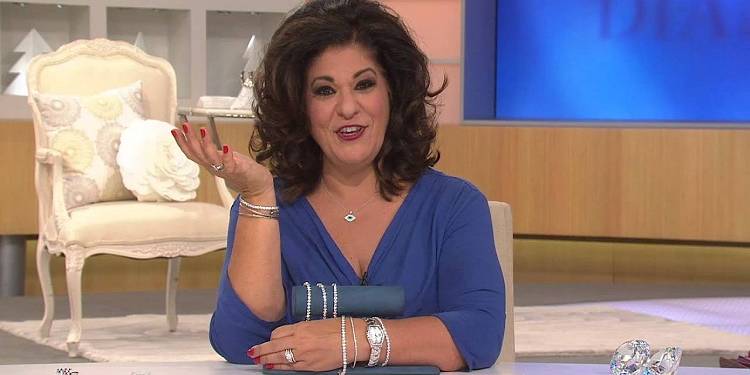 Antonella Nester is an American television personality. She is well-known for hosting the American shopping channel ‘Quality Value Convenience (QVC).’ She is famous for her cheerful smile and her delightful way of talking. Moreover, she is also renowned as a fitness enthusiast, and fans love following her fitness routine. Please stick with us to know more about the lovely host and the journey of her life.

Antonella Nester was born on 12 January 1964 in New Cumberland, Pennsylvania, the United States of America. Currently, she has not revealed the identities of her parents. However, we know that her parents moved to the United States of America from Italy before she was born. Moreover, we also know that her mother was a seamstress and her father was a barber. She spent her childhood growing up alongside three elder sisters. Besides this, she is currently 57 years old with the zodiac sign of Capricorn.

Antonella Nester holds an American nationality, and she belongs to the Caucasian ethnicity. She descends from Italian ancestry through her parents, who are Italian. However, the information regarding her religious views and background is currently a mystery.

Antonella Nester has not revealed much about her physical appearance, including her exact height, weight, and body measurements. However, judging by her looks, we can tell that she has an average body with an average height. In addition to this, she has lost weight after undergoing several treatments to cure cancer. Furthermore, her eyes are blue, and her hair is black.

You might want to check out Antonella Nester’s Retirement Plans.

Antonella Nester is currently in a marital relationship with her husband, and his name is Chris Nester. Their first meeting took place when they were pursuing their high school education. Since then, they have been together. However, their financial condition was not so stable. They struggled to make ends meet and could not live a decent life due to an unstable source of income. But they were able to get through the tough times as a couple.

Antonella and Chris have together welcomed three children. They have two sons, and their names are Michael Nester and Philip Nester. Likewise, they also have a sister, and her name is Hope Nester. Despite struggling to make a decent earning in the initial days of their relationship, Antonella and Chris are currently living a decent life with their children. She mentions that she wants her children to live their dreams.

Antonella Nester’s first-ever source of income was by selling pencils. Despite being a hard worker and dedicating all of her efforts to the work, she could not make much profit, and the job was not very productive. Because of this reason, she felt that her future was hopeless, and she would not be able to earn a decent amount of money. However, things started changing for the television personality when she landed a job as a host for QVC. She began making on-screen appearances, and this changed her life. She was one of the star hosts of the show, and her work resulted in the show’s rating of touch the skies.

The fans loved watching Antonella host the show. They loved watching her cheerful smile and hearing the delightful way she talked. She had been working with the show for a long time and was a famous face. But, unfortunately, things began taking a turn after the Coronavirus pandemic. The company announced that it did not have enough revenue, so they let go of some hosts, including her. The fans and Antonella herself expressed their disappointment, but there was nothing they could do.

Antonella Nester is currently fighting a battle against breast cancer and non-Hodgkin lymphoma. She is facing a tough time after losing a job and suffering from cancer, but she still has a cheerful smile on her face. She likes to post updates about her current condition on YouTube and share her experiences with her fans. Her recent video included her sharing her expertise regarding the fourth and final stage of chemotherapy.

Antonella has been able to endure the intense treatment confidently. Her fans, friends, and family supports her a lot. Her close friend, Jayne Hansen, even opened a funding page to get financial help in these challenging times. She also thanks to everyone who supported her through her videos.

Antonella Nester was making around $24,292 – $72,507 annually through her career as a QVC host. This means that she was earning $10.15 – $31.32 on an hourly basis. She struggled to earn money in the initial days of her career, but she could earn a decent amount of money in the later stages of her life. She is estimated to have a net worth of around $2 million as of 2021.

Antonella is active on social media platforms. An Instagram account (@antonella_nester) with her credentials and pictures has over 13 thousand followers. But the account has not been active recently, as the last post dates back to 8 September 2020. Besides this, she does not have a verified account on Twitter. However, she is active on Facebook (@TheRealAntonellaNester) with over 87 thousand followers and 52 thousand likes. Likewise, she is active on YouTube (Antonella M Nester), sharing her cancer experience and life experiences. She also shares cooking lessons on her YouTube channel, and she has over 22 thousand subscribers on her channel.