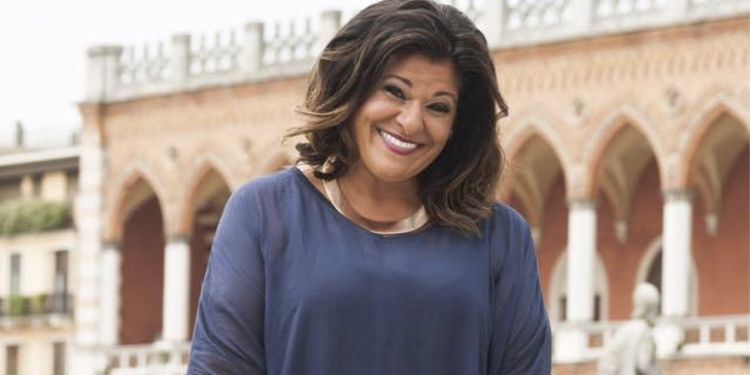 Antonella Nester is a popular personality in the media. She is well-known for her cheerful smile and her delightful talks. She is a fitness enthusiast and she loves sharing her fitness routine with the audience. In addition to this, she is also a host for the QVC channel. Her shows garner a lot of attention as people love how optimistically she speaks on the screen.

However, behind such a delightful and cheerful person lies a tough life. Antonella Nester is suffering from breast cancer as well as non-Hodgkin lymphoma. Her husband, Chris Nester has been really supportive and has been by her side at all times. She recently posted a video where she expressed her happiness by saying that the fourth and final stage of her chemotherapy treatment was over.

Antonella Nester has had a lot of ups and downs in her career. She also had to bid farewell to the show where she was a star host. Many fans complained about her dismissal but it could not be helped. Please stick with us to know more about the ups and downs in her life and how she handled it.

The COVID-19 pandemic has had a very harsh effect worldwide. It affected a lot of people and one such victim is Antonella Nester. Things went from bad to worse for the host as the QVC channel bid farewell to many of the star hosts like Gabrielle Kerr, Kristine Zell, Stacey Stauffer as well as Antonella herself. She explained departure through a Facebook post and claimed that it was due to the show re-airing on another channel, QVC2.

Following her departure from the show, Antonella Nester uploaded another video on YouTube. In this video, she says that she sold everything to buy a ship with her husband and called it her new home. She also talked about living on a boat instead of a concrete house. She gives a virtual tour of the boathouse to her fans. While living on a boat seems like a fun thing to do, fans took notice of how small the boat was with limited space to fit their belongings.

Despite her struggles, Antonella Nester has a very loving and supportive husband and his name is Chris Nester. Their relationship began when they were very young and were pursuing their high school education. They were head over heels for one another and have been together ever since. However, the lovebirds struggled to make ends meet. They could not live a decent life as they did not have a stable source of income. But they were able to walk through such tough times together as a couple.

One of their many struggles includes a time when they saved for months in order to buy a bracelet that Antonella liked. They went to buy the bracelet but Chris’ eyes landed on a watch which was around the same price as the bracelet. His eyes shone just like hers when she first laid eyes on the bracelet. But he was a very selfless man who was always buying things for the family and not for himself. With this in mind, she wanted to buy the watch for her husband but he insisted that she should buy the bracelet.

Antonella had already seen how much Chris liked the watch so she sneakily told the shopkeeper to finalize the watch instead. Such an act of mutual love towards each other impressed the shopkeeper and he offered a 50% discount on both items. This allowed them to buy the watch as well as the bracelet.

Antonella talks a lot about their selfless love and how one would do anything to make the other happy. They also wear their watch and bracelet to this day as a sign of their love. Surely, what they have between them is more than love. They might not have enough money to spend on luxuries but they are happy with what they have and what they have is an extraordinary love between them.