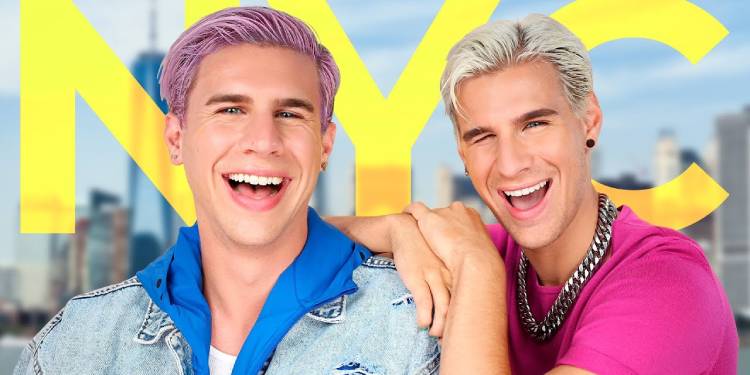 Brad Mondo is a very popular hairdresser and social media personality from America. He is also one of the richest in the business. Likewise, Eric Mondo is his brother who has appeared in a lot of his videos. However, these videos caught the attention of the public when they claimed that they were twins. Please stick with us to know more about how the public reacted and also find out if they are twins or not.

The Beginning of the Controversy

The hairdresser started garnering much attention when he uploaded a video titled, ‘I gave my Twin a Major Hair Makeover.’ Since then, Brad has uploaded similar videos, all with his “twin.” He is a hairdresser, so he loves creating content about hairstyles. These videos were able to amass a lot of views, and people loved watching the twin content. His audience also showed a lot of interest in knowing more about his twin brother. When the fans did a little research, they found out the dirty little secret that Brad was keeping away from everyone.

The Truth About Brad Mondo and Eric Mondo Being Twins

The fans found out that the brothers were not, in fact, twins after doing a little research. They found out that while Brad and Eric looked alike and are real-life brothers, they are not identical twins. Brad is the younger brother, and Eric is around three years older than him. Eric was born on 17 April 1992, while his brother was born on 28 October 1994. This makes it evident that the two of them are not twin brothers.

This created a lot of confusion among the fans when they found out that Brad lied to them. The exact reason behind such an action is still a mystery, as there is absolutely no need to lie to his fans. They expressed their sadness and anger by taking this topic and sharing it on different social media platforms. This certainly created a stain on Mondo’s professional career.

However, Brad Mondo has not stopped creating content even after the controversy. Indeed he did it for the views as people tend to like seeing twin contents a lot. But he has decided to avoid the social noise and comments and carry on with his videos.