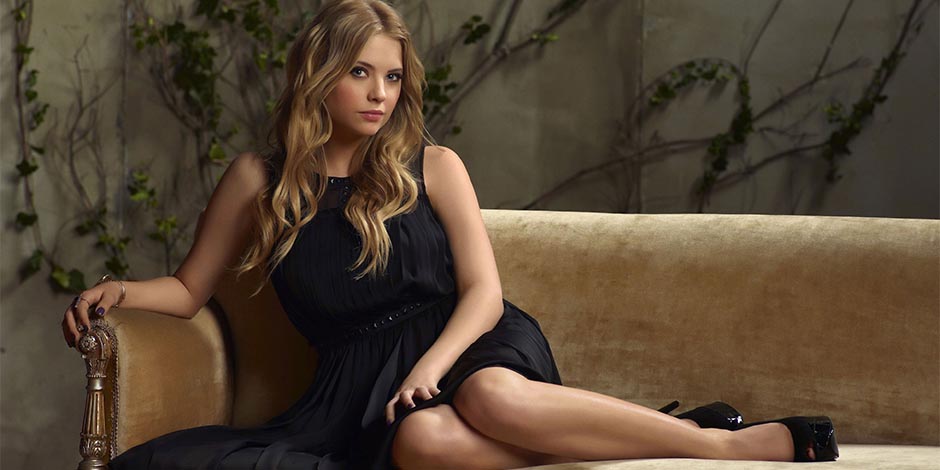 Who is Ashley Benson?

Ashley Benson is an actress/singer/model based in America who is famous for her role as Hanna Marin in the series “Pretty Little Liars” which aired in ABC network from 2010 to 2017.

She has acted in ten movies, nineteen television series, a web series, and seven music videos in her career of eighteen years ranging from 2002 to the present day. She also danced competitively and has studied different dance genres, including ballet, jazz, tap, and hip hop.

Ashley Victoria Benson was born in Anaheim Hills on 18th December 1989 to parents Jeff Benson and Shannon Benson. She belongs to English German (from her father) and Irish ancestry (from her mother). She was born two months premature and weighed just 2.8 pounds for which she was placed in ICU for about a month and was suggested for heart surgery. Her heart surgery was later canceled as her heart closed and was discharged from the hospital weighing four and a half pounds.

She is the youngest of the two siblings; her elder sister is actress Shaylene Benson. She started dancing and singing at a very young age. She was also a part of the local choir and performed her first solo at the local church when she was just four years old. She started modeling when she was only eight. She never went to high school, and her junior school is unknown. 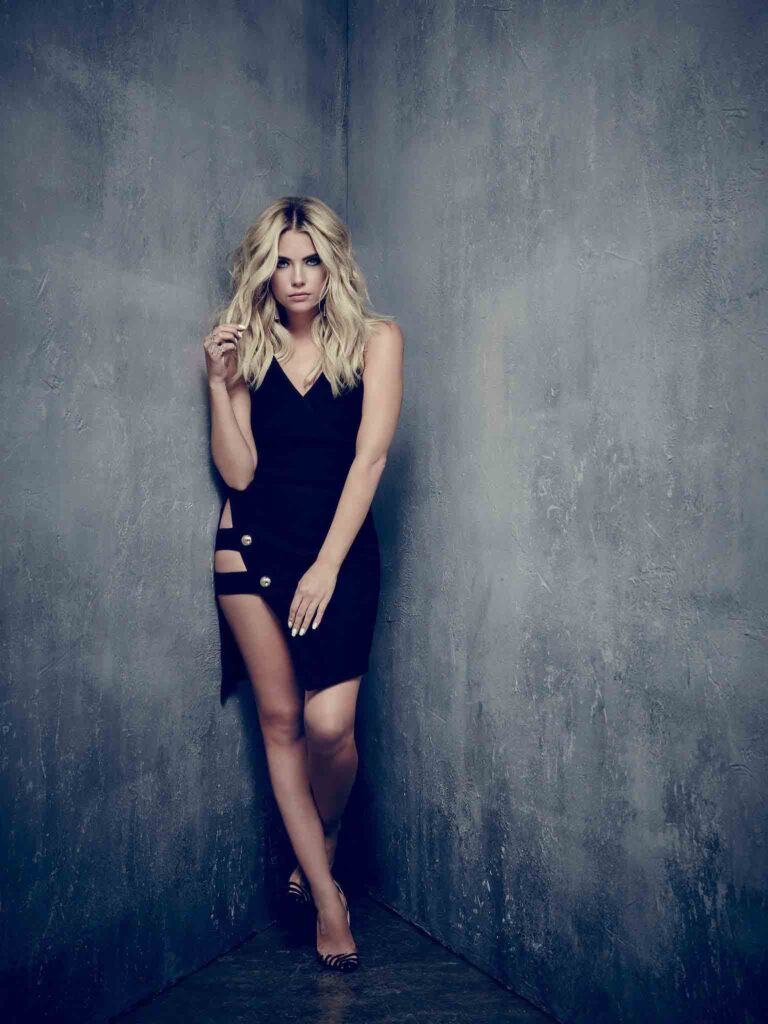 Ashley Benson started her career as a model at the age of eight for Ford Models with whom she is associated until today. She then made an appearance in several print ads. When she was ten, she was fascinated with acting and slowly transitioned her career towards acting. Her first appearance in Television was from a Domino’s Pizza commercial after which she was then seen in 35 different ads. She also did small roles in theatre plays during that time.

Ashley Benson was then featured in “Days of Our Lives” as Abigail Deveraux. She worked in the show for three years from 2004 to 2007. Her major debut on the large screen was from the 2004 romantic comedy film “13 Going on 20” in which she appeared in the role of Six Chick. She was then featured in “Bring it On In it to Win it” in 2007 as Carson. For this role, she overcame her fear of heights and terminated her contract with “Days of our Lives”. She had also practiced cheerleading for the film.

Benson was then seen in the 2008 Lifetime film based on real events “Fab Five: The Texas Cheerleader Scandal” as Brooke Tippit; head cheerleader. She then took up a supporting role in the 2008 film “Bart Got a Room” where she met Tatum O’Neal who taught her about acting.

Ashley then starred in an episode of “Supernatural” as a cheerleader who in reality is a witch. She has also worked in the television series “Eastwick” which is based on the novel of John Updike “The Witches of Eastwick”. She was seen in the role of Mia Torcoletti until the end of the series after running for just one season. She also appeared in an episode of CSI: Miami in 2008 as Amy Beck. 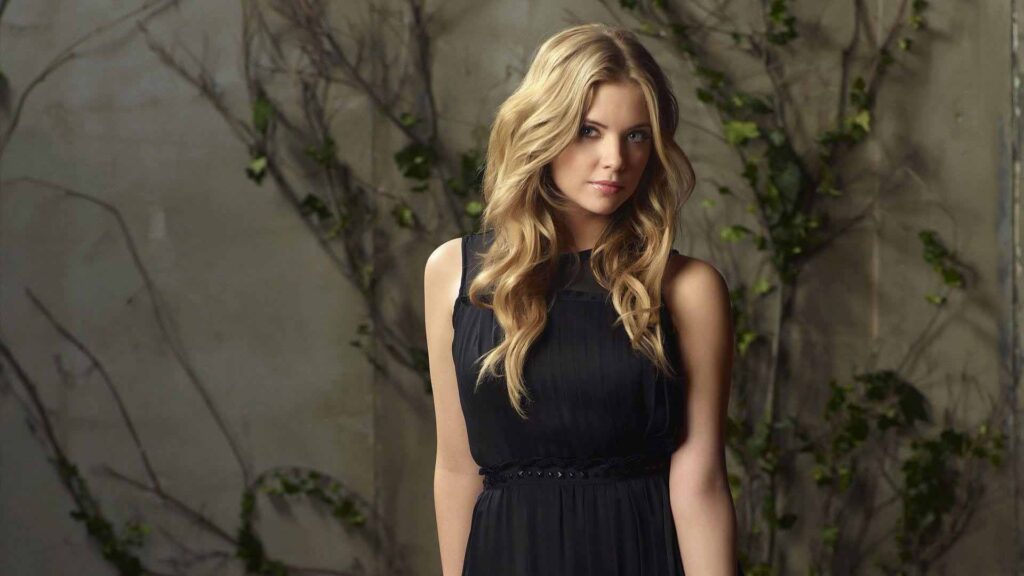 She was widely recognized after her role as Hanna Marin in the 2009 ABC teen mystery thriller “Pretty Little Liars”. Critics publicly praised her performance, and the series had a viewer count of 2.47 million during its premiere. While working on the series, she has also starred in “Christmas Cupid” and “Spring Breakers”.

Ashley Benson was a part of the famous CBS sitcom “How I Met Your Mother” in 2013 where she appeared on-screen as Barney’s Half-sister Carly Whittaker. She has also done an independent film “Ratter” and also appeared in “Pixels” as Lady Lisa. She was also a part of the 2016 biographical film “Elvis & Nixon”.

She has also appeared in a photoshoot for Vogue magazine alongside Britney Spears and has been featured in seven different music videos.

Ashley Benson was featured in the cover version of Radiohead’s “Creep” by G-Eazy and also in “All the Things You’re Searching For” by G-Eazy in 2020. She was also the co-writer of the song.

Ashley Benson was in a relationship with Cara Delevingne for two years until their breakup in 2020. She has also dated Justin Throne, Chord Overstreet, and Ryan Good in the past and is also the best friend of actress Shay Mitchell whom she met in “Pretty Little Liars”. She praises Angelina Jolie as her beauty icon and admits having a crush on the members of the band “Hanson” and Jonathan Taylor Thomas. She is also a big-time Converse and a Harry Potter fan. Ashley addresses Justin Bieber as her little brother. She has a dream of winning OSCAR someday and admits of practicing OSCAR speech since she was just 10. 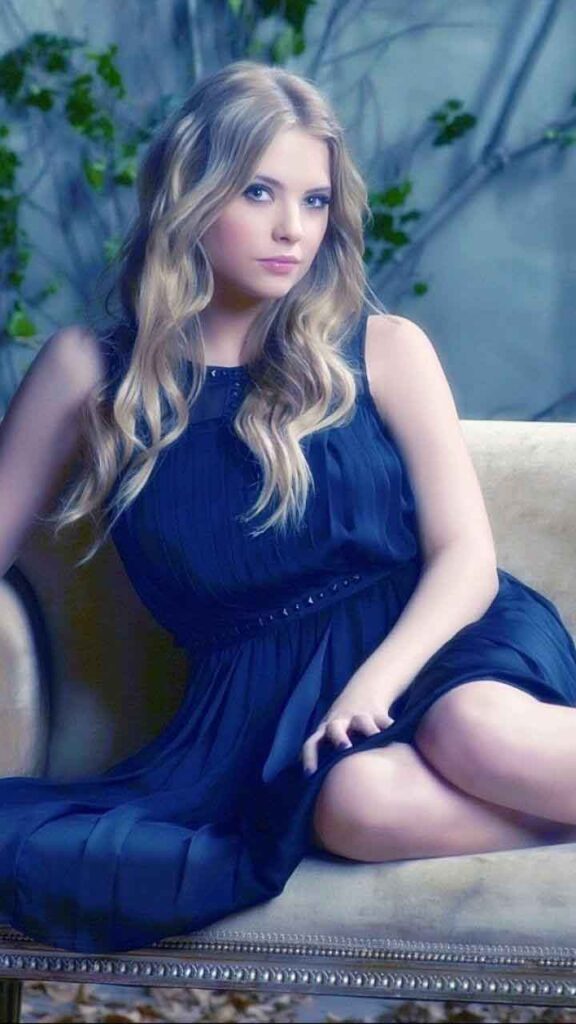