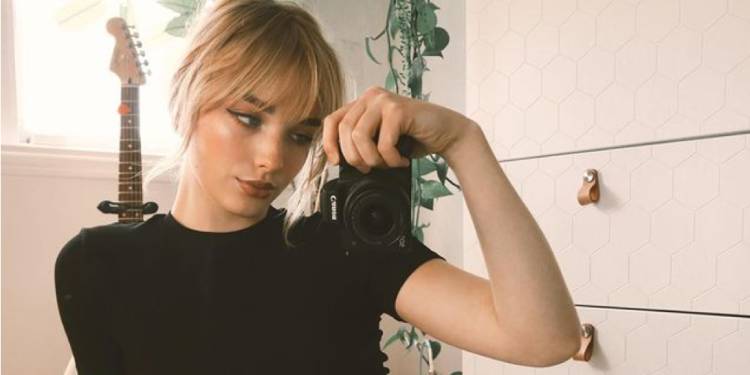 Avrey Ovard is an American social media personality. She is a famous figure on social media platforms like YouTube, Instagram, and Twitter. She likes posting content related to beauty, make-up, and traveling. Please stick with us to know more about the young talent and her biography.

Avrey Ovard was born on 16 May 2002 in Utah, the United States of America. Her mother’s name is Sascha Ovard, but she has not revealed the name of her father. Talking about her siblings, she has a sister and two brothers who all handle their own respective YouTube channels. Her sister’s name is Aspyn Ovard, and her brothers’ names are Trey Ovard and Tav Ovard. Besides this, she is currently 19 years old with the zodiac sign of Taurus.

Talking about Avrey Ovard’s educational background and qualifications, she recently completed her education. However, she has not shared the name of the educational institution she attended. Furthermore, she is an American, and she belongs to a white ethnicity. Sadly, she has not revealed the details about her religious practices and views.

Avrey Ovard stands at the height of 5 feet and 4 inches (1.63m/163cm) tall, and she weighs around 57kg (125lbs). Unfortunately, the details about her exact body measurements stay behind the curtains and away from the public’s attention. However, we can tell that she has a slim and well-maintained body figure. In addition to this, her eyes are hazel green in color, and her hair is dirty blonde in color.

Avrey Ovard likes posting a lot about beauty and make-up kinds of stuff on her social media. This makes it obvious that she likes doing make-up and working on fashion-related stuff. Furthermore, she also recently posted a video where she talked about her body transformation. Through this, we can conclude that she also likes working out and leading a healthy life. In addition to this, she is also a creative soul and likes recreating iconic pictures of celebrities on herself.

Avrey Ovard rose to prominence when she exposed an older man trying to flirt with her in the gym. He was asking for her number to go out for dinner with her. While it was flattering, it was inappropriate as he was in his 40s, according to Avrey, and she was just a teenager. She rejects his offer and calmly tells him that she is too young for him. Surprisingly, he replies by saying, “Well, I’m too rich.” She later uploaded the video on her TikTok account and captioned the video, “Leave Women Alone.” The video has received almost 4 million views as of now.

Apart from this, Avrey Ovard is a YouTuber by profession. She likes creating all sorts of content for her channel. These include vlogs, transformation videos, make-up videos, reviews, challenges, and even prank videos. She also loves collaborating with her sister, and she has a lot of videos with her sister. She has also created funny videos with her boyfriend where she does his makeup and calls him a “femboy.”

In addition, the lovebirds have done each other’s make-up, traveled together on occasions like Valentine’s Day, and even recreated several couple pictures together. Besides this, she has not married anyone yet, nor does she have any children at the moment.

Ovard’s primary source of income is through her content and activity on social media platforms. She has managed to garner over $200,000 through her YouTube videos alone. Furthermore, she also endorses numerous brands like Dolce & Gabbana and Realisation Par through her Instagram posts.

Unfortunately, she has not shared her exact net worth with the public. However, according to numerous estimations made by various online sources, we can say that her net worth lies between $1 million and $5 million as of the year 2021.