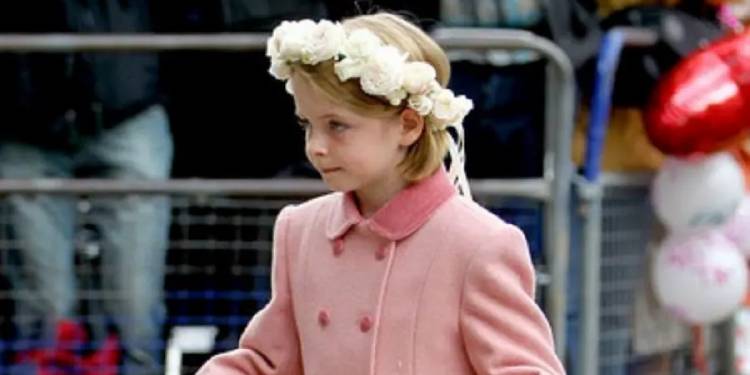 A lot of people rise to prominence through their relationship with a famous personality. Beatrice McCartney‘s case is similar as she is well-known for being the daughter of the famous English singer, songwriter, and musician Sir Paul McCartney. He is renowned as the bassist, co-vocalist, and co-songwriter of The Beatles’ English rock band. Please stick with us to know more about his daughter and Beatrice’s biography.

Beatrice McCartney’s full name is Beatrice Milly McCartney. She was born on 28 October 2003 in London, England. Her mother’s name is Heather Anne Mills, and her father’s name is Sir James Paul McCartney. Her mother is a former model and a television personality from Hampshire, England. She is also a businesswoman and an anti-landmine activist. She has contributed a lot to the entertainment industry, but she rose to prominence when she had an accident with a police motorcycle back in 1993. Unfortunately, the accident was so tragic that the doctors had to amputate her left leg below the left knee.

Likewise, Beatrice McCartney’s father is a singer, songwriter, and member of The Beatles. He is one of the most successful composers in the world of music even today, as 32 of his compositions have been able to grab the top place in Billboard Hot 100. He has been in the industry, topping charts and stealing the limelight from 1957 to the present time. He was so successful that even Queen Elizabeth knighted him and honored him as Sir because of his accomplishments in the music industry.

Talking about Beatrice’s siblings, she does not have any biological siblings of her own. However, she does have four stepsiblings through her father’s relationships. She has four stepsiblings through her father’s relationship with the American photographer, musician, and activist Linda Eastman. The eldest is Heather Louise McCartney, who is currently working as an artist and potter. Her second stepsibling is Mary Anna McCartney, who is a photographer and activist by profession. Likewise, her third stepsister is Stella Nina McCartney, who is currently working as a fashion designer. She also has one stepbrother, and his name is James Louis McCartney, and he is also a musician and songwriter, just like their father.

Beatrice mainly studied from her home as it was unsafe for her to study publicly like other children due to her father’s fame. However, the educational institution from where she pursued her education remains a mystery. We do know that she likes singing and playing the saxophone and she is good at it. But she stated that she does not want to follow in her father’s footsteps and become a musician. Instead, she wants to grow up and become a marine biologist in the future.

Besides this, Beatrice McCartney holds an English nationality, and she belongs to the Caucasian ethnicity. However, there is no information concerning her religious views and practices at the moment. Furthermore, the celebrity daughter is currently 17 years old with the zodiac sign of Scorpio.

McCartney stands at 5 feet and 6 inches (1.67m/167cm) tall, and she weighs around 62kg (136lbs). Apart from this, she has not let out the details concerning her exact body measurements at the moment. Furthermore, her eyes are brown, and her hair is blonde in color.

McCartney is still a student, and she has not begun her professional career. Because of this reason, it is not possible to determine her profession at the moment. Apart from this, she is also not active on social media platforms. She likes to lead a private life, and she prefers to stay away from the media’s attention.

Beatrice is still a teenager, and she has not been in any romantic relationship at the moment. She is currently focusing all of her time, efforts, and dedication towards building a professional career for herself. Because of this reason, she does not have a boyfriend at the moment and is single.

Net Worth of Beatrice McCartney

Beatrice has not begun working, so it is not possible to determine her net worth at the moment. However, we know that she is living a lavish lifestyle through the money she received through her parents’ divorce. While both of her parents share her custody, she received a hefty amount of around $38.5 million through her parents’ separation. This meant that she would get approximately $70,000 on an annual basis till she turned 17.