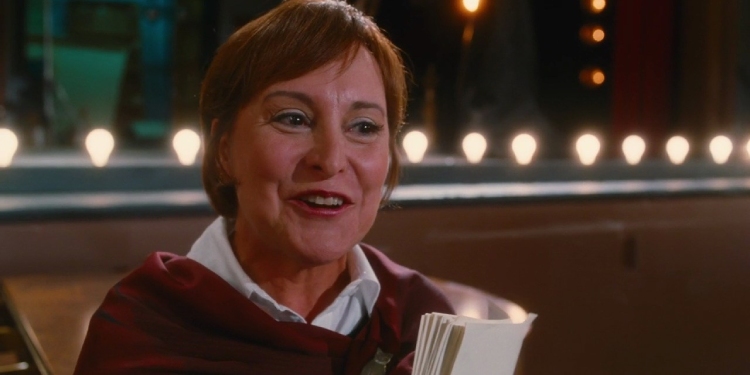 Belita Moreno, who is also known to us as Aurabela Belita Moreno, born on 1 November 1949, is an actress of Mexican descent best renowned for her roles as Benita “Benny” Lopez ABC sitcom George Lopez and Lydia Markham on Perfect Strangers and Edwina Twinkacetti.

Even though she is not an American descent, she was born and raised in America. Moreno attended Justin F. Kimball High school, and after graduating from there, she got enrolled in Southern Methodist University (SMU) to major in theatre.

She advanced her theater studies at the Pacific Conservatory of the Performing Arts in Santa Maria, California, where she made her Broadway debut in the musical Once Upon a Mattress.

Moreno met director Robert Altman within the short term of her arrival in Hollywood, California, to pursue her acting career. She landed roles in three of his films: A Wedding, 3 Women, and A Perfect Couple. She also portrayed various characters in many other movies, such as Clear and Present Danger, God! You Devil, Grosse Pointe Blank Swing Shift, and Mommie Dearest.

In the late 80s to early 90s, from 1986 to 1992, Moreno was a regular on the long-term  ABC TV series Perfect Strangers. Her television credits include roles in television movies like the miniseries Tales of the City, Crazy From the Heart and Death Benefit, and a slew of sitcoms and dramas like Family Ties, Melrose Place, and The Golden Girls.

Belita Moreno was a target of Pulitzer Prize-winning playwright Beth Henley in the 1980s. At least four premieres of Henley’s plays featured Moreno. Henley wrote several roles for Moreno, including “Popeye” in The Miss Firecracker Contest, which included some dialogue based on a true story revealed to the playwright by Moreno, and “Lacey Rollins” in the two-act play The Lucky Spot.

Moreno also played “Katty Foster” in Henley’s 1982 Broadway premiere of The Wake of Jamey Foster at the Eugene O’Neill Theater, directed by Ulu Grosbard, and “Macon” in the 1989 world premiere of Abundance at the South Coast Repertory in Costa Mesa, California.

Moreno has worked as an acting coach and advisor on several films since the early 1990s, including Jerry Maguire, Rush Hour 2, Almost Famous, Parent Trap, The Family Man, Crossroads, and 17 Again. In between 2002 to 2007, Moreno played Benny Lopez, George Lopez’s mother, on George Lopez. She also appeared on Disney’s Wizards of Waverly Place and USA Network’s Fairly Legal.

Even though Belita Moreno is well-known, little is known about her personal life. She never had any controversies back then and is happily hitched to Joel Rudnick, a talent agent who appeared in the films “Fiddler on the Roof” (1972) and “Two Idiots in Hollywood”  (1988). From this marriage, she has two children, a son, and a daughter.

According to Wikipedia, Google, Forbes, IMDb, and other credible online sources, Belita Moreno’s approximate net worth is between five million dollars to ten million dollars.

The majority of Belita’s earnings came from her Yeezy shoes. Although she had made the size of her company look inflated over the years, the money she made from it was real–enough to make her one of the wealthiest celebrities of all time. Her primary source of income is as a professional actress.

Belita Moreno is not active in social media and likes to live her life old school.