Who is Ben Kingsley?

Ben Kingsley is a well-known and successful English actor who has been seen working actively on his career since the year 1966.

Ben Kingsley, whose real name is Sir Ben Kingsley was born on 31 December 1943 in Snainton, North Riding of Yorkshire, England as a son of the father, Rahimtulla Harji, and mother, Anna Lyna Mary Goodman. His mother was an actress and model. 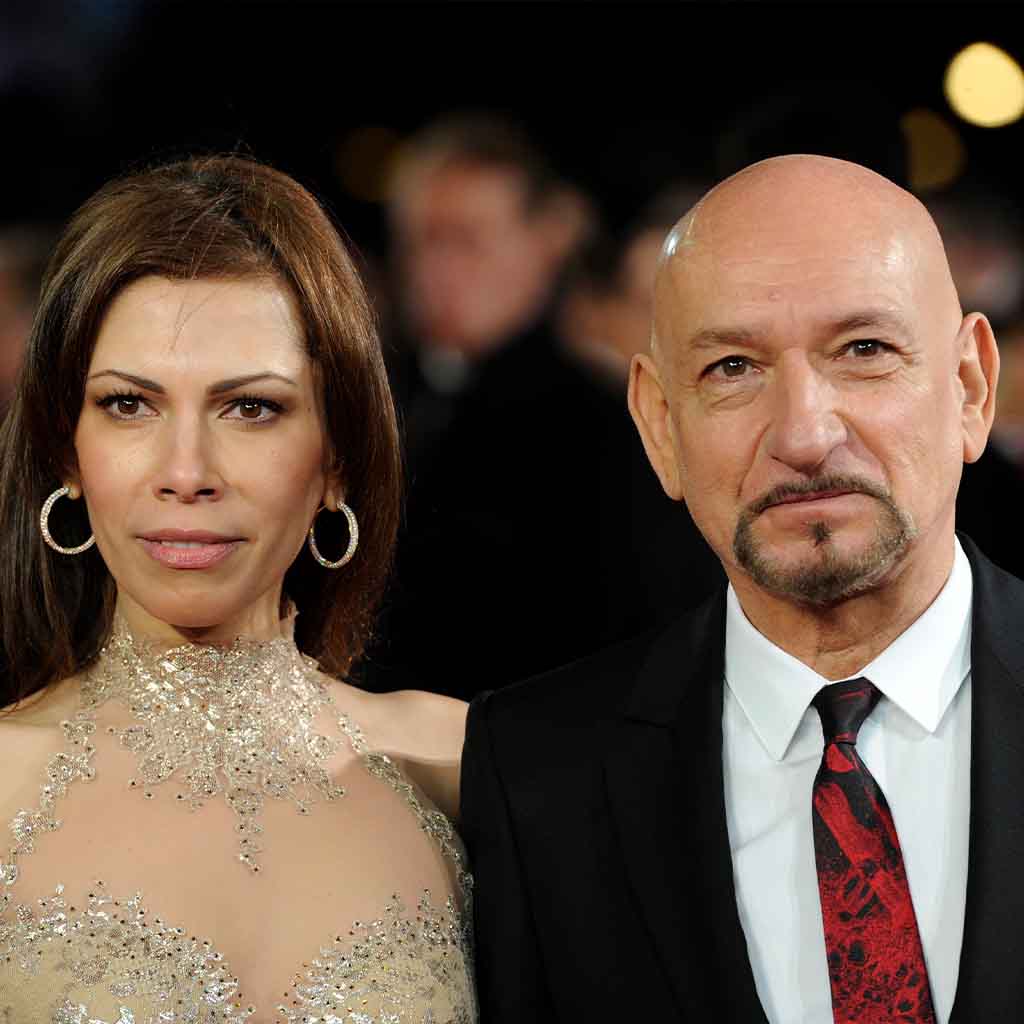 Ben Kingsley holds an English nationality and belongs to the ethnicity of Gujarati Indian and English. Currently, he is 76 years old with a height of 5 feet 9 inches (175 cm) and a weight of 76 kg. He had got bald hair with brown eyes. As he was born on 31 December, his zodiac sign is Capricorn.

Ben Kingsley spent his childhood in Pendlebury, Lancashire, and later, he attended Manchester Grammar School for his education. After that, he went to attend De La Salle College where he was seen participating in amateur dramatics. When he turned 23, he completed his graduation and also made his debut on graduation. Later, he joined the Royal Shakespeare Company in the year 2067.

Ben Kingsley started his career with stage work where he had been seen working on several productions like “As You Like”, “Much Ado About Nothing”, “Richard III”, “The Tempest”, “A Midsummer Night’s Dream”, “Hamlet”,  “The Merry wives of Windsor” and more.

Ben Kingsley started his television career after he had been cast as Roy on an ITV sitcom “Pardon the Expression” in 1996. In the same year, he was also seen playing the role of Peter Battersby on a British television thriller series “Orlando”. From the year of 1966 to 1967, he was cast into the role of Ron Jenkins on the British soap opera “Coronation Street”.

In the year 1973, he was seen appearing as Pierre on an ITC Entertainment British TV crime thriller series “The Adventurer”. After that, he was also seen playing the role of Naseem on a British television anthology drama series “Play for Today” in the same year. Later, he was also cast into the series “Full House” and “Wessex Tales” in the same year. Likewise, he was seen appearing on several series and movies like “Antony and Cleopatra”, “The Love School”, “Dickens of London”, “Velvet Glove”, “Crown Court”, “BBC2”, “ The Merry Wives of Windsor”, “Kean”, “Camille”, “Oxbridge Blues”, “Silas Marner”, “Stanley’s Vision”, “The Secret of the Sahara” and “Lenin: The Train”.

Further, Ben Kingsley was cast as Simon Wiesenthal in an American drama movie “Murderers Among Us: The Simon Wiesenthal Story” in 1989 from which he had won Golden Camera for Best International Actor and also received several nominations for his performance in the movie. In 1991, he was also seen playing the role of Pericles in a television movie “The War That Never Ends”. In the year 1995, he was also cast as Potiphar on a miniseries “The Bible: Joseph” and then, he was also seen playing the role of Moses on an internationally produced Biblical drama television miniseries “Moses”.

Also, he was seen playing the role in several movies like “Mrs. Harris”, “The Sopranos”, “Garfunkel & Oates”, “Tut”, “Watership Down” and “Perpetual Grace, LTD”.

Besides this, he was seen providing his voice-over for several video games like “Kiyoko and the Lost Night”, “Ceremony of innocence” and “Fable III”. 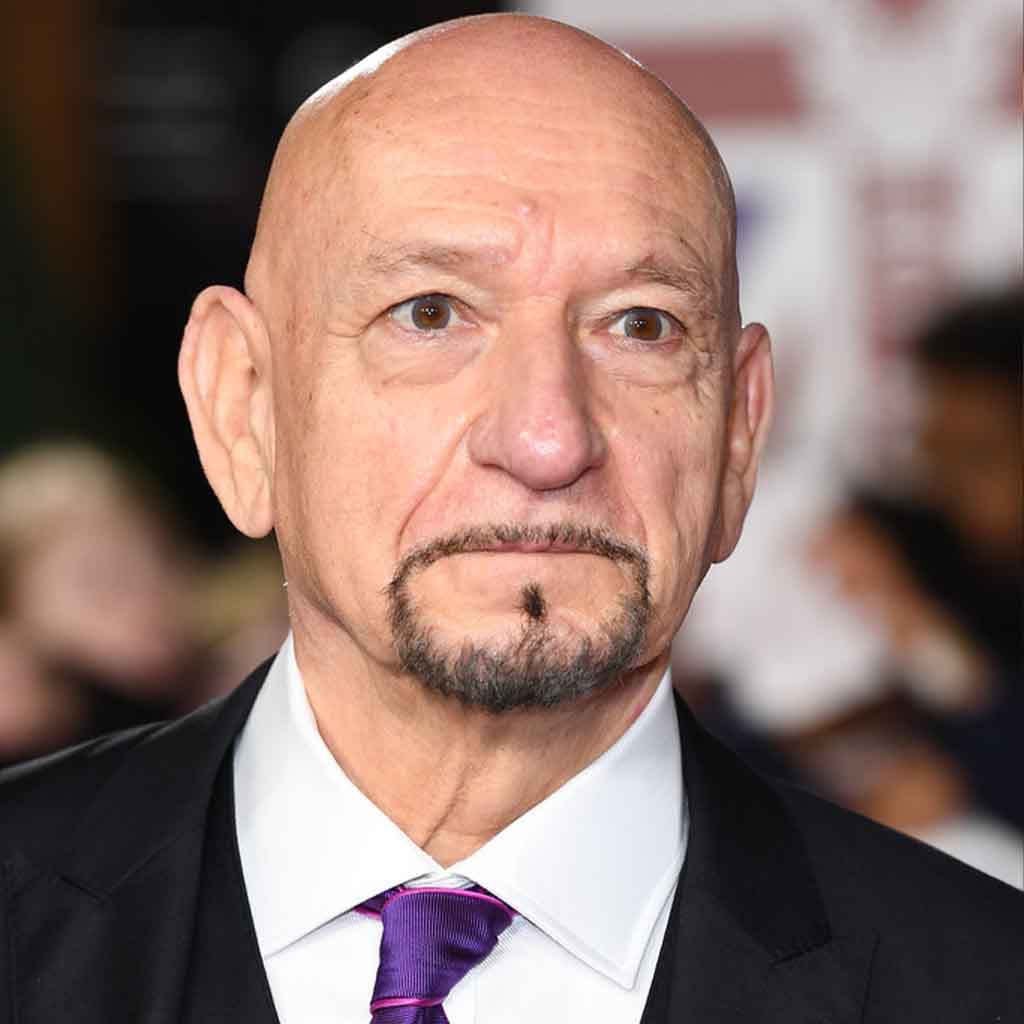 Ben Kingsley started his movie career after he had been cast as Royale in a British action thriller movie “Fear Is the Key” in 1972. After that, he was cast as Mahatma Gandhi in a period biographical movie “Gandhi” for which he had won so many awards and received many nominations.

Further, he was seen appearing in several movies like “Betrayal”, “Harem”, “Turtle Diary”, “Maurice”, “Pascali’s Island”, “Without a Clue”, “Testimony – The Story of Shostakovich”, “Slipstream”, “The %th Monkey”, “A violent Life”, “Bugsy”, “Necessary Love”, “Sneakers”, “Freddie as F.R.O.7” as a voice actor, “Searching for Bobby Fisher”, “Dave”, “Schindler’s List”, “Death and the Maiden”, “Species”, “Twelfth Night”, “The Assignment”, “Photographing Fairies”, “The Confession”, “Parting Shots”, “CNN Millennium”, “Spooky House”, “What Planet Are You From?”, “Rules of Engagement” and “Islam: Empire of Faith” as a voice actor.

In the year 2000, Ben Kingsley was cast as Don Logan on a crime film “Sexy Beast” for which he had won so many awards and nominations. In the year 2001, he was seen providing his voice over the character Specialist on an American science fiction drama movie “A.I. Artificial Intelligence”. After that, he was seen playing the role in various movies including “The Triumph of Love”, “Tuck Everlasting”, “House of Sand and Fog”, “Thunderbirds”, “Suspect Zero”, “A Sound of Thunder”, “Oliver Twist”, “BloodRayne”, “Lucky Number Slevin”, “You Kill Me”, “The Last Legion”

Later, in 2011, Ben Kingsley was cast as Georges Melies on an American adventure drama movie “Hugo” and in the same year, he was also seen in the movies like “The Desert of Forbidden Art” and “Beatles Stories”. Further, he was seen in the movies like “The Dictator”, “A Therapy”, “Iron Man 3”, “Ender’s Game”, “A Common Man”, “Walking with the Enemy”, “The Physician”, “A Birder’s Guide to Everything”, “Marvel One-Shot: All Hail the King”, “War Story”, “The Boxtrolls”, “Learning to Drive”, “Stonehearst Asylum”, “Exodus: Gods and Kings”

Also, “Night at the Museum: the secret of the Tomb”, “Robot Overlords”, “Knight of Cups”, “Life”, “Dragonheart 3: The Sorcerer’s Curse”, “Unity”, “Self/less”, “The Walk”, “The Jungle Book”, “Collide”, “The Ottoman Lieutenant”, “Security”, “War Machine”, “An Ordinary Man”, “Backstabbing for Beginners”, “Operation Finale”, “Night Hunter”, “Intrigo: Death of an Author”, “The Red Sea Diving Resort” and “Spider in the Web”.

In 2021, he will be seen on an upcoming American romantic comedy heist movie “Lockdown” and later, he will also be seen in the upcoming movie “The Way of the Wind”.

Later, in 2001, he had also won the Critics’ Choice Movie Award for Best Supporting Actor for the movie “Sexy Beast”. After that, he had also won Screen Actors Guild Award for Outstanding Performance by a Male Actor in a Miniseries or Television movie from the miniseries “Anne Frank” The Whole Story”.

Also, Ben Kingsley had won Saturn Award for Best Actor for the movie “Hugo” in 2013. After that, he was also won Annie Award for Outstanding Achievement in Voice Acting in an Animated Feature Production from the movie “The Boxtrolls” in 2015. 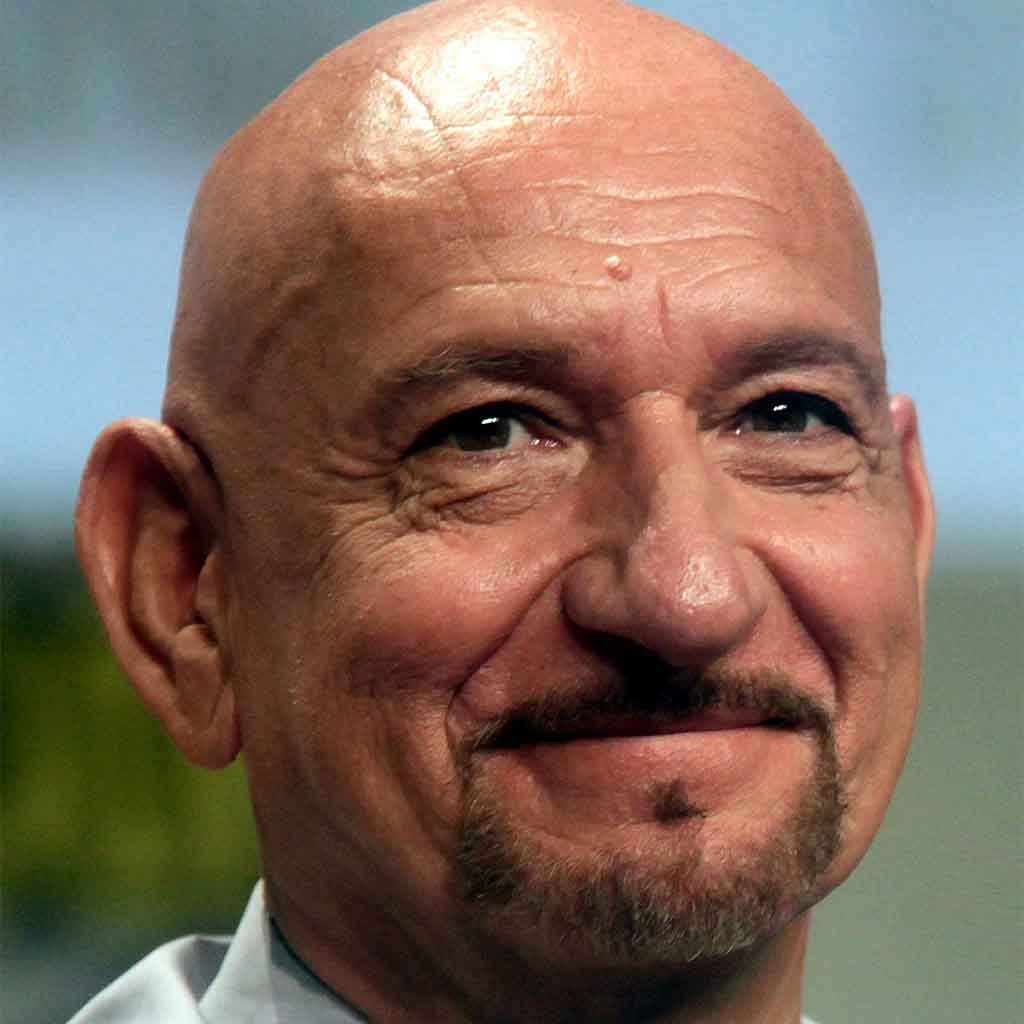 The estimated net worth of Kingsley is $60 million.