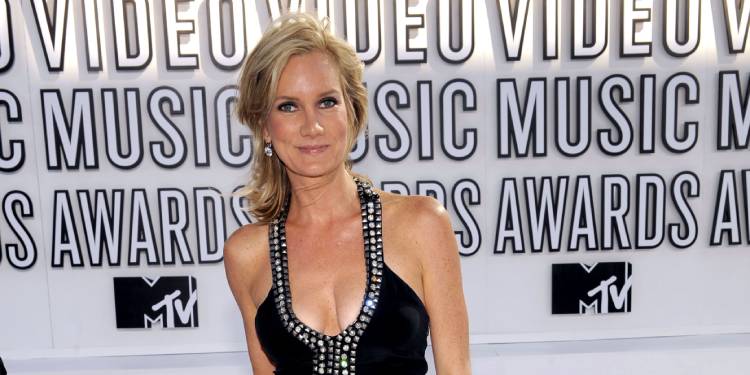 Beth Littleford is an actress and comedian. She is popular in the media for being one of the earliest contributors to the American late-night talk show, ‘The Daily Show.’ The show aired on the American primary cable channel, Comedy Central, and she appeared on the show for around four years. Please stick with us to know more about the actress and the journey of her life.

Beth Littleford’s actual name is Elizabeth Anna Halcyon Littleford. She was born on 17 July 1968 in Nashville, Tennessee, the United States of America. Her mother’s name is Jackie Littleford, and her father’s name is Philip O. Littleford. Her mother worked as a professor at Valencia Community College, while her father worked as a cardiologist as well as an inventor. He is the person behind the invention of the Littleford-Spector Introducer. She grew up alongside her brother, and his name was Mark Littleford. Unfortunately, she lost her father and brother in a plane accident that took place while they were on a fishing trip to Alaska. She was 16 years of age when this tragic incident occurred.

Talking more about Beth Littleford’s childhood, she was an excellent student during her schooling years. She was also the finalist for the National Merit Scholarship. She was a student of Winter Park High School. For further studies, she studied at the Swarthmore College situated in Pennsylvania. She completed her higher education after three years and decided that she wanted to enroll in the acting industry. So, she joined the acting classes at New York University. In addition to this, she is also a graduate of the New School for Social Research. Besides this, she is currently 53 years old with the zodiac sign of Cancer.

Since Beth Littleford was born in the United States of America, she is an American by nationality. In addition to this, she belongs to the white ethnicity. Sadly, she has not let out much information concerning her religious background and views at the moment.

Beth Littleford stands at the height of 5 feet and 8 inches (1.74m/174cm) tall, and she weighs around 50kg (110lbs). Sadly, she has not publicly talked about the details concerning her exact body measurements at the moment. However, judging from her looks, we can tell that she has a slim body figure. In addition to this, her eyes are green in color, and she has blonde hair.

Beth Littleford is an actress, so it is obvious to say that acting is her hobby. She developed an interest in acting when she was in the sixth grade. She was playing the lead role in the Park Maitland School‘s play in Central Florida. During one of the ending scenes of the play, she had to cry and display her sadness. However, she was able to express the character so well and impress the audience so much that they were able to experience her pain. Since then, she has had a special place for acting in her heart.

Beth Littleford has made a lot of contributions to television as well as in numerous movies. Her professional on-screen debut was in the year 1996 when she was able to grab a spot for herself as the original female correspondent of the late-night talk show, ‘The Daily Show.’ Her debut on-screen was also the breakthrough moment of her career as she was able to garner a lot of fame through the show. Likewise, her professional debut as an actress came two years later, in 1998. She portrayed the role of Suzanne in the drama movie ‘A Cool, Dry Place.’ She appeared alongside artists like Vince Vaughn and Joey Lauren Adams in the film.

In the same year, Beth Littleford also portrayed the recurring role of Deirdre West. She played this role in the American television sitcom ‘Spin City.’ Another one of her most notable roles came a year later, in 1999. She played the role of Janice Pettiboe in the comedy-drama movie ‘Mystery, Alaska.’ In addition to this, people also recognize her as Claire from the 2011 American romantic comedy movie ‘Crazy, Stupid, Love.’ Her most recent work came in the year 2021. She appeared as Sarah in the Hulu original series, ‘Love, Victor.’

Talking about her social media presence, Beth is an active social media user. She has over 168 thousand followers on her official Instagram account (@bethlittlefordofficial). Likewise, she has well over 46 thousand followers on her Twitter account (@bethlittleford). Furthermore, she is also available on Facebook (@BethLittleford).

Beth Littleford was previously in a marital relationship with her ex-husband, and his name is Rob Fox. He was a director and producer by profession. Their first meeting took place when they were working on ‘The Daily Show.’ The former lovebird decided to tie their knots in the year 1998. Following their marriage, the couple together welcomed a baby boy in 2005, and his name is Jackson Oliver-Fox. Likewise, they also adopted a baby girl and thought Halcyon would be the perfect name for her. However, Jackson had other ideas and believed that Juna would fit her perfectly. So, the parents and the big brother finally decided to name her Halcyon Juna Fox.

Unfortunately, Beth and Rob’s marriage came to an end after almost two decades in 2015. However, the tragedy did not end there as Rob left this world two years after his divorce in 2017. As of now, Beth is most probably single and not in a romantic relationship with anyone. She is currently living in her residence in Los Angeles along with her two kids.

Net Worth of Beth Littleford