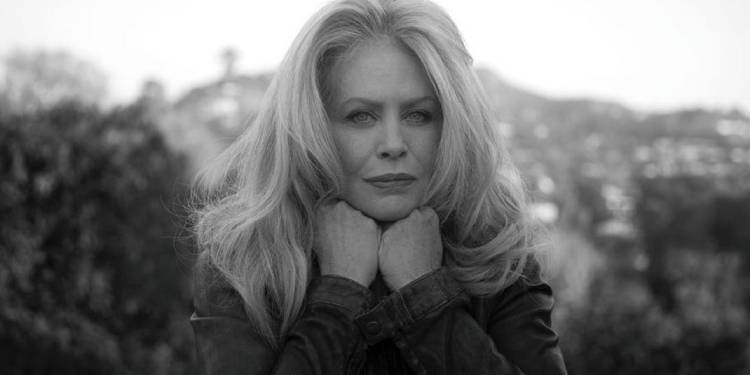 Beverly D’Angelo is an American actress. She is well-known in the entertainment industry for portraying the role of Ellen Griswold in the National Lampoon’s Vacation movie franchise. She played the role from 1983 to 2015.

Furthermore, she has also starred in over 60 movies throughout her professional career as an actress. Please stick with us to know more about the actress and the details of her life.

D’Angelo’s full name is Beverly Heather D’Angelo. She was born on 15 November 1951 in Columbus, Ohio, the United States of America. Her mother’s name is Priscilla Ruth, and her father’s name is Eugene Constantino “Gene” D’Angelo.

Beverly’s maternal grandfather is also a famous personality, and his name is Howard Dwight Smith. He is well-known for behind the person behind the architecture and the design of the famous Ohio Stadium of the Ohio State University. Besides this, she is currently 69 years old with the zodiac sign of Scorpio.

Beverly D’Angelo holds an American nationality, and she belongs to mixed ethnicity. She descends from English, Irish, Scottish, and German ancestry through her mother’s side. Likewise, she falls from Italian origin through her paternal side. Apart from this, she is a Christian, and she practices Christianity as her religion.

Later, she would then enroll at the Whetstone High School and complete her schooling level education. Then, she enrolled at the Ohio State University and completed her education at the institution for further education.

Beverly stands at the height of 5 feet and 2 inches (1.57m/157cm) tall, and she weighs around 61kg (134lbs). She has an hourglass-shaped body figure with a body measurement of 37-25-37 inches, respectively. Furthermore, the color of her eyes is blue, and they look pretty with her blonde hair.

Beverly D’Angelo gave her debut performance as an actress in the entertainment industry in the year 1977. She played a small role in the American romantic comedy movie Annie Hall. In the same year, she also portrayed Sandra in the American supernatural horror movie, The Sentinel.

Likewise, she also played the role of Shelley in the 1977 romantic drama movie First Love. The breakthrough moment of her career came three years later, in 1980. She appeared as Patsy Cline, one of the most popular singers of the 20th century, in the biographical musical movie Coal Miner’s Daughter. For her portrayal of this role, she won a nomination from the Golden Globe Awards.

Another one of Beverly’s most remarkable works came when she played the role of Ellen Griswold in the American road comedy movie National Lampoon’s Vacation. Little did she know that she would later represent the character in all of the movie’s sequels.

She portrayed the character for the first time in 1983 and for the last time in 2015. In addition to her remarkable contribution to the movie industry, she has also had immense success in the television industry. She appeared as Stella DuBois Kowalski in the 1984 drama television movie, A Streetcar Named Desire. This role would later nominate her for a Primetime Emmy Awards.

Apart from this, Beverly D’Angelo is not active on social media platforms. Instead, her fans have created a lot of fan-made accounts dedicated to the veteran actress. Apart from this, she does not have an official account on platforms like Instagram, Twitter, and Facebook at the moment.

You might want to check out Thea Sofie Loch Næss.

D’Angelo was initially in a relationship with her first husband, and his name is Lorenzo Salviati. He is an Italian actor by profession, and the two of them tied their knots on 8 September 1981. Unfortunately, things began falling apart for the couple, and they separated.

They finally divorced on 5 November 1995 due to reasons that are currently a mystery. Following their divorce, she began seeing Anton Furst. He was a production designer and also a recipient of an Academy Award. However, her relationship did not last long with him either, as he took his own life in 1991.

Beverly D’Angelo married Al Pacino, an American actor, and moviemaker, in the year 1997. They conceived twins through In Vitro Fertilisation. They have a son and a daughter. Their names are Anton James and Olivia Rose. They were born on 25 January 2001. Unfortunately, Beverly and Al Pacino parted ways in the year 2003.

Net Worth of Beverly D’Angelo