Bill Nighy is a successful actor as well as voice actor and theatre artist.He first gained attention from the, film Love Actually and became famous after his role in the Pirates of the Caribbean.

Bill Nighy is a successful actor as well as voice actor and theatre artist from England. He is known for his work on numerous films and television series. He first gained attention from the, film Love Actually in 2003 and later became famous after his role in the Pirates of the Caribbean as Davy Jones. He also made his Broadway debut along the lines receiving Tony Award nomination in 2015.

Bill Nighy was born on 12th December of 1949 in the town called Caterham of Surrey in England. His real name is William Francis Nighy and he is the son of a psychiatric nurse, Catherine Josephine Nighy and a manager of car garage, Alfred Martin Nighy. He was raised in a roman Catholic family with his brother Martin and sister Anna.

Nighy finished his schooling from a Roman Catholic school, John Fisher School. There he participated in theatre programs as a member. He later attended the drama school, Guilford School of Acting.

Bill Nighy made his career debut with the comedy play, Plaza Suite in 1969 where he portrayed the character of assistant stage manager. The play was performed in Watermill Theatre. He then continued on appearing in number of plays like The Milk Train Doesn’t Stop Here Anymore, Landscape and Silence, Entertaining Mr Sloane, The Immoralist, Speak Now, Under New Management, Freedom of the City and so on.

Nighy made his Broadway debut with the British play Skylight in 1995 where he portrayed the character of Tom Sergeant. He then appeared in 2 other Broadway plays, The Vertical Hour as Oliver Lucas in 2006 and in Skylight again in 2015 which was performed in John Golden Theatre. 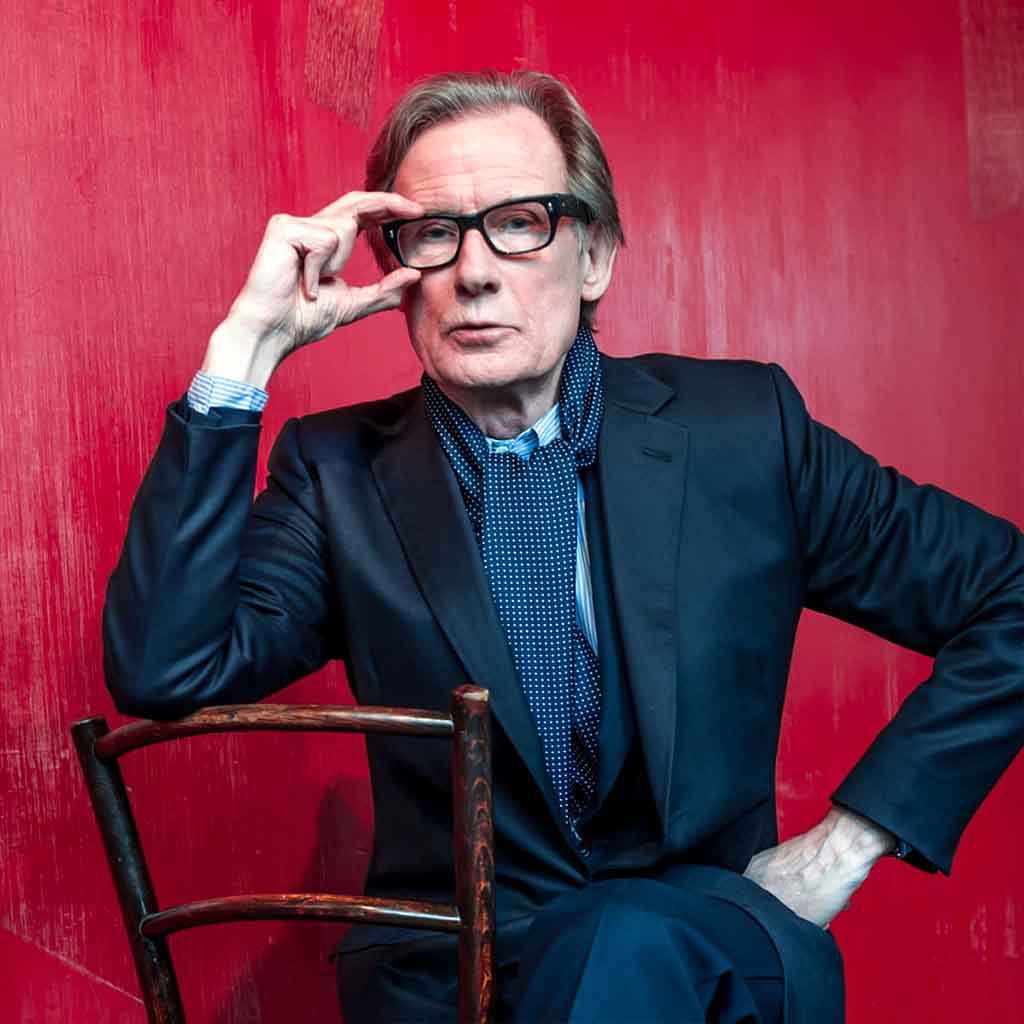 Bill Nighy first made his television debut before stepping into film. He made small appearance in the police-based drama series, Softly, Softly: Task Force as Albert Blake in 1976. He only landed major role in 1985 in the tv series, The Last Place on Earth as Cecil Meares. In 2003, he started appearing in number of tv films like, Ready When You Are, Mr. McGill, The Lost prince and also narrated in the tv film, Life Beyond the Bo: Norman Stanley Fletcher.

Nighy went on to starring in the tv films like, The Gils in the Café, Gideon’s Daughter, Page Eight, Turks & Caicos, Salting the Battlefield and in Red Nose Day Actually. He received Golden Globe Award and Satellite Award in 2006 for his performance in Gideon’s Daughter.

Bill Nighy made his film debut with the uncredited roles in the film The Bitch as flower delivery boy in 1979. He continued on playing smaller roles in number of films until he received public attention in 2003 with the film, Love Actually in 2003. He had received his first Los Angeles Film critics Association Award in 2001 for his supporting role in the film Lawless Heart but later he went on to achieving BAFTA Award and several other awards and nomination after his film Love Actually in 2003.

He further played major roles in the films like Underworld and its trilogy in following years as well as number of films like, Pirates of the Caribbean and its trilogy, Wrath of the Titans, Pride, I Capture the Castle, Arthur Christmas, and so on.

Bill Nighy started playing radio drama since 1981. His first role was Sam Gamgee in the radio drama called The Lord of the Rings which was played in BBC Radio 4. Then he continued on playing in number of dramas like Yes, Minister Arcadia, Blue/Orange, Turtle Diary, All Fingers and Thumbs and son on. He played major role as Charles Paris in number of radio dramas like So Much Blood, A Series of Murders. He furthered played main role in A Charles Paris Mystery and its series in 2006, 2007, 2008, 2010 and also in 2016, 2019 and 2020. 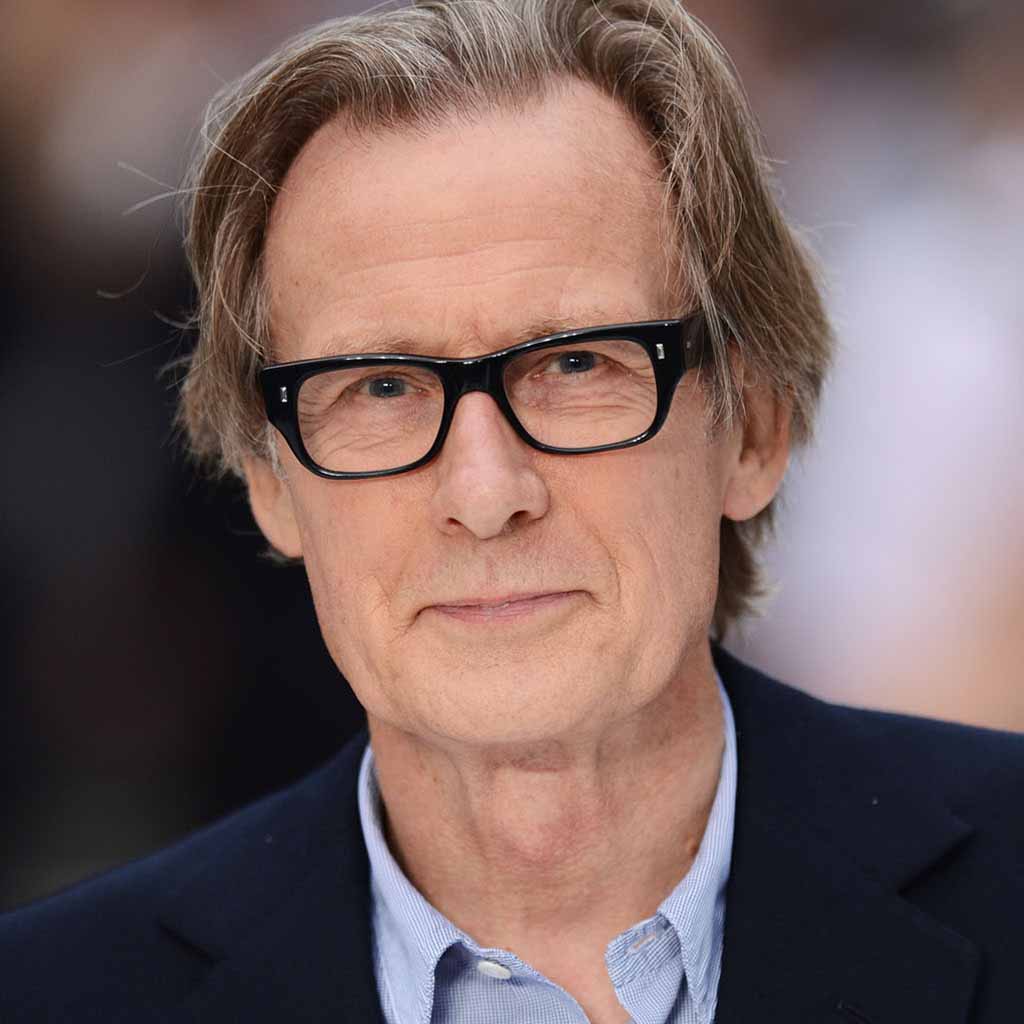 Bill Nighy is currently single neither he has married anyone. But he does have a daughter named Mary Bing Quick Nighy with his long-time ex-girlfriend, Diana Quick. There have been no any rumors about his love life except his 28 years long relationship. He started dating her in 1980 and she gave birth to his only daughter in 1984 and they never get married finally ending their relationship in 2008.

Nighy is active in Twitter and has over 6.1 million followers. He can be connected through @BillNye. He is also an Instagram user and has over 3.1 million followers. He is quite an active and friendly person open to social activities and medias. He speaks about gender equality and also supports the charity, Scene & Heard. He has also spoken about gay rights in many occasions.

Bill Nighy is 70 years old as in 2020 and he is more active in his career as he could ever be. He has tall height of 6 feet and 2 inches with body weight about 75 kg. He has a slim body build. He possesses blue eyes and salt and pepper hair color. He is distinctively known for his pale appearance.

Nighy belongs to white ethnicity and he has Irish and Scottish ancestry. His nationality is English. His sexual orientation is straight and has Sagittarius as his birth sign. 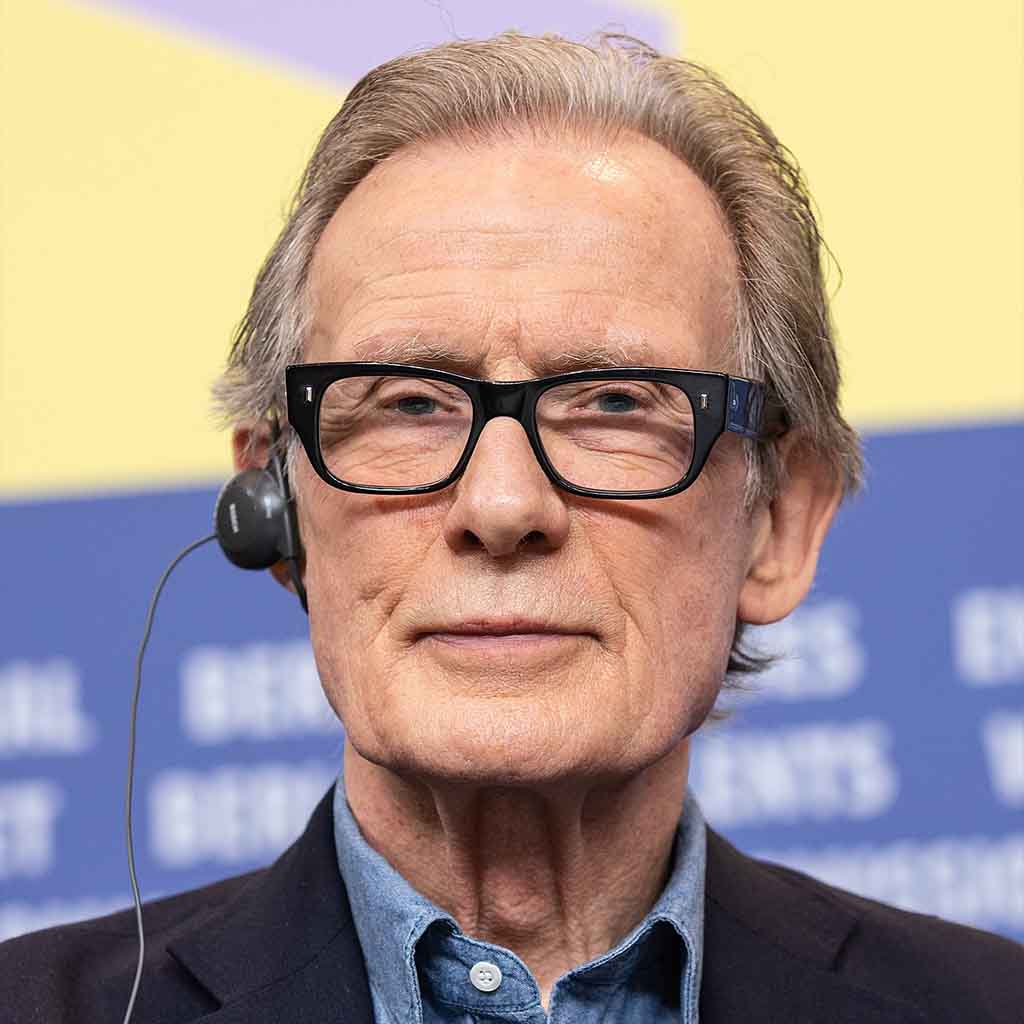 Bill Nighy’s net worth is estimated to be 8 million dollars as in 2020. It is his 44 years of acting career that helped him to reach this milestone. He has appeared in number of films and television series as well as in Radio dramas. He has also voiced for number of video games which all sums up to his net earnings. There is no doubt that he will making more earnings in coming years as he is actively working in films, televisions as well as in Radio dramas showing no sign of stopping yet.