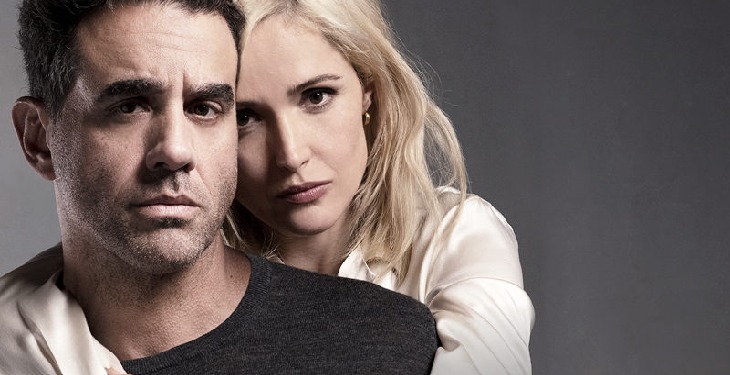 Bobby Cannavale is a two-time Primetime Emmy award-winning American actor. He is well-recognized in the entertainment industry for portraying the role of Roberto Caffey in the American crime drama television series Third Watch.’ Another one of his most notable works came in the year 2015. He played the recurring role of Jim Paxton in the American superhero movies ‘Ant-man’ and ‘Ant-man and the Wasp.’ Please stick with us to know more about the actor.

Who is Bobby Cannavale?

Bobby Cannavale’s full name is Robert Michael Cannavale. He was born on 3 May 1970 in Union City, New Jersey, the United States of America. His mother’s name is Isabel Cannavale, and his father’s name is Salvatore ‘Sal’ Cannavale. Unfortunately, his parents separated when he was 13 years old. His mother raised him as her only child following their separation. Besides this, he is currently 51 years old with the zodiac sign of Taurus.

Bobby holds an American nationality, and he belongs to mixed ethnicity. He descends from Italian ancestry through his father’s side and Cuban origin through his mother’s side. Besides this, he grew up as a Catholic, and he practices Christianity as his religion.

Bobby stands at the height of 6 feet and 2 inches (1.88m/188cm) tall, and he weighs around 83kg (183lbs). His chest measures 40 inches, while his waist measures 32 inches. He has a decent bicep measurement of 15 inches. In addition to this, he has a slim body figure with a pair of brown eyes color and black hair color.

Bobby studied at Saint Michael’s Catholic School. He participated actively in numerous co-curricular activities. He also developed an immense interest in acting when he got the role of Winthrop in a school play of ‘The Music Man.’ Following this, he also got the role of a gangster in another school musical, ‘Guys and Dolls.’ For further studies, he completed his diploma from Union Hill High School.

Bobby landed his debut performance in the entertainment industry in the year 1996. He played a minor role of a parking lot customer in the American buddy dramedy movie ‘I’m Not Rappaport.’ The breakthrough moment of his career came in 1999 when he played the role of Roberto Caffey. He portrayed this role for 38 episodes of the American crime drama television series, ‘Third Watch.’

Another notable role came in the American period crime drama series ‘Boardwalk Empire’ and another series, ‘Will and Grace.’ In addition to his acting career, he also works as a stage director. He landed a remarkable work when he played the role of Jackie in the 2011 play, ‘The Motherfucker with the Hat.’

Who is Bobby Cannavale Married To?

Bobby Cannavale was previously married to his ex-wife, and her name is Jenny Lumet. She is an American actress and screenwriter. She is well-known as the daughter of the American director and producer Sidney Arthur Lumet. They had not shared any information about when they met or how they met, but we know that they married in 1994.

Following their marriage, the couple welcomed a son, and his name is Jake Cannavale. Jake is an American musician and an actor. Unfortunately, the couple separated in the year 2003 after staying together for almost a decade.

Bobby is currently married to his wife, and her name is Rose Byrne. She is an Australian actress and is well-recognized for her role as Rastus Sommers in the 1994 movie ‘Dallas Doll.’ The two of them met in the year 2012 and are together ever since. They welcomed two sons, but they are still not married. Their names are Rocco Robin Cannavale and Rafa Cannavale.

Does Bobby Cannavale do Drugs too?

Bobby Cannavale earns from his professional career as an actor. He is a pretty successful actor, and he has undoubtedly made a handsome amount of fame and fortune. As of the year 2021, he has an estimated net worth of around $10 million.