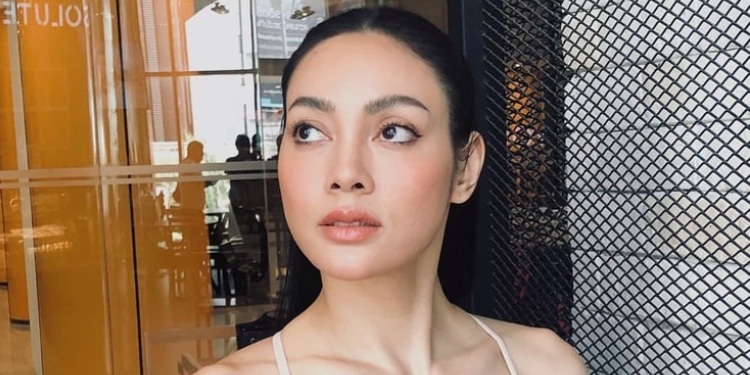 If you’re wondering who is the best actress of Thailand then Bongkoj Khongmalai is the answer to your question. Bongkoj Khongmalai is a famous and professional actress of Thailand. She has worked on various popular movies as well as TV series in Thailand. She was born on April 15, 1985, in the southern part of Bangkok Thailand. Not only an actress but she has a huge contribution to the modelling and producing field. She was born as Bongkod Bencharongkul.

Bongkoj Khongmalai was born on April 15, 1985, in the southern part of Thailand. This gorgeous beauty has not revealed the name of her parents as well as her siblings yet. Hopefully, in the future, she will open about her parents. For now, there is no information. Bongkoj spent her entire childhood and adulthood in Bangkok. She started her career in Modeling when she was 12 years old. She was cuter at her early age than she is now. Due to her beauty, Bongkoj Khongmalai got her first job as a Model in popular modelling agencies in Thailand.

However the name of the institution where she studied is not mentioned on any sites, we have the information that she is currently studying at Ramkhamhaeng University. Bongkoj Khongmalai has been very private about her education.

Bongkoj Khongmalai belongs to Thailand when it comes to nationality and she holds an ethnicity of Asian. The zodiac sign accompanying the birth sign of this beautiful Thai actress is Leo.

Bongkoj Khongmalai started her career as a model at the beginning but she was interested in acting more than in modelling.  She took her step into the world of acting through the popular TV series named Sum Saban Nga. This is a very popular Thai Tv series and it is loved by thousands of peoples in Thailand. After two years of break, she acted on another TV series named Look Mae.

Khongmalai has worked on popular Tv series such as Niraj Sorng Pop, Sanae Jun, Lady Bar, Sao Noi, and many more. For her career in film, she has acted in popular movies like Bang Rajan, Khun Pan: Legend of the Warlord, Ai-FaK(The Judgement), The story of the X-circle, Gin gwai 10, and many more. No wonders, Khongmalai has huge respect and she is loved by millions of her fans world wide.

Khongmalai was married to her long term boyfriend Boonchai Bencharongkul. They were in a relationship since 2008 and they were tied in a knot of marriage in 2013. Her husband, Boonchai, is a chairman of Btac and is a millionaire. His hobbies are collecting art and conducting business. They are blessed with beautiful children however they both have been private about revealing the name of their children.

Bongkoj Khongmalai lives her life very privately. She is only active on Instagram With a username(bong-kod-tak) and has 658k followers on her Instagram account. She used this social media site to interact with her fans and she used it to upload her photos and Videos.

The salary of Bongkoj Khongmalai has not been unfolded yet and it is currently under review. She earns a huge amount of money from her profession as a model. This profession pays her an amount of $40k-$50k annually. She is also paid by various brands through the contract. The total net worth of  Khongmalai in 2021 is estimated to be $2 Million dollars.

Her nude photo went viral on the Thai internet sites like Internet forum and Pantip.com. This photo was taken on the set of Ai-Fak. After some time, the local police arrested the uploader and Khongmalai forgave him and asked the authorities to drop the charges.