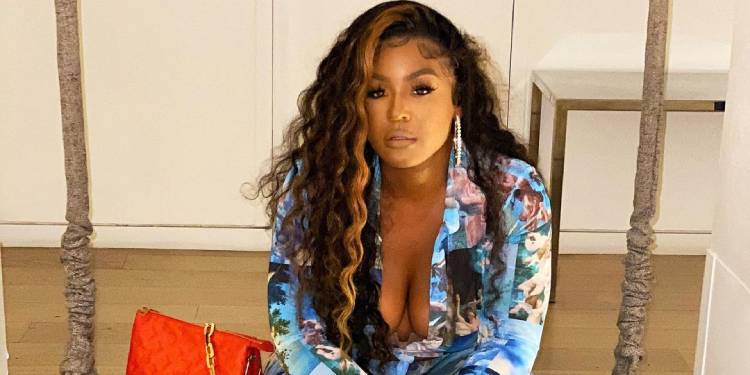 Brandi Maxiell is a television personality as well as a businesswoman. She rose to prominence after being one of the stars of the reality series called Basketball Wives LA on the channel VH1. Furthermore, she is also famous as the beautiful and loving wife of the former professional basketball player, Jason Maxiell. Please stick with us to know more about the businesswoman and her journey to stardom.

Brandi Maxiell’s birth name is Brandi Duncan. She was born on 21 May 1983 in the city of Dallas, Texas, the United States of America. She was born to her mother, Terri Duncan, but she has not shared her father’s name at the moment. Online sources state that her parents separated when she was a young child and her mother raised her all by herself. However, she does love her father a lot despite spending her childhood away from him. Talking about her siblings, she has not yet disclosed if she is a single child of her parents or siblings. Besides this, she is currently 38 years old with the zodiac sign of Taurus.

Maxiell is an American by nationality, and she belongs to mixed ethnicity. She descends from African-American ancestry through her parents’ side. Unfortunately, she has not shared the details of her religious background at the moment. Focusing on her education, her schooling education, and related information stays behind the curtains. For further education, she enrolled at the University of North Texas. She completed her education in the year 2007.

You might want to check out entrepreneur, Peter Buchignani.

Brandi stands at the height of 5 feet and 7 inches (1.70m/170cm) tall, and she weighs around 62kg (136lbs). Moreover, she has an attractive and hourglass-shaped body figure with a body measurement of 37-25-37 inches. Furthermore, the color of her eyes is dark brown, while the color of her hair is black.

Brandi Maxiell is a television personality. She appeared for the first time on television in the year 2010. First, she appeared as one of the basketball wives for an episode of the documentary series called E! True Hollywood Story. Following this, she appeared as a guest on the comedy and music talk show called The Arsenio Hall Show. Furthermore, she has also appeared on talk shows like Tie the Knot at the Grove: Opening Night and Access Daily.

The breakthrough moment of her on-screen career came in 2014. She starred as one of the prominent figures of the reality television series called Basketball Wives LA. The show features a group of women who were or are in a relationship with a professional basketball player. She appeared alongside numerous stars like Jackie Christie and Malaysia Pargo in the show.

Furthermore, Brandi is also a beauty and fashion enthusiast. She worked on her interests and began her cosmetics and beauty line called Brandi Maxiell Cosmetics. In addition to this, she is also the owner of the Midway Salon Suites, which aims at providing a better working environment for professional barbers, estheticians, and more. In addition to this, she also owns the shopping and retail store called E11even.

Brandi is active on social media platforms. Her official Twitter account (@BrandiMaxiell) currently has over 140 thousand followers. In addition to this, she is also an active Instagrammer with over 782 thousand followers on her account (@brandimaxiell). Apart from this, she does not have a verified Facebook page at the moment.

Maxiell is a married person. She is currently in a marital relationship with her husband, and his name is Jason Dior Maxiell. He is a former professional basketball player who used to play for Acıbadem Üniversitesi in the Turkish Basketball League. Before retiring from the sport, he signed a deal with the Detroit Pistons. This allowed him to retire as a member of the professional basketball team.

Brandi and Jason met for the first time as high school students. Since then, they have been together with each other. They walked down the aisle on 1 August 2020, and their wedding took place in Denton County, Texas. Following their wedding, they welcomed a son together on 11 November 2011.

You might want to check out entrepreneur, Dana York.

Net Worth of Brandi Maxiell

Brandi is a famous entrepreneur and a television personality. Her business has managed to garner a lot of followers, and it has been quite successful. She has also managed to earn a lot of fame, name, and fortune for herself. As of 2021, she has an estimated net worth of around $3.5 million.