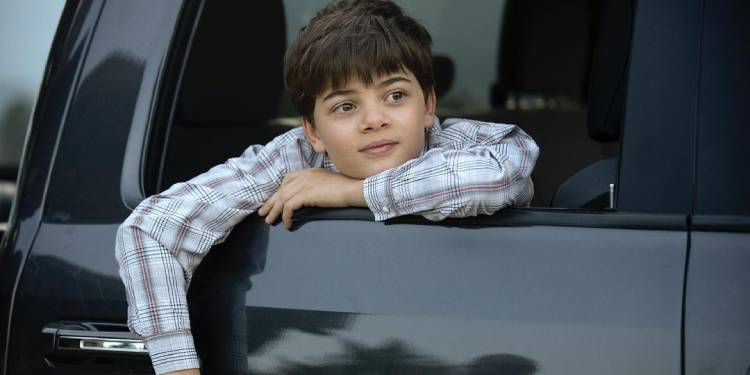 Brecken Merrill is an American child actor. He is well-known for appearing as Tate Dutton in the western drama television series called Yellowstone. He is still new in the entertainment industry as he gave his debut performance in 2018. Since day one, he has been stealing a lot of limelight as an actor. Please stick with us to know more about the young talented actor and his rise to prominence.

Brecken Merrill was born on 20 June 2008 somewhere in the United States of America. Unfortunately, he has not talked much about the identity of his parents at the moment. But we do know that they love and support their children very much. He grew up alongside an elder sister and a younger sister. His elder sister’s name is Karis Merrill, and she is also a star, just like him. She is a young and talented actress, a model, and a singer. She is currently working with the Paloma Modelling Agency.

Likewise, Brecken’s younger sister’s name is Seren Merrill, and she has also established herself as an actress and a voiceover artist in the entertainment world. Besides this, he is currently 13 years old with the zodiac sign of Gemini. Furthermore, he is an American by nationality since he was born in America, and he belongs to the white ethnicity. Apart from this, he has not revealed the details of his educational journey at the moment.

According to a report by Outsider, Brecken Merrill is currently studying at the same performing arts school where his sister is studying. He expressed his excitement about studying alongside his sister in the same school. He is also making a return to education after playing a recurring role. Besides this, he has not revealed which religion he practices at the moment.

You might want to check out Wendy Moniz from ‘Yellowstone.’

Brecken Merrill currently stands at the height of 4 feet and 8 inches (1.42m/142cm) tall, but he will surely grow in height in the future. Apart from this, he has not shared vital information about his body measurements, including his weight at the moment. However, judging by his looks, he is a healthy young man. Furthermore, the color of his eyes is brown, and so is his hair color.

Brecken Merrill is an actor by profession. He recently made his way into the entertainment industry, and his debut performance came in the year 2018. His debut role would mark the breakthrough moment of his career as many people loved watching the young talent on-screen. He was able to land the recurring role of Tate Dutton as the very first role of his professional career.

Brecken played the role for 36 episodes of the western drama television series called Yellowstone. The series has received a lot of positive reviews. He appeared alongside actors like Kevin Costner and Kelly Reilly in the series and is the youngest crew member of the show. Following this role, he is currently working with the upcoming drama and comedy show called We All Got Up to Dance. The show is now under production, and he will appear as Emmett LeClair in the series.

You might want to find out more about Kevin Costner’s wife.

Apart from this, Brecken Merrill is active on Instagram. His official account (@breackenmerrill) has over 37 thousand followers. He likes adventure, and he has traveled to various adventurous destinations. He shares beautiful pictures of his adventure with his fans. He also likes posting about his work on the gram. Besides this, he is not active on other social media handles like Twitter and Facebook.

Net Worth of Brecken Merrill

Brecken Merrill earns from his professional career as an actor. He is a very talented young actor, and the fans love watching his performance. He has also made an impressive amount of fortune through his acting career. As of 2021, the 13-year-old talent has an estimated net worth of around $200,000.