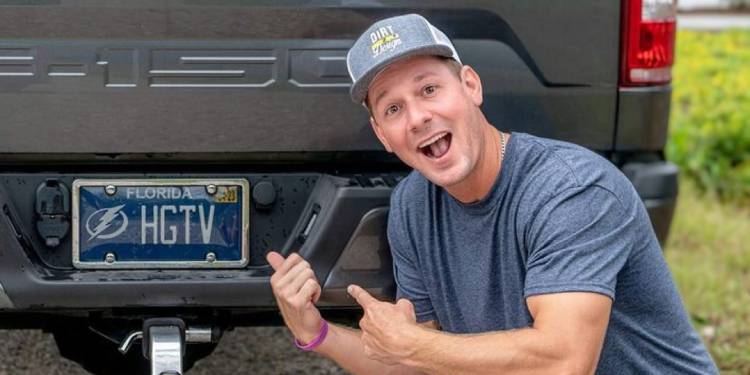 Brian Kleinschmidt is a television personality as well as a developer. He is famous for appearing in ‘100 Day Dream Home’ and ‘The Amazing Race.’ He appeared on both these shows with different wives from his two marriages. Please stick with us to know more about the television personality, his wives, marriage, biography, and more.

Brian was a student of the Riverview High School. Upon the completion of this schooling, he enrolled at the University of Central Florida. Here, he studied radio and television programming as his major. Furthermore, he also contributed some of his time to sports entertainment marketing after his graduation.

Since he was born in America, he holds an American nationality, and he belongs to the white ethnicity. Sadly, he has not shared the details concerning his religious views and background at the moment. Additionally, he is 39 years old with the zodiac sign Taurus.

Brian Kleinschmidt stands at 6 feet and 3 inches (1.91m/191cm) tall, and he weighs around 84kg (184lbs). Additionally, he has not disclosed his exact body measurements. However, we can tell that he has an athletic body physique. In addition to this, his eyes are dark brown, and his hair is light brown.

Brian Kleinschmidt gave his professional on-screen debut in the year 2009. He participated in the adventure, family, game show, ‘The Amazing Race.’ He appeared alongside his first wife, Ericka, for 11 episodes of the show. The two wanted to prove to their parents that being an interracial couple was not a problem. Furthermore, they were the first interracial couple in the game. However, they faced a lot of problems during communicating in the game, which affected their performance.

In addition to this, Ericka’s short temper created many problems, but the couple was able to appreciate each other. He had a fear of heights while she had a fear of water. But they proved to be a strong pair despite their differences and worked as a team. They made it to the final three but went home, securing the third position in the competition.

Brian Kleinschmidt is currently hosting the reality television series, ‘100 Day Dream Home‘ with his second wife, Mika. The couple work as a team to make people’s dream houses come true. She works as the realtor while he works as the developer. Together, they help clients build a perfect house. In addition to this, he also works in the reality television series ‘Rock the Block,’ where he renovates the homes with his signature style and other business professionals.

Brian Kleinschmidt was previously in a marital relationship with his ex-wife, and her name is Ericka Dunlap. Their first meeting took place in the year 2002. They met at the Campus of Central Florida’s leadership seminar. Highlighting Ericka’s background, she is the winner of the 2003 Miss Florida beauty pageant.

She is also the first-ever African-American contestant to hold the title. The two of them decided to get married in the year 2007. However, things did not work out for the couple as they parted ways in 2011 for reasons that are still a mystery.

Following Brian’s divorce from Ericka, he married his second wife, and her name is Mika McGee Kleinschmidt. The two of them met for the first time during their high school days. Their first meeting was interesting as the administrators accidentally assigned him to a chorus class meant for girls.

Brian Kleinschmidt expressed his love and proposed to her after dating her for around two years. They decided to marry in the year 2013 and have been together ever since. While they were dating, Mika managed a gym that was a close competitor of Brian’s gym. So he convinced her to leave the gym and join his gym instead as the manager, and she agreed joyfully.

Following their marriage, Brian and Mika are raising their daughter together, and her name is Jade. However, Jade is not Brian’s biological daughter. She has also not shared any information about her past lover and Jade’s actual father’s name. As of now, all of them are living a happy life together as a family.

Net Worth of Brian Kleinschmidt

Brian Kleinschmidt makes most of his fortune through his on-screen career. He has worked on numerous reality television series and has also been actively working in renovating houses. In addition to this, he also owns and runs his gym. As of the year 2021, he has an estimated net worth of around $1 million.