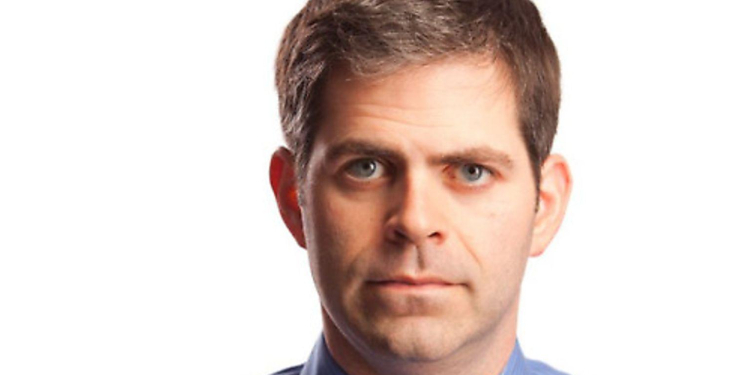 Brian Wecht is an American musician and an internet sensation known for being a member of the American musical comedy duo ‘Ninja Sex Party. He plays piano and performs alongside his band member, DanAvidan, who is well-known by his professional stage name, Danny Sexbang. Besides his musical career, Brian used to work as a theoretical physicist at the Harvard University. He stated that he developed an interest in physics after watching the American science fiction television series ‘Quantum Leap.’

Brian Wecht’s full name is Brian Alexander Wecht. He was born on 22 April 1975 in Pompton Plains, New Jersey, the United States of America, to parents whose information has not yet been shared with the public. Likewise, there is no information available regarding his family background and sibling details at the moment, so it is assumed that he was raised as a single child by his parents. Besides this, he is currently 44 years old with the zodiac sign of Taurus.

Brian Wecht holds an American nationality and belongs to white ethnicity. There is no information available regarding his ancestry and his religious background and practices at the moment.

Brian Wecht stands at the height of 5 feet and 8 inches (1.72m/172cms) tall, and he weighs around 69kgs (152lbs). He has an average body figure with a pair of bright blue colored eyes and brown colored hair.

Unfortunately, there is no information available regarding Brian Wecht’s schooling years at the moment. It is assumed that he completed his schooling at some local schools in his hometown. For further studies, he studied at the Williams College and the University of California, San Diego, where he graduated with a Ph.D. in Particle Physics in 2004.

Brian Wecht has contributed a lot of his physics talent by conducting a lot of researches for top universities like the Harvard University, the Massachusetts Institute of Technology, and the Institute of Advanced Study. In addition to this, he has also worked as a faculty member of the Queen Mary University of London, where his significant works were associated with quantum field theory and string theory. After retiring from the scientific field of work, he began his musical career after meeting his bandmate, Dan Avidan.

Brian Wecht has won two Improvisation News New York awards alongside his bandmate Dan Avidan for the Best Original Comedy Song and the Best Comedy Video – Short for their work in the 2009 short comedy video and song, ‘I Just Want To (Dance)’ in the year 2010.

Brian Wecht is married to his wife, whose name is Rachel Wecht Bitney. There is no information available regarding how they met or when they met, but it is known that they met a long time ago, and they remained in a relationship as a boyfriend and a girlfriend before their marriage.

The couple was blessed with a daughter whose name is Audrey Wecht following their marriage, and she has also made numerous appearances on Brian’s show with the name ‘Ninja Audrey.’ The family currently lives together in their residence.

Brian Wecht earns from his career as a physicist and through his musical career and has undoubtedly been able to amass a handsome amount of fame and fortune. As of the year 2021, he has an estimated net worth of around $5 million.

Brian Wecht is active on social media platforms. His official Instagram account (@bwecht) has over 352 thousand followers, and his official Twitter account (@bwecht) has over 462 thousand followers. In addition to this, he also has his own YouTube channel (Leighton Night with Brian Wecht) with over 2 thousand subscribers, where people can find the full-length podcasts hosted by Brian himself. Besides this, he is not available on Facebook.