Brianna Hildebrand is an American actress. She is famous for her roles as Negasonic Teenage Warhead in the films Deadpool and Deadpool 2.

Brianna Caitlin Hildebrand is an American actress who is currently one of the brightest stars in Hollywood. She is mostly known for her role in Deadpool and Deadpool 2. She is also an LGBT supporter. She has also appeared in movies like First Girl I Loved and Playing with Fire, and she has worked in TV shows like The Exorcist and the most recent show Trinkets, which is a loved show.

Brianna Caitlin Hildebrand was born in Texas, USA, on August 14 in the year 1996. She is the only child of Father Caleb Hildebrand and Mother Veronica Hildebrand. From an early age, she was interested in music and started playing and writing songs at the early age of 12. She also used to attend dance classes because she is skilled in different forms of dances.

Hildebrand started her high school in a public high school, known as A&M Consolidated High School in College Station, Texas. She was talented and won a competition organized by the International Models and Talent Association (IMTA) at the age of 16. As a price, she got an opportunity to study in Los Angeles. After winning the competition, she moved to LA and started taking acting classes. 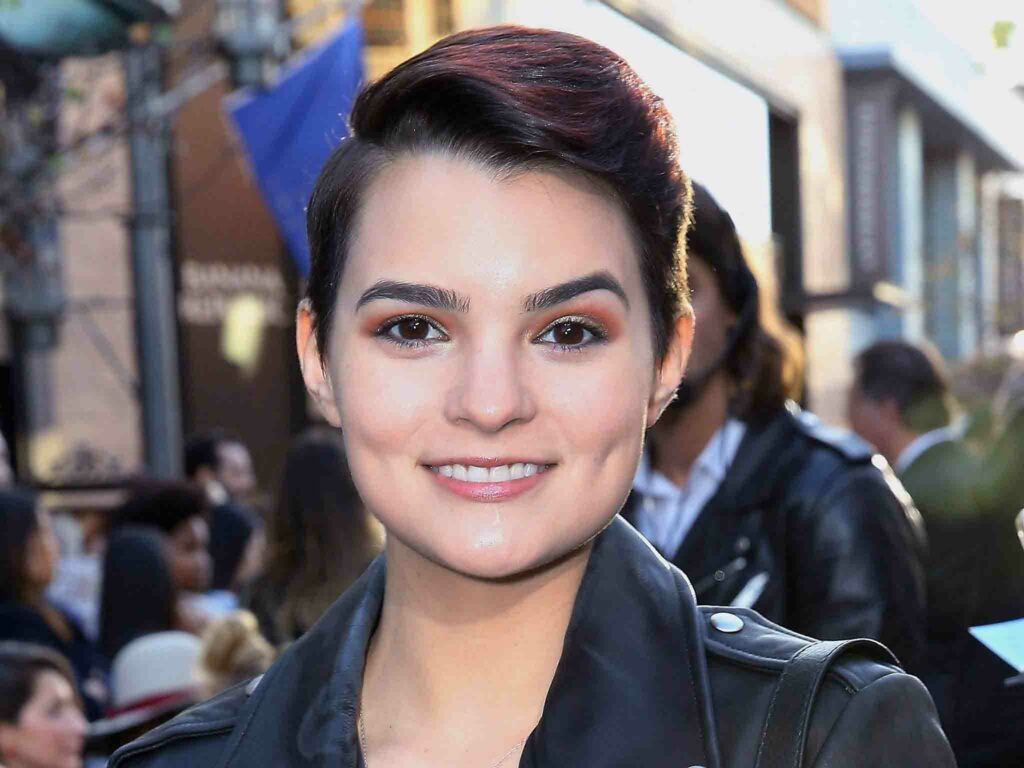 Brianna Hildebrand’s debut major appearance was in 2014 in a TV series, ‘Annie Undocumented.’ The series was awarded as the ‘Best web series’ as of 2014 in the ‘New York TV festival.’ As Annie’s best friend in the series, Jen’s performance was also liked by broad audiences and critics. She was offered a movie ‘Prism’ for the role of ‘Julia’ in the year 2015. The same year she played the role of ‘Grace’ in the short movie ‘The Voice Inside,’ which was also produced by her.

Brianna Hildebrand worked for the upcoming movie ‘Deadpool’ from march 2015 alongside famous actor ‘Ryan Reynolds’ who she tells to be a childhood crush and inspiration who inspired her on her role in the movie. She was portraying the role of ‘Negasonic Teenage warhead’ in the film. The movie was released on February 12, 2016. The movie was an instant hit, and her performance was nominated for the ‘Teen choice award.’ Later, in 2018, another sequel of the film ‘Deadpool 2’ was released, where she reprised her same role as the ‘Negasonic Teenage warhead.’

Brianna Hildebrand presented ‘Sasha’ in the 2016 movie ‘First Girl I Loved.’ She pictured a lesbian role, so she felt easy for the role and said she had to put out some school experience. In 2017, she made her TV debut in the role of main character ‘Verity’ in the second season of the horror-drama series ‘The Exorcist’ and was featured in all ten episodes. The same year she played another horror feature film ‘Tragedy Girls’ portraying ‘Sadie Cunningham.’

Her role in the horror films sectors was so loved that she won the ‘Best actress award’ for the horror/comedy category in ‘London Fright Fest’ and also in the ‘Brooklyn Horror film festival’ in the same year 2017, both for the movie ‘Tragedy Girls.’

In 2019, the actress played the role of ‘Brynn’ in the movie ‘Playing with Fire.’ She also appeared in an episode of the TV series ‘Love Daily’ as ‘Lizzy.’ Hildebrand has portrayed as the main character ‘Elodie Davis’ in the TV series ‘Trinkets,’ an American teen drama series airing 20 episodes. Hildebrand’s latest display is on a 2020 American thriller movie ‘Runt’ playing the role of ‘Gabriella’ which is directed by William Coakley. 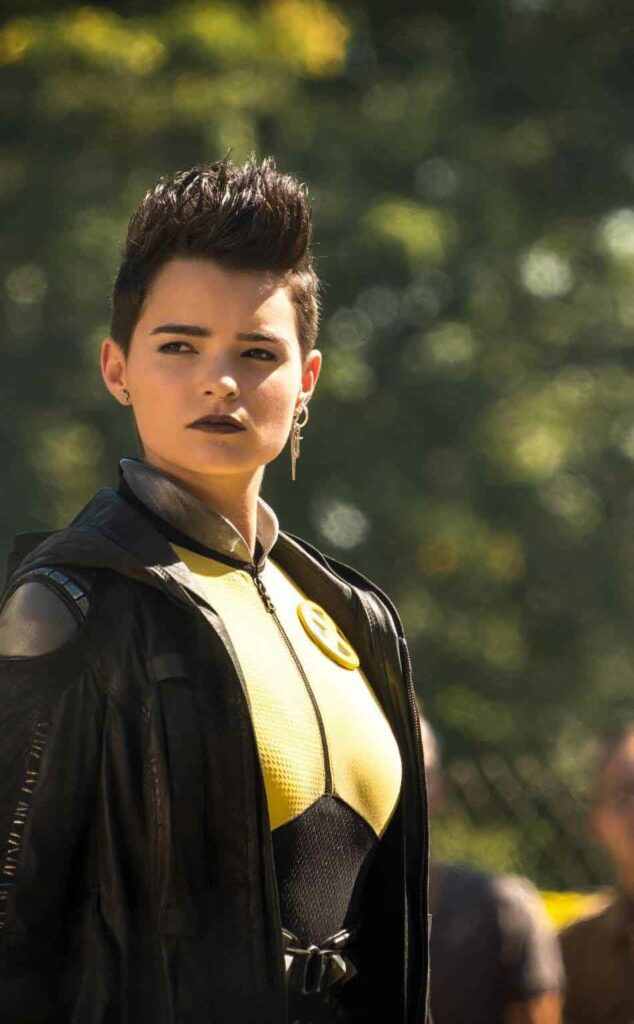 From Brianna Hildebrand’s early teen years, Hildebrand was open about her sexuality to her parents. Even though she had to face some troubles and difficulties, her parents accepted it and supported her. She discovered that she liked both boys and girls early in her life. She also does a campaign to support the LGBT community. She is delighted and proud that she came out about her gender. Early in her career, she was asked if she wanted to hide her sexuality to make it more comfortable in the film industry. She is relieved that she does not have to hide anything.

The American actress first started dating Jonneke Grisham in the year 2016.  They first met on the movie First Girl I Loved, where Hildebrand was featured as a lesbian, and Grisham was the set decorator. They started dating soon after, and now both of them have moved together to Los Angeles.

Age, Nationality, Height and other facts

Brianna Hildebrand was born on August 14th,1996, and is 24 years old (at the time of writing). She is an American born in the US; however, she is of German, English, Irish, and Mexican ethnicity. The 24-year-old actress comes from a religious background as her grandfather was a Baptist preacher, and her aunt also was a Pastor.

Brianna is 5 ft 3 inches tall, which is 1.6 meters and 160 centimeters. She weighs about 50 kg (110 lbs.). She has beautiful dark brown hair color, and her eye color is black. Her bra size is 34B. Her body measurement is 34-25-34 inches. The American actress is famous for her short-cropped hairstyle, which perfectly suits her, and her thick raised eyebrows, making her look even more stunning. 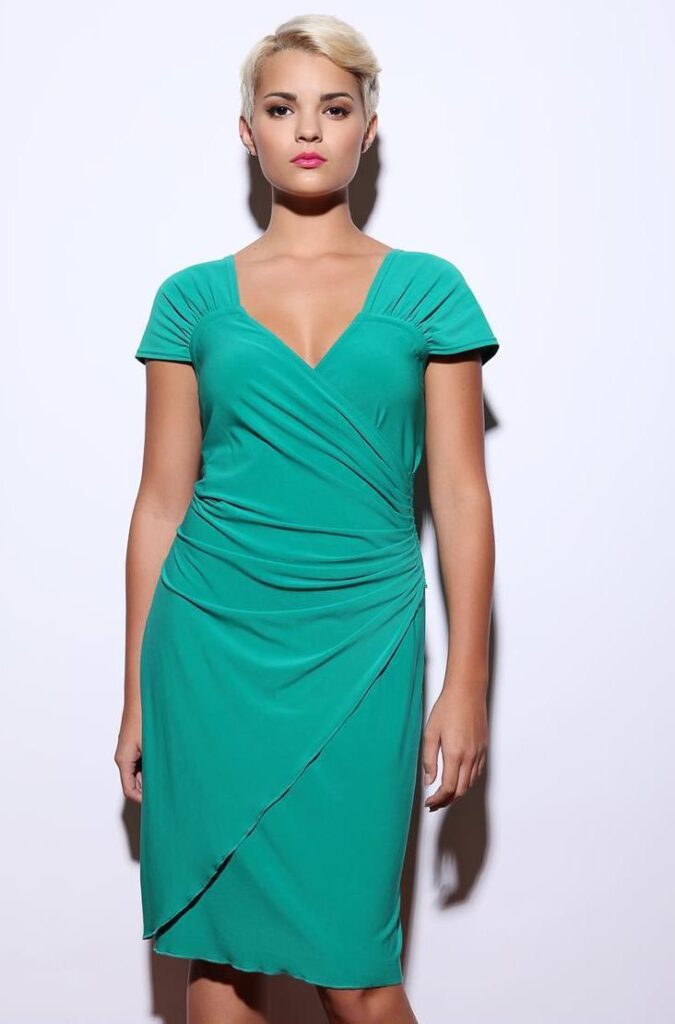 Brianna Hildebrand is a very successful and one of the brightest stars in the film industry. At such a young age, she has already made a mark in the industry with just a few roles. Her earnings from her various movies and TV shows are currently unknown; however, we can certainly say that her earning will only increase when she continues her career like this.

The net worth of the American actress is estimated to be over 1 million US dollars.