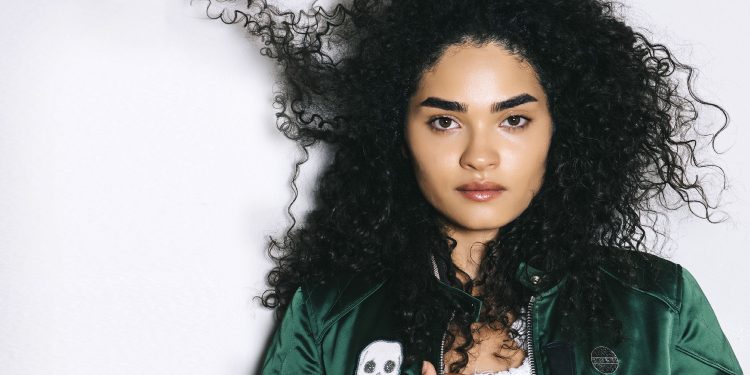 Brittany O’Grady is an American actress. She is famous for playing the role of Bess Alice King in the American romantic comedy-drama television series Little Voice. In addition to this, she is also renowned as the great-granddaughter of Billy Arnold, an early jazz bandleader. Could you please stay with us to learn more about her life?

Who is Brittany O’Grady? Parents

Brittany O’Grady was born on 2 June 1996 in Arlington, Virginia, United States of America. Her mother’s name is Monique O’Grady, and her father’s name is Mike O’Grady. She grew up alongside her brother, and his name is Mike O’Grady Jr. She developed an interest in singing and acting from a young age, and she began working on it. Besides this, she is currently 25 years old with the zodiac sign of Gemini.

Brittany holds an American nationality, and she belongs to mixed ethnicity. She descends from Irish ancestry through her father’s side and from African-American lineage through her mother’s side. In addition, she is a Christian, practicing Christianity as her religion.

Brittany stands at the height of 5 feet and 6 inches (1.68m/168cm) tall, and she weighs around 56kg (125lbs). In addition to this, she has a slim body figure with a body measurement of 32-25-34 inches respectively. Moreover, she has a pair of hazel eyes color, and her hair is black.

Brittany attended her high school at Arlington’s Washington-Lee High School. For further studies, she studied at Pepperdine University. She graduated with a degree in Theater. During her college years, she actively participated in public service announcements. She was also a part of the South Pacific School production.

Brittany is currently in a romantic relationship with her boyfriend, and his name is Ben Huyard. The two of them have been dating each other since their high schooling days. She frequently posts pictures with her boyfriend on her social media platforms. In addition to this, she also repeatedly states how her boyfriend has a pure heart, and she is lucky to have him in her life. Ben also shares a lot of cute pictures of Brittany with their fans. Besides this, she has not married anyone yet, nor does she have any children as of now.

Brittany’s fans have always shown an interest in knowing her beauty routine. They are curious to know how she manages to maintain such clean and clear skin. She recently talked about her skincare routine and beauty products with the beauty and fashion website, Glamour. Here, she spoke of the products that she uses to maintain the glow in her skin.

Brittany gave her debut performance in the entertainment industry in 2014. She played a minor role of a girl for an American television sitcom ‘Trophy Wife.’ In 2015, she played the role of Alicia for an episode of the American medical drama series, ‘The Night Shift.’

The breakthrough moment of her career also came in the same year. She played the recurring role of Nadia Garcia for 11 episodes of the American supernatural mystery drama series, ‘The Messengers.’ Since then, she has landed three leading roles in her career. She appeared in series like ‘Star,’ ‘Little Voice,’ and ‘The White Lotus.’ Moreover, she has also played in movies like ‘Above Suspicion’ and ‘Black Christmas.’ She portrayed the roles of Georgia Beale and Jesse Bolton-Sinclair, respectively.

Brittany earns from her professional career as an actress. She recently entered the entertainment industry, and she still has a long way to go. Despite this, she has managed to garner a handsome amount of fortune. In the year 2021, she is estimated to have a net worth of about $700,000.