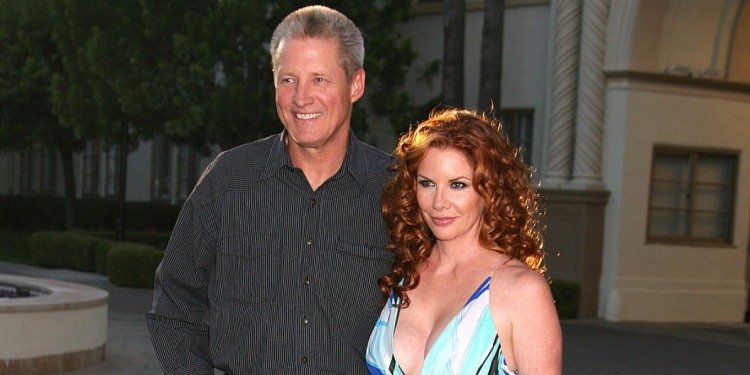 Michael Garrett Boxleitner is an American actor. He has landed the prominent role of Wallace Gordon in the action movie, ‘Necroland‘. Besides this, he is famous in the industry as the son of Melissa Ellen Gilbert, an actress, and director and Bruce William Boxleitner, also an actor and writer. Unfortunately, his parents parted ways after 16 years of marriage. Please stick with us as we talk about why the couple decided to end matters with each other after so long.

Melissa then dated Bo Brinkman who is an actor and producer by profession. Their dating became something serious and they decided to marry in 1988. They welcomed a son and his name is Dakota Brinkman. But her relationship with him also came to an end in 1992 when she learned that he was cheating on her with actress Shannen Doherty. She was living a single life when she met her crush Bruce Boxleitner after her divorce.

They got along really well and dated for over two years. They decided to get married in the year 1995. Following this auspicious ceremony, they welcomed a son in the same year. Melissa named him Michael Garrett Boxleitner in remembrance of Michael Landon. Landon passed away from a lost battle against pancreatic cancer.

Unfortunately, the tables began turning in their relationship after staying together for over 16 years. They decided to end their marriage in the year 2011. According to The Hollywood Reporter, Melissa filed for divorce against her husband and stated irreconcilable differences as the reason for their separation.

What is Melissa’s Current Relationship Status?

Melissa is currently married to the American actor and director, Timothy Busfield. The two of them first met after her divorce from Bruce. Both of them had failed marriages in their past and this sparked a mutual understanding between the two of them. They decided to give their relationship a chance and tied knots on 24 April 2013. They have enjoyed a married life of over 8 years as of now. According to her Instagram post, Timothy is her soulmate and she cherishes her relation with him a lot.