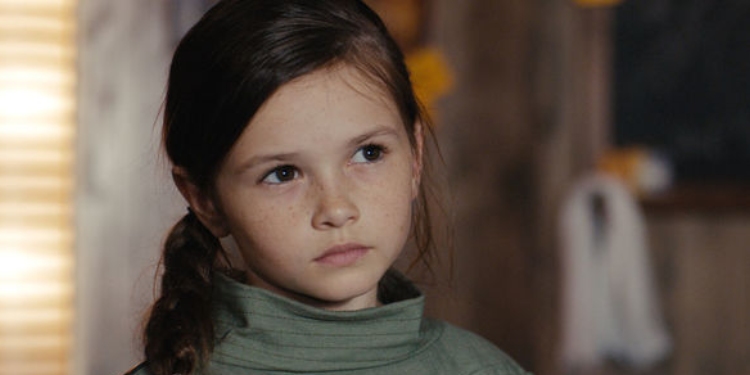 Cailey Fleming is an American child actress. She is well-known in the entertainment industry for portraying the role of Judith Grimes. She played this role from 2018 in the American post-apocalyptic horror television series ‘The Walking Dead.’ Another one of her most notable roles came in the year 2017 when she appeared with the role of Sorrow in the American comedy-drama television series ‘Better Things.’

Who is Cailey Fleming?

Fleming’s full name is Cailey Presley Fleming. She was born on 25 March 2007 in Picayune, Mississippi, the United States of America. Her mother’s name is Misty Fleming, and she is a field consultant. Her father’s name is Matthew Fleming, but his profession remains a mystery. She has an elder brother, and his name is Chandler Fleming. Besides this, she is currently 14 years of age with the zodiac sign of Aries.

Cailey holds an American nationality, and she belongs to mixed ethnicity. However, she has not mentioned any information about her ancestry at the moment. Besides this, she is a Christian, and she practices Christianity as her religion.

Cailey has not shared any information about her educational background and qualifications. However, since she is just 14 years old, she is probably still in her schooling years. So, unfortunately, information about where she studies remains a mystery.

Fleming gave her debut performance in the year 2015. She appeared with the role of young Rey in the American epic space opera movie ‘Star Wars: The Force Awakens.’ In the same year, she also played the role of young Tig for an episode of the semi-autobiographical comedy television series, ‘One Mississippi.’ The breakthrough moment of her career came in the year 2018 when she was cast for the role of Judith Grimes in the series ‘The Walking Dead’ alongside Emily Brobst and Alexa Nisenson. She is still portraying the position and is a regular cast member of the show as of now.

Cailey won an Honorary Award through the CinEuphoria Awards in the year 2020. She received and shared this award with the cast and crew members of the show. Some of the respectable members are Charlie Adlard, Scott Gimple, Austin Amelio, and Tovah Feldshuh.

Cailey’s Net Worth, How Much Does She Make?

Cailey earns from her professional career as an actress. She began her career at the age of eight and is quite successful as an actress. She makes around $6,000 to approximately $8,000 per episode. As of 2021, the young actress has an estimated net worth of roughly $2 million to $5 million.

Who is Cailey Fleming Dating?

Fleming is currently single and not in a romantic relationship with anyone. She is just 14 years old. Because of this, Cailey has not dated anyone in the past. She is currently focusing on her studies, and she does not have time for relationships.

Each of these pages focuses on providing the latest updates about Cailey, but no official pages belong to her. Likewise, rumors say that she has a YouTube channel, but there is no verified channel of hers.