Camila Mendes is an American actress. She started her acting career in 2017 in Teen drama series Riverdale as a Veronica Lodge.

Camila Mendes is an American actress/singer who has been active in the industry since 2017.  In her short period in the industry, she has been able to establish herself in the industry. She garnered international fame after appearing in the television series titled “Riverdale”. In “Riverdale”, she plays the character of Veronica Lodge. She has also sung several songs for the “Riverdale” soundtrack. She made her film debut with the film “The New Romantic”.

As the popularity of “Riverdale” rose, Camila’s popularity rose too. After appearing in “Riverdale” she has garnered much positive reviews and attention from the fans. Her social media following has multiplied massively and she is getting bigger roles in films and TV shows.

Camila Medes’s full name is Camila Carraro Mendes. She was born to parents, Gisele Carraro and Victor Mendes in Charlottesville, Virginia on the date of June 29, 1994. Her parents are Brazilian.  She was frequently moving when she was growing up. These posed a difficulty to her as she had to adapt to every place they stayed in.

She spent most of her childhood in Florida and she went to American Heritage School situated in Plantation. She also lived in Brazil for a year when she was 10 years old. 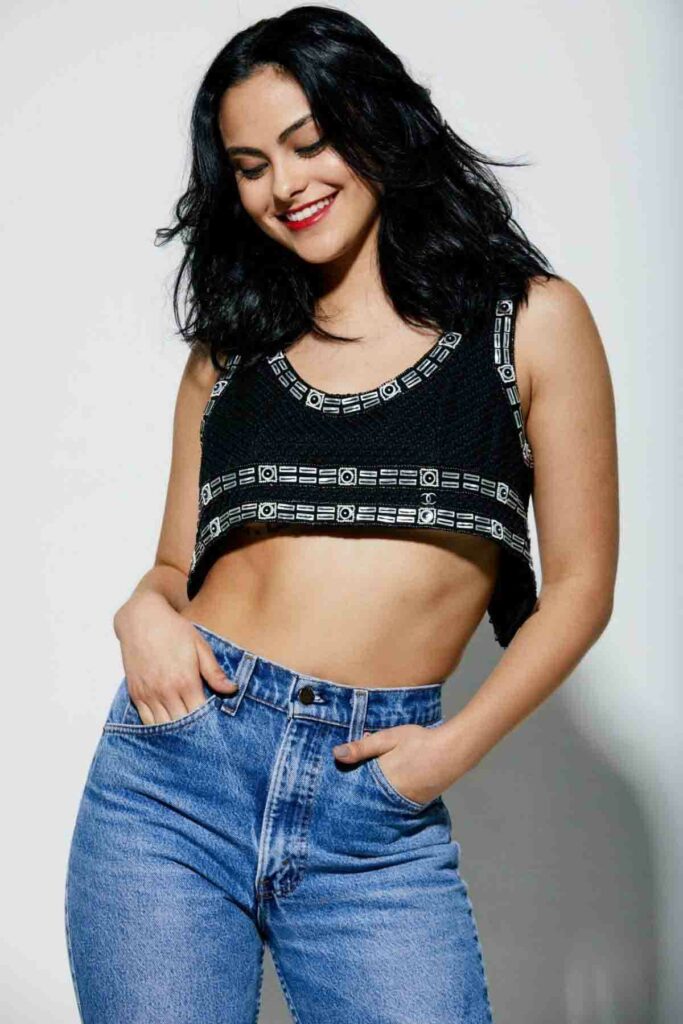 Camila Mendes graduated from New York University Tisch School of the Arts in 2016. During her time in the university, she met singer Maggie Rogers and later they went on to become friends. She also appeared in one of her music videos. She appeared in the video for the song titled “Give a Little”.

She stated that her tattoo that says “to build a home” was inspired after she was roofied and sexually assaulted when she studied at NYU.

Camila Mendes got her first acting job on an IKEA commercial.

After this, she got the role of Veronica Lodge in the CW teen drama titled “Riverdale“. The show first aired on January 26, 2017. It has aired four seasons as of 2020. The first season consisted of 13 episodes. The second had 22 episodes, the third season lasted for 22 episodes and the latest season consisted of 19 episodes. The season first aired on October 9, 2019, and last aired on May 6, 2020. A fifth season is set to air in January of 2021. The fourth season had 1.35 million average viewers.

In the series, Veronica is portrayed quite different from the comics. Mendes portrays the character of Veronica as a mature person who is deeply ashamed of her father’s incarceration. She was in a relationship with Archie and had moved to Riverdale from New York. As the series progresses, the relation between her and her father turns antagonistic.

She made her film debut in 2018 with the film “The New Romantic” in which she portrayed the character, Morgan.

In 2019, she acted in a Netflix film called “The Perfect Date” as the character Shelby Pace.

In 2020, she appeared in two films namely “Palm Springs” and “Dangerous Lies”.

Besides “Riverdale”, she has voiced the character Grace in the TV series “Grace” and Tessa Rose in “The Simpsons”. 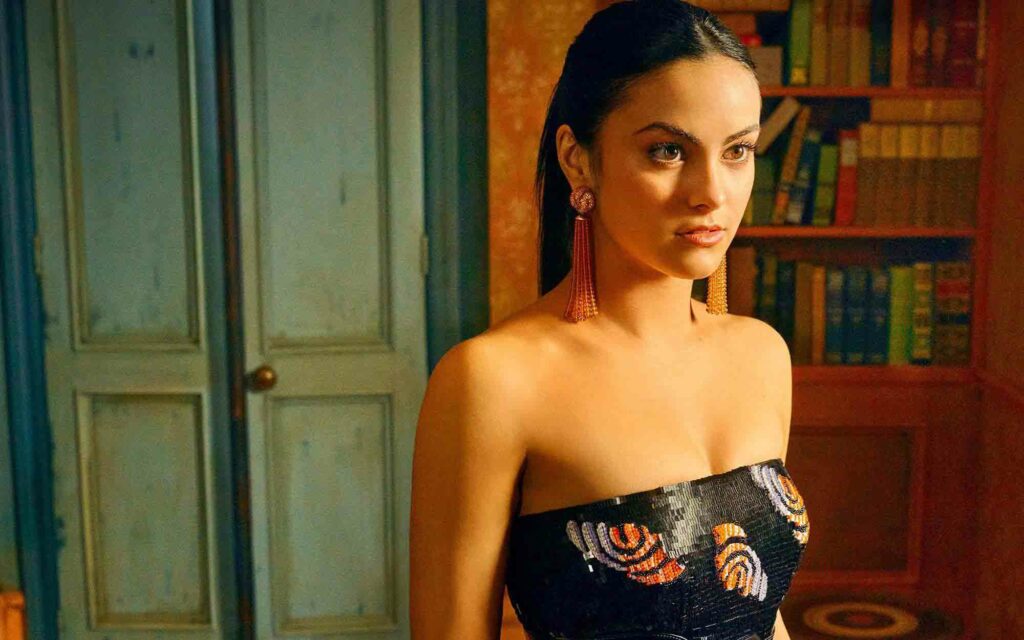 In 2017, Camila Mendes won the Teen Choice Award under the category “Choice Scene Stealer” for her performance in “Riverdale”.

In 2018, she was nominated for an MTV Movie & TV Award, a People’s Choice Awards, and two Teen Choice Awards for her performance in “Riverdale”.

In 2019, she was nominated for a Teen Choice Award yet again for her role in “Riverdale”.

Camila Mendes has suffered racial discrimination in Hollywood as people say she doesn’t look Latina enough when auditioning for roles with a Latin American background.

Mendes used to date her childhood friend named Victor Houston. Houston had shared pictures of her and Mendes together during her 24th birthday.  They two broke up after about a month from this after the San Diego Comic-Con.

It is speculated that she is dating Charles Melton, a co-star from  “Riverdale”. 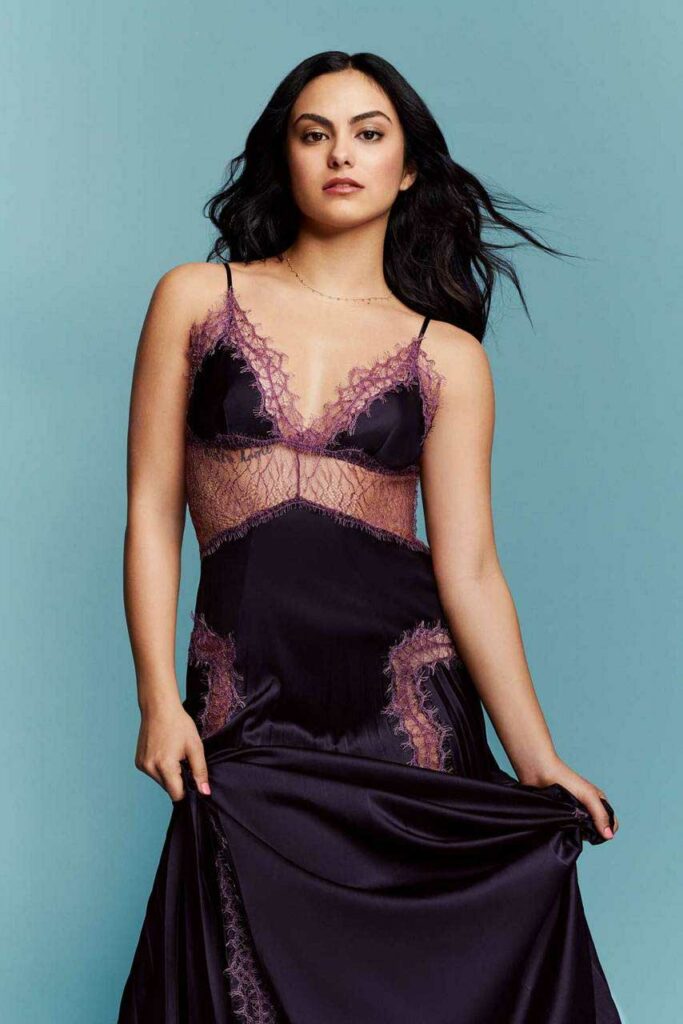 In her four years in the industry, Camila Mendes has amassed an estimated net worth of US$4 million. She makes most of her money from the films and TV shows she acts in.

About Alyson Hannigan    The value of money changes as per the life of people. A man with poor...

About David Schwimmer    A lot of scientific experiments are conducted every day. Scientists conduct experiments in order to make...

About Rose Leslie   Rose Leslie is a Scottish actress who has been active in the industry since 2005. She...