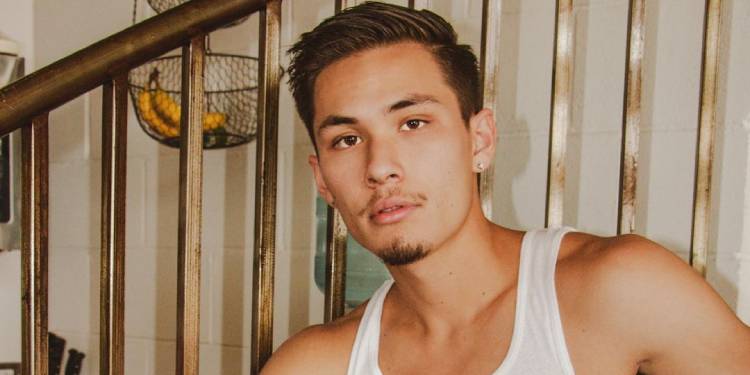 Carter Reynolds is a popular social media personality. He rose to prominence after sharing his videos on the video-sharing application called Vine. Furthermore, he is also a member of a group called the Magcon Boys alongside the famous singer Shawn Mendes. Please stick with us to know more about the famous star and the details of his life.

Carter Reynolds was born on 24 May 1996 in North Carolina, the United States of America. He was born to his mother, Jeremie Reynolds, and his father, Jeanie Reynolds.

They raised him alongside his elder sister, whose name is Kealia Reynolds. He has featured his family members numerous times on his posts and videos. Besides this, he is currently 25 years old with the star sign of Gemini.

Carter Reynolds is an American by nationality, L, but his ethnic background is still a mystery. Likewise, he has also not shared her religious background and practices with the public.

Regarding his education, she was a student of Jimmy C. Draughn High School. He has already completed her schooling, but the information about his further education stays behind the curtains.

Carter Reynolds stands at 5 feet and 6 inches (1.73m/173cm) tall, and he weighs around 68kg (149lbs). Unfortunately, he has not disclosed the details regarding his exact body measurements at the moment.

However, looking at his pictures, we can tell that he has a slim body physique. Furthermore, he has a pair of glowing dark brown-colored eyes with brown-colored hair.

Carter is a social media personality. He joined YouTube (Carter Reynolds) on 14 August 2013 and uploaded his first video on 24 January 2014. Since then, he has garnered over 10 million views on her channel and over 724 thousand subscribers.

He is not very active on YouTube, but he has posted a few videos on his channel. He likes sharing his interests with his followers and also loves doing different challenges.

However, Reynolds drew a lot of attention towards himself when he began making short and funny videos on the video-sharing platform Vine. Though the application is not active now, he had over 4.6 million followers on his Vine account (@Mr_Carterr) back in those days.

Furthermore, he was also one of the group members called Magcon, which stands for Meet and Greet Convention. Founded by Bart Bordelon, the group had a lot of social media personalities, including Shawn Mendes. However, the Magcon Boys are not active at the moment.

Following the discontinuation of Vine, Carter made his way onto a similar platform, TikTok. He started making short funny clips and lip-syncing videos on the platform and started drawing a lot of attention through TikTok.

Carter Reynolds is currently single and not in a relationship with anyone at the moment. However, he has had a lot of hookups in the past. He has dated a fellow Vine star, Maggie Lindemann.

They used to post a lot of pictures while they were dating. Likewise, he has also been in a relationship with another beautiful woman called Demi Plaras. However, they are no longer together.

Carter involved himself in a controversy during the initial days of his stardom. The media caught him elbowing a fan when she asked him for a photo. Likewise, he has also shouted off-screen that he hates his fans and also called them annoying.

Similarly, one of his private videos with Maggie also surfaced online to urge her to have sex with him. He has tangled himself in a lot of such controversies, which has weakened his fan base.

Net Worth of Carter Reynolds

Carter Reynolds earns from his professional career as a social media personality. He has managed to earn a handsome amount of fortune throughout his career. As of the year 2021, he has an estimated net worth of around $950,000.