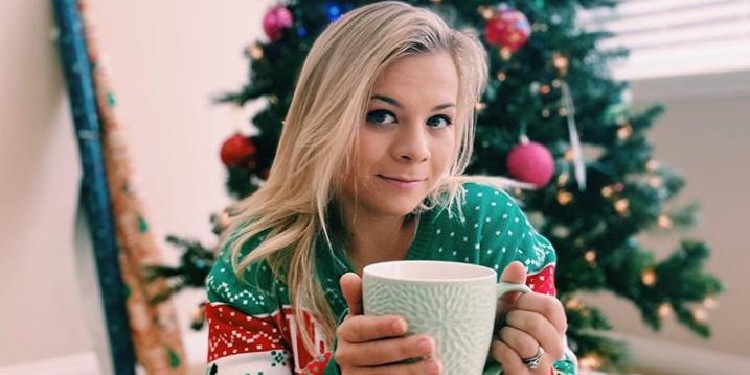 Cassie Hollister is an American YouTuber and social media personality. She is well-known for her YouTube channel (SoCassie). The base content for her videos is comedy, pranks, reactions, challenges, and vlogs. She is also immensely popular on Instagram with thousands of followers. Please stick with us to know more about the young entertainer and prankster.

Cassie is a left-handed person since birth and believes that it is the reason behind her terrible handwriting. In addition to this, she is an avid animal lover. Cassie has two dogs, and their names are Koda and Cece. Moreover, she also used to have three cats, but they all passed away. Besides this, she is currently 23 years old with the zodiac sign of Cancer.

Cassie Hollister holds an American nationality, and she belongs to mixed ethnicity. Besides this, she has not mentioned any information about her ancestry at the moment. In terms of her religion, she is a Christian and practices Christianity.

Cassie stands at the height of 5 feet and 5 inches (1.65m/165cm) tall, and she weighs around 55kg (121lbs). In addition to this, she has an hourglass-shaped body figure with a body measurement of 34-26-38 inches, respectively. Moreover, she has a pair of beautiful blue eyes color with blonde hair color.

Cassie has not shared any information about her educational background and qualifications at the moment. This reason hinders our current ability to identify her alma mater.

Cassie began her professional career through Instagram. She began posting her pictures which started to draw a lot of followers. Soon Cassie was also rising to fame on Twitter. She decided to join YouTube on 13 February 2016. Her already massive audience soared after she created her channel. The very first video of her channel was ‘5 Facts About Me‘. Likewise, she began uploading prank videos, challenges, and vlogs. As of now, she has a loyal fan-following on all her social media platforms. In addition to this, Cassie also has a secondary YouTube channel that goes by the name ‘C&C Life.’ She collaborates with her husband in this channel for numerous couple pranks, vlogs, and videos.

Cassie is the recipient of YouTube’s Silver Play Button Award. She received this award for surpassing 100,000 subscribers on YouTube. She is on her way to receiving a Golden Play Button from YouTube as of now.

Cassie is currently married to her husband, and his name is Carlos Liera. He has training in Brazilian Jiu-Jitsu. There is no information about when they met, but we do know that they dated for a long time before their marriage. Carlos finally decided to propose to Cassie in November 2017. They tied their knots on 13 April 2019. Their marriage vlog is also available on her channel. The two lovers got married on a yacht. Following their marriage, the couple recently welcomed their baby boy. His name is Jaxton Kai Liera, and he was born on 6 April 2021.

Cassie earns from her professional career as a vlogger and YouTuber. She has a lot of followers and is certainly popular in her field of work. As of 2021, she has garnered an estimated net worth of around $300,000 to approximately $450,000.