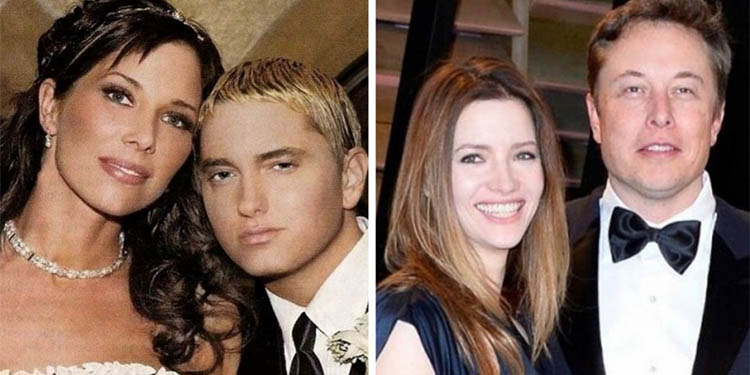 We have certainly seen a lot of celebrity marriages. While many prefer to celebrate their marriage in a grand ceremony, others prefer a small ceremony in the presence of only close friends and family. Furthermore, while some celebrity marriages mean forever, some marriages come to an end in a rather short period of time.

In addition to this, there are a lot of celebrities who have decided to give second chances to their marriages after separating from one another. So, please stick with us to find out about the celebrities who married their ex-lovers once again after facing a failed marriage before.

Pamela Anderson is famous for being one of the stars of the television series, ‘Baywatch.’ She is also a model and has appeared in a lot of photoshoots for Playboy. She is also famous for tying knots with her husband and the professional American poker player, Rick Salomon.

They started off as friends but their relationship proved to be a lot more than just friends. They first tied their knots in the year 2007. However, it was a short-lived marriage as they parted ways in 2008.

You might want to check out Michael Bolton’s Dating History.

But the lovebirds reunited again six years later and decided to give their marriage another go in the year 2014. They married for the second time but separated after a year for the second time after things did not work out. Pamela even talked about how going back to Salomon was a huge mistake with Ellen DeGeneres.

Elizabeth Taylor and Richard Burton have already left this world and passed on. But the couple left a lot of memories through their movies and also through their relationship. Taylor married eight times in her life and she married Richard twice.

Their romance began when they crossed paths for the first time in 1962 while filming ‘Cleopatra.’ After dating for two years, they tied their knots in the year 1964. Their marriage lasted for almost a decade before parting ways in the year 1974.

The American first tied knots with his ex-wife, Kimberly Anne Scott in the year 1999. However, they separated in 2001 and their relationship did not end on good terms.

Eminem has also dissed her on a lot of his songs. However, they decided to give it a go again five years later in 2006 but separated in the same year.

Melanie and Don are both prominent actors. Their romance began when she was just 14 years old and he was 22. She got engaged to him on her 18th birthday and they married for the first time in 1976.

They were lovers for a long time prior to their wedding but things did not work out for the two of them after tying knots. They were quick to part their ways as they separated in the same year.

10 Things You Did Not Know About Troy Winbush

The billion-dollar man and the boss of Tesla as well as SpaceX also join the list for marrying the same person twice. While he has been successful in conquering the business world, he has had a lot of ups and downs in his personal life. He began his romantic journey with the English actress, Talulah Riley in the year 2008.

After dating for around two years, they decided to upgrade their relationship and tied the knots in 2010. They stayed married for two years but separated In the year 2012. It was Musk who decided to call it quits.

However, they began living together and reconciled their marriage in the year 2013. They managed to stay married to each other for three years after remarrying but then separated again in the year 2016.

The rocking and dashing actor from ‘Friends’ has also married his ex-wife twice. The wedding bells rang for Elliott and Jennifer Bogart for the first time in the year 1973.

However, they were unable to sustain their relationship as they separated after two years in 1975. They decided to give their marriage a second shot so they married again in 1978. This time, they were able to work on their mistakes.

They even welcomed a son, Paul Bogart, and a daughter, Molly Bogart from their marriage. Unfortunately, everything repeated for the couple again in 1989 as they filed for a divorce for the second time.