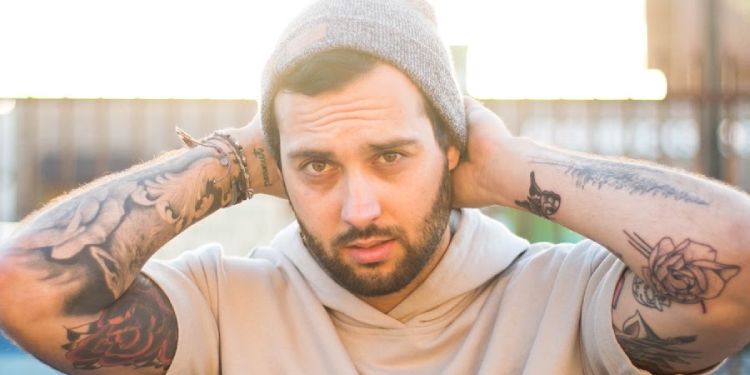 Chad Tepper is an American social media personality. He is well-known in the media as a YouTuber, singer, and actor as well. His channel features mostly his daily vlogs and also his music videos. In addition to this, he has also appeared on numerous television series like ‘Too Stupid to Die’ and ‘Blue’s Clues.’ Please stick with us to know more about his life and his work.

Who is Chad Tepper?

Chad was born on 7 May 1992 in Merritt Island, Florida, the United States of America. Unfortunately, he has not shared the identity details of his parents with the public. But we do know that he grew up alongside his brother and his name is Randy Tepper. In addition to this, we are also aware of the fact that he lost his father in March 2018. He uploaded a video back in 2019 and the title of the video was “Saying bye to my dad?” In this video, he speaks about his father’s passing away. Besides this, he is currently 29 years old with the zodiac sign of Taurus.

Tepper holds an American nationality and he belongs to the Caucasian ethnicity. However, he has not shared the details regarding his ancestry at the moment. In addition to this, his religious information is also currently a mystery.

Chad stands at the height of 6 feet 3 inches (1.90m/190cm) tall and he weighs around 83kg (182lbs). Besides this, he has not mentioned his exact body measurements to the public. However, judging from his looks, we can tell that he has a slim and fit body physique. Moreover, his eyes are dark brown in color and his hair is also dark brown in color.

Talking about his education, Tepper has not shared where he completed his high schooling and further education from. Because of this reason, we are currently unable to determine his alma mater.

Chad is currently in a relationship with his girlfriend and her name is Sara Salinas. She is also a social media personality like Chad. The two of them began their romantic journey back in the year 2014. They have shared a pretty strong bond since then and have also appeared on Chad’s videos on numerous occasions. However, they have not yet married nor do they have any children.

Prior to this, Chad was in a marital relationship with his ex-wife and her name is Allison. There is no further information regarding how they met or how long they dated before tying their knots. But we do know that they decided to get married on 9 July 2011. They enjoyed a married life of almost three years but then separated on 19 January 2014. The reason for their divorce was personal differences.

Tepper is currently famous on social media platforms. However, he was not always active on social media platforms. Prior to being famous, he used to skate and was also a professional skateboarder. Things began changing for the skateboarder when he made his way onto YouTube and created his own channel. He started making stunt videos and prank videos on the channel and this drew attention towards him.

Moreover, Chad has also made several appearances in numerous movies and television series. He appeared on five episodes of the children’s comedy television series, ‘Blue’s Clues’ back in 1996 as an additional crew member. He also played the small role of John in the 2016 movie, ‘Girl Lost.’ Likewise, he has worked as an actor in movies and series like ‘Actors Anonymous’ and ‘Content.’

During Chad’s time with Team 10, he also appeared alongside Jake Paul in the miniseries, ‘The Mind of Jake Paul.’ It was a comedic documentary that featured the mind of Jake Paul as the title suggests.

Tepper is the recipient of YouTube’s Silver Play Button and Golden Play Button Awards. He received these awards on the occasion of crossing 100,000 and 1 million subscribers on his YouTube channel respectively.

Net Worth and Merch

For Chad Tepper, the main source of income is through his career on YouTube. He has also had a decent amount of income by appearing in movies and television series. In addition to this, he also earns from his official merchandise which features a wide variety of caps including beanies and baseball caps. In the year 2021, he is estimated to have a net worth of around $500,000.