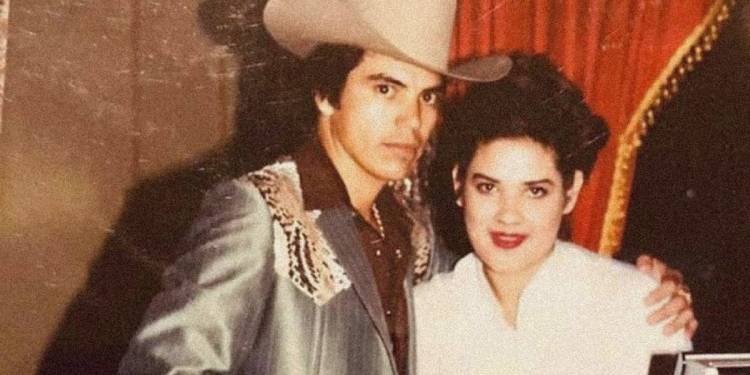 Rosalino Sánchez Félix or Chalino Sánchez was a reputed singer and songwriter from Mexico. He was a talented regional Mexican music singer, and his corridos were famous throughout the country. Despite this talent, he has involved himself in many criminal activities and has also served time in prison. Sadly, the singer is no longer with this world as he met with a very tragic incident.

The regrettable incident that took his life occurred on 16 May 1992. Two local farmers found his corpse at an irrigation canal. His eyes were blindfolded, and his wrists were tied. The leading cause of death was a gunshot wound to the back of his head. To this day, the police have not been able to determine who was behind his murder.

Chalino’s unfortunate demise took the world by surprise. A lot of people loved his performance and his music. Even today, his music is still alive and is highly famous among the Hispanic youths. On the other hand, many people mourned his demise, and one of them is his wife, Marisela Vallejos Felix. They walked down the aisle in 1984, but the tragic incident separated the lovers. Please stick with us to know the details about his wife.

Marisela Vallejos is also a Mexican

Marisela Vallejos Felix came to this world in 1970, and she grew up in Mexicali, Northwest Mexico. Much information regarding her early life is a mystery as she lived an everyday life before tying knots with Chalino. Their first meeting took place through his cousin. Chalino was still struggling with his career, but they fell for each other at the very first sight.

Marisela and Chalino dated for a couple of years before deciding to tie their knots in 1984. She supported him and loved him a lot. Through this support, he was able to work on his music and become a star by 1989.

You might want to find out who Fernanda Gomez is.

Marisela and Chalino were a happily married couple.

Marisela and Chalino were living a happy life together as a family. They loved each other a lot and were also each other’s support. They were even the proud parents of two children. They welcomed their first child, Adán Santos Sánchez Vallejo on 14 April 1984.

They conceived him before walking down the aisle. Following their wedding, they welcomed their daughter, Cynthia. The family of four lived a happy and luxurious life.

Unfortunately, all of their happiness and joy ended on 16 May 1992 when a tragic incident took Chalino’s life. The world lost a talented Mexican musician, and the family lost a loving husband and a caring father.

He knew that someone was coming after him as soon as he received a death note which told him that he would die after his performance at the Salon Bugambilias.

Realizing the danger, Chalino left the club as soon as he finished his performance with his cousin and brothers. However, the Sinaloa State Police stopped them on their way with unmarked cars and asked him to come with them. He agreed and got into their car, and it would be the last ride of his life.

The following day, two local farmers found his lifeless body at an irrigation canal. His eyes were blindfolded, and his wrists were tied. But the leading cause of his death was a gunshot wound to the back of his head. To this day, the police have not arrested anyone for the murder. Many believe that the Sinaloa State Police officers were behind the assassination.

Chalino had talked against the Sinaloa Cartel many times as they had raped his sister and killed his brother. This might be why he lost his life, but there is no strong proof regarding this topic. However, the Sinaloa State Police is infamous for doing the Sinaloa Cartel’s dirty works.

You might want to check out the details about Juan Rivera’s wife, Brenda Rivera.

Marisela’s husband is not the only one she lost.

Tragic incidents did not stop for Marisela Vallejos, as yet another incident took place four years after her husband’s demise. She was still recovering from losing a person she loved the most when another tragedy claimed the life of her eldest child.

Adán Santos Sánchez Vallejo was walking in his father’s footsteps and hoping to become a famous singer. However, he was also managing to garner a lot of fame for himself, and he became the youngest headliner and first regional Mexican to perform at the Kodak Theatre. He sang his greatest hits at the concert and was already on the road to stardom.

Unfortunately, all of his dreams and fame came to an end one week after his concert. He was returning to his father’s hometown in Sinaloa, Mexico, by road and was looking forward to attending a concert in Tuxpan, Mexico.

However, he never made it to the concert as, according to the police, one of his tires popped which made him lose control of the car and start rolling over. He lost his life on the spot as he sustained a lot of serious head injuries.

Where is Marisela Vallejos now?

Following the death of her husband and child, Marisela has chosen to stay out of the public’s eye. As a result, no one knows what she is up to now as she leads a very private life. Likewise, her daughter has also stayed away from the media’s attention, and there is no information on her whereabouts either.

However, Marisela did come into the limelight in 2018 after sharing her joy of getting American citizenship. She had been trying to get citizenship for around three decades. Apart from this, she chooses to lay low and lead a simple life. Her husband’s success in the music industry has financially helped her a lot, even after his demise.