Chiwetel Ejiofor is an English actor and filmmaker. His portrayal as Solomon Northup in the biographical period-drama film 12 Years of Slave won him a nomination for an Academy Award.

Who is Chiwetel Ejiofor?

Chiwetel Ejiofor is a professional and talented British actor popularly known for his starring role in the film 12 years of Slavery and numerous successful films. For his outstanding performance and professional acting skills, he has achieved numerous awards. He is proved to be one of the talented and best actor of this generation.

Ejiofor was born on 10th July of 1977 in the residential district named Forest Gate of capital city London in England. Thus, he holds the British nationality. His full name is Chiwetel Umeadi Ejiofor and is the son of Arinze (father) and Obiajulu Ejiofor (mother). He grew up in middle class family and he also has a younger sister named Zain Asher.

Ejiofor lost his father who was a doctor at the age of 11 in a car accident while his mother is a pharmacist and his sister is currently working as a CNN correspondent.

Chiwetel Ejiofor has shown interests in acting since his early years. He was involved in school plays and also appeared in the William Shakespeare’s famous play Hamlet during his time in Dulwich Prep London. He then joined the Dulwich College to pursue acting. During his early years, he acted in National Youth Theatre, Bloomsbury Theatre and Theatre Royal. He also studied acting in London Academy of Music and Dramatic Art for a year. 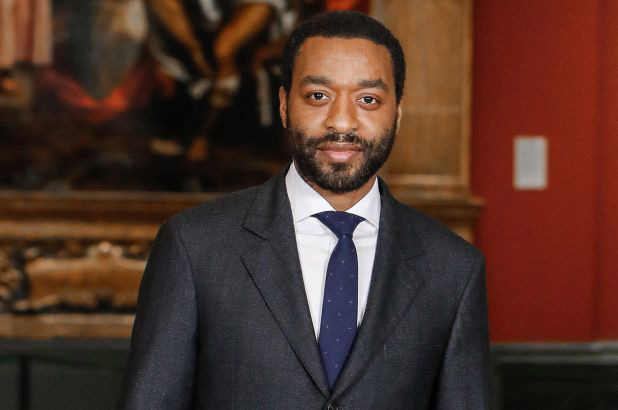 Before landing in films, he achieved huge success in theatre play. In 1995, he played the main role in William Shakespeare’s tragedy play called Othello. It was performed in Bloomsbury Theatre in 1995 and the play was again performed in Theatre Royal in 1996.

Chiwetel Ejiofor was awarded for Outstanding Newcomer by London Evening Standard Theatre for his performance in the play called Blue/Orange. In 2001, he also received the nomination of Laurence Olivier Award nomination for Best Supporting Actor. In 2000, for his performance in the play called Romeo and Juliet as lead Romeo, he earned the Ian Charleson Awards nomination. He also won the Jack Tinker Award for Most Promising Newcomer the same year.

In 2007, he appeared in the play The Vortex portraying the character of Nicky Lancaster. He again continued on his performance as Othello in the play by the same name. for his performance, he earned numerous praises as well as earned the Laurence Olivier Award for Best Actor.

After making appearances in films Amistad and G:MT – Greenwich Mean Time, he landed the main role in the British comedy film, It Was an Accident where he portrayed the character of Nicky Burkett in 2000. Then he continued on starring at various different films soon after that. In 2002, he achieved the British Independent Film Award for Best Actor for his performance in the thriller film, Dirty Pretty Things.

Chiwetel Ejiofor continued on appearing various other films namely love Actually, She Hate Me, Red Dust, Serenity, Four Brothers and so on. in 2005 he appeared in the comedy drama film, Kinky Boots as Simon Lola for which he earned the British Independent Film Award, Golden Globe Award and BAFTA Orange Rising Star Award nominations.

In 2013, Chiwetel Ejiofor played the lead role in 12 Years a Slave portraying the real-life character, Solomon Northup. His performance earned him huge praises from various critics. His performance earned him the Oscar award nomination for Best Actor in 2014. Since then, he has appeared in various other hit films like, The Martian, Doctor Strange, The Boy Who Harnessed the Wind, etc. 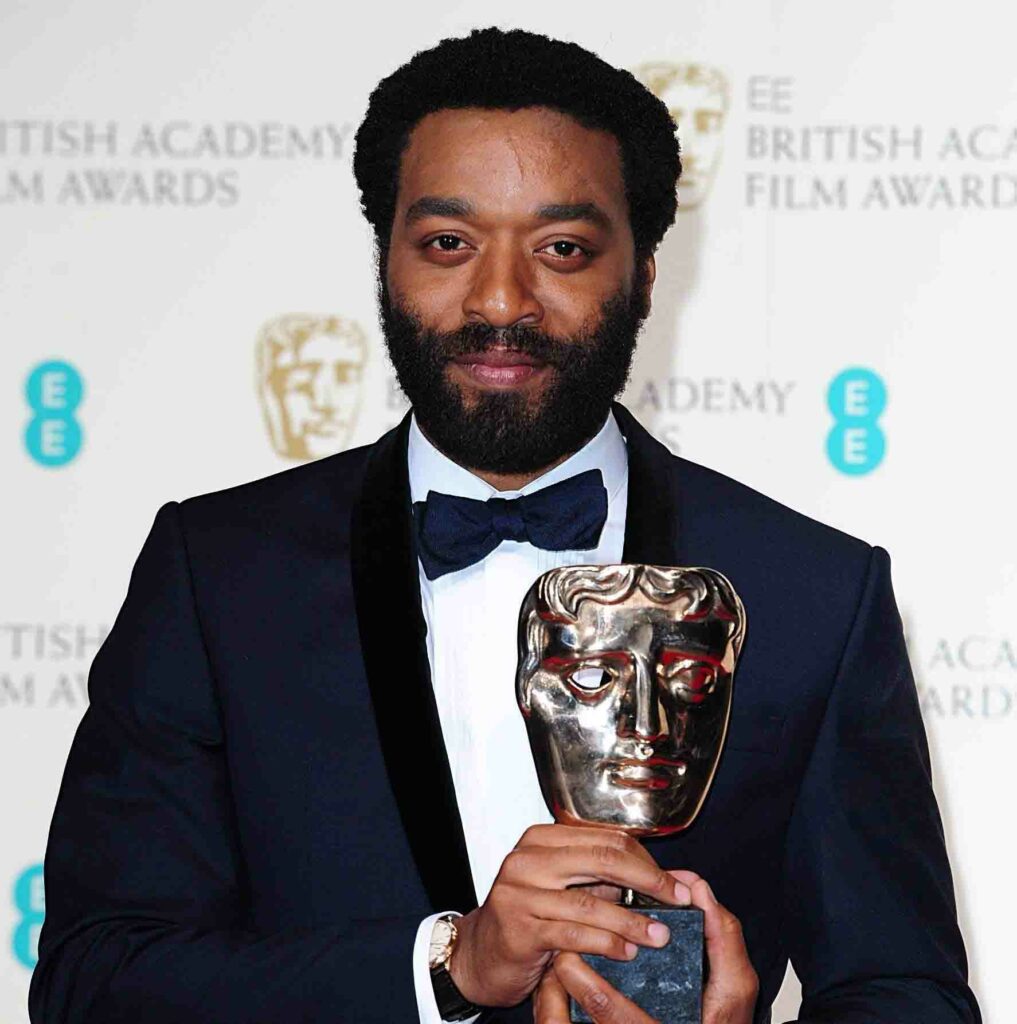 Chiwetel Ejiofor made his television debut long before appearing in the film. In 1996, he appeared in the TV film, Deadly Voyage making his Tv debut portraying the character of Ebow. He also made small appearances in TV series, Murder in Mind in 2001. In 2003, he made his appearance in the film based on William Shakespeare’s play, Twelfth Night portraying the character of Orsino.

In 2006, he received the nomination for Golden Globe Award for his performance in the disaster film, Tsunami: The Aftermath. He received his second Golden Globe Award nomination for the TV series, Dancing on the Edge where he portrayed the character of Louis Lester in 2013. Beside that, he has starred in The Shadow Line as Jonah Gabriel in 2011, Phil Spector as Mock Prosecutor in 2013 and Red Nose Day Actually as Peter in 2017.

Talking about Chiwetel Ejiofor’s dating life, he has dated number of beautiful women in the past. He is currently in relationship with Sari Mercer. He has dated actress Naomie Harris in 2000 but broke up after 7 years after that he had quite a few rumors about dating Lupita Nyong’o, a Kenyan actress whom he met during the filming set of 12 Years a Slave.

He is close with star Benedict Cumberbatch as well as English actor, Idris Elba. Andrew Lincoln is also his close friend.

Beside acting, Ejiofor spend his time serving the non-profit organizations. The GEANCO Foundation awarded him with Global Promise Award in 2015 for his service.

He is in his 40s but he isn’t married yet nor he has any child of his own. He is also closed from any social media accounts thus it is harder to keep track of his daily activities and love life. 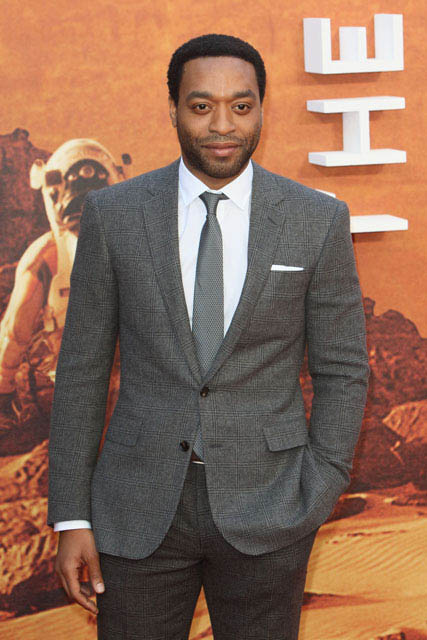 Chiwetel Ejiofor has the height of 5 feet and 9 inches with body weight about 79 kg. He has the average body build with the chest size of 44 inch. He possesses the dark skin and short black afro hair. He has dark brown eye. He also like to keep his beards short. He has large scars in his forehead.

His zodiac sign is Cancer and he belongs to black ethnicity. His sexual orientation is straight.

As of 2020, Chiwetel Ejiofor’s net worth is estimated to be around 12 million dollars. He earns his millions solely from acting and filmmaking.