Skip to content
Home » Gossip » Who is Chris Distefano’s Wife? Do They Have Kids? 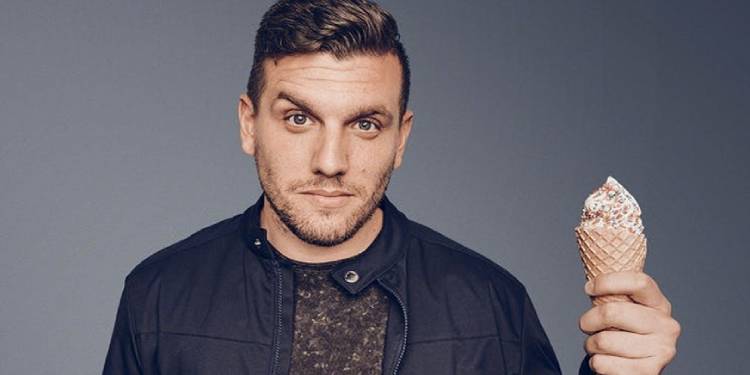 Chris Distefano rose to prominence in the entertainment industry after he began performing stand-up comedy.

Apart from making everyone smile through his comedies, Chris Distefano is also a family-oriented person. He cares a lot about his wife and he also manages to divide time between his professional and personal life and maintain a balance between them.

However, he learned that family is a precious term only after suffering a failed relationship with his ex-girlfriend and fellow comedian, Carly Aquilino.

As of now, Chris is living a happily married life with his wife and her name is Jazzy Distefano. Please stick with us to know more about his wife and also know if they have a child from their relationship.

Chris is in a marital relationship with his wife Jazzy and they have enjoyed being a couple for over five years. She is a Zumba instructor by profession and their marriage took place back in the year 2015. The same year, they also revealed that Jazzy was pregnant with their first child.

The pair together welcomed a beautiful baby girl and named her Delilah Distefano in May 2015. Chris often talks about and credits his wife and daughter on Instagram. He credits them by saying how they helped in changing him for the better.

However, it seems as if Jazzy has another son, according to the posts on her Instagram. His name is Tristan. This created a lot of confusion among the fans as neither she nor Chris talked anything about other children except their daughter Delilah.

Because of this reason, fans believe that the two children must be her children from her previous relationship. However, she has not confirmed anything regarding this claim yet.

Chris and Jazzy Distefano shared their happiness and excitement by revealing that they are going to be parents for the second time through their Instagram accounts back on 1 April 2021.

The pair together welcomed a healthy baby girl and named her Violette Luna. As of now, the family is living a happy life together along with the newest and youngest member of the family.