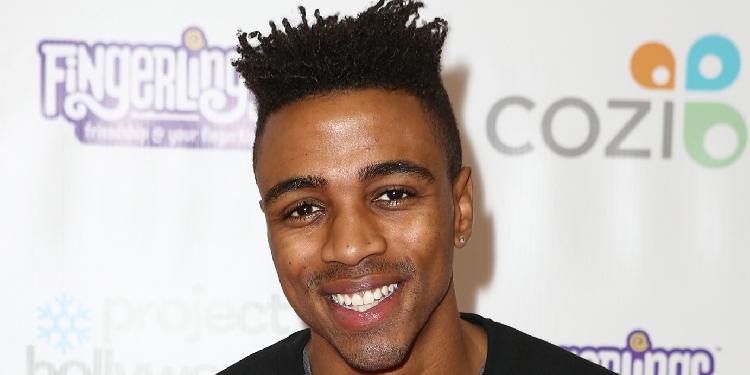 Christopher Richard O’Neal, recognized as Chris O’Neal, is an American actor. He is popularly known for his role in the 2012 Nickelodeon television series How to Rock, which premiered on February 4, 2012.

In How to Rock, O’Neal plays the role of “Kevin Reed,” a high school freshman who is the drummer for the band Gravity 5. Likewise, he is recognized in AMP House, Colin in Black & White (2021), and Greenhouse Academy (2017).

He has also appeared in several commercials in a Saturday Night Live skit before getting his first recurring role. In addition, he is co-hosting a new show on Nickelodeon together with Noah Crawford called You Gotta See This.

Chris O’Neal also portrayed the role of Ben Dupree in The Best Friend/ Sidekick, where he was the best friend of Griffin Bing and helped him in almost everything as he was his best friend.

Chris O’Neal was born on April 4, 1994. He is 27 years old as of 2021. He is lives in Teaneck, New Jersey, the USA. During childhood, he attended Teaneck Community Charter School and later on joined Teaneck Highschool. There are not many details about his parents and occupation are given. However, it is confirmed that he has a brother.

Chris O’Neal is a handsome hunk, with 6 feet 2 inches and weighs around 75 kgs. He is a man of average stature.

Chris is a private man who rarely mentions family details. However, he shares about his family and their sweet gestures on social media.

Once in an Instagram post, he shared how his father gave him money to buy presents for his mother on Valentine’s Day. His brother is quite active in social media, where he goes by the name ‘lasts”. In 2018, Chris’s brother shared a picture of both the brothers posing in front of the car.

Chris started his career with the role of Kevin Reed in the 2012 Nickelodeon comedy series How to Rock. It is an American sitcom that ran for about a year, from February 4 to December 8, 2012.

Christopher O’Neal portrayed the role of Kevin, who is the drummer for Gravity 5 and Nelson’s best friend. He is obsessed with food and is socially awkward with the girls.

It showed the best of the web, behind-the-scenes footage, celebrity interviews, pranks, and bloopers.

In 2016, he was cast as the star on the 2017 Netflix drama series Greenhouse Academy. There, he played the role of Daniel Hayward, who happens to be the former Captain of The Eagles, Hayley and Brooke’s ex-boyfriend.

He even made a cameo in Max’s Maroon 5 Medley. Currently, he is in the studio making music.

Chris is currently single, and he hilariously mentions about he has been gay-zoned by someone. He loves cracking jokes about his love life. For instance, on April 1, 2013, he tweeted, saying Tay Beckham is his girlfriend.

The actor further added that Tay doesn’t know that Chris is her boyfriend. Chris has mentioned his girlfriend several times on social media but never revealed his love’s name. As per the records, Chris is currently single.

Chris has a net worth of US$1 million to US$5 million. The credit of his fortune goes to his acting career.